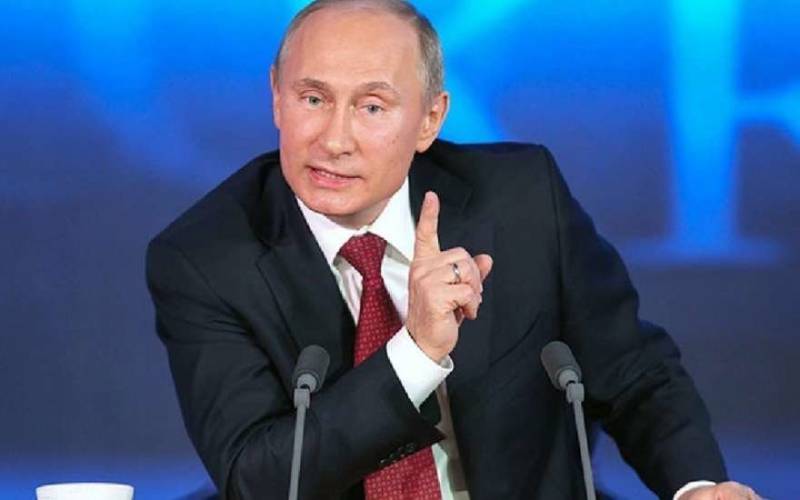 “Do you understand what the president said?” This was the most common question on January 1-2 of this year. Maybe someone like, but in my environment it was just like that. No one understood anything. I repent, I also do not belong to a cohort of those who are on an armored train.


Moreover, the fact that we have an orderly understanding, was confirmed by numerous "translators" on YouTube, who rushed to explain the races that stood behind each letter of the New Year's greetings.

You know, this is how in the distant 80s the texts of BG and Pyotr Mamonov “translated”. I remembered, because I also could not figure them out, although I tried.

But the point is not that on December 31 we didn’t understand anything, the New Year’s greetings were just a backdrop, the president there could read the “fawn-fawn”, everyone would do it. For tradition: before the coming of the next year, the president says something to his people.

But on January 15, we are waiting for a more (possibly) epoch-making event, namely a message to the Federal Assembly. I was frankly surprised that this year was so early, then, when the temptation began to look at with a mountain of hints, I realized that there would be something "archival".

I was really surprised by overtly aggressive advertising. So many hints, predictions, fortunetelling ... Will there really be something like that?

As I understood from the hints, the point is that Vladimir Vladimirovich supposedly tells us something like this ... About poverty.

In general, Putin has been talking about poverty every time recently. Earlier, much, much earlier, at the very beginning, the president talked about increasing the incomes of Russians, and like many others, I liked it a lot more.

It turns out that we fought, fought for higher incomes, and now we are fighting poverty. Or it is necessary to clarify, WHO should have increased income. If the Rotenbergs, Grefs and Timchenko - then everything is more or less clear, if I have - why didn’t they grow?

So, probably everyone can say.

It strains another nuance. If we fought for high incomes for 20 years, and now we will fight poverty, then at such a pace in 10 years more, what will we get? Poverty? And in 2030 we will hear about how our incredibly caring government will fight poverty?

Maybe. I wouldn’t want to become a prophet, but ... But not everything is working out for our government. And where do not look. The list of where you do not need to look, so as not to upset yourself, is so large that it is much easier to find corners where everything is still more or less going.

But I'm not about the government now, I'm about the message. Intrigues, hints, announcements ... Yes, they are announcing it. Almost a gift that the president has prepared for us. It seems that (this is again from the stated guesses in the media) we will talk about the sudden increase in pensions and incomes.

Again, without much-needed refinement - whose.

Simply, if this is another empty promise, such as control over rising prices of housing and communal services, fuel and other things, then it will remain an empty promise. And here it’s not even a matter of the fact that in our country the president is very peculiar in keeping his word given to the people, but in the fact that all promises will be fulfilled by those who, in fact, brought the country to poverty. 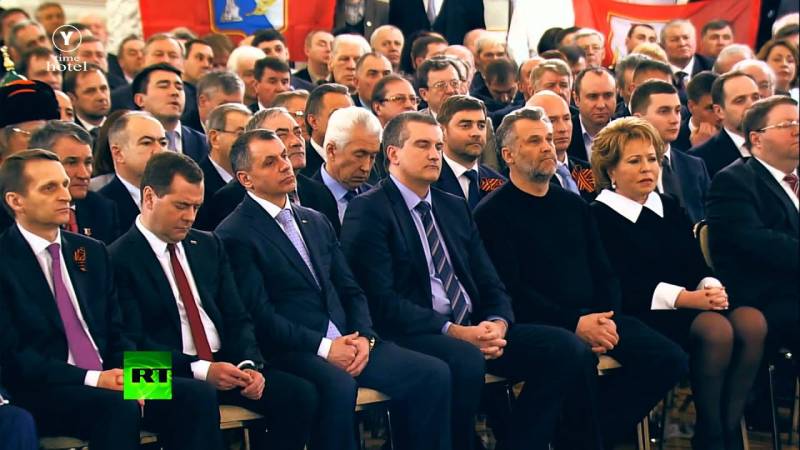 And now it will fight this poverty. Up to the next frontier. Either a brighter future, or to utter poverty.

Again, the fighters may well have a bright future, and the rest are just poverty. Everything is very simple and logical.

Of course, the promise of a good life in the future is positive. Such information is really nothing negative in itself. To promise the people that he will live well is just one of the responsibilities of both the president and the government.

It’s just that the promises should be followed by business, but with this, it’s just not so so for us. Not with us with the fulfillment of promises, seriously.

Meanwhile, in stores and markets, for some reason, promises are not accepted. Even Putin’s. Prefer money, both paper and electronic.

But the fact that promises are not being realized is what Vladimir Vladimirovich needs to think hard about. How many times have we watched on a TV screen how the president, speaking to the prime minister, to the ministers, says that “we need to pay attention” to this or that problem?

And then you should look at how the ministers act. No, no one says that they do not pay attention. Perhaps every time they pay close attention to the problem.

I translate: “pay attention” means to get acquainted with the problem. But nowhere is it said that it needs to be addressed. No one decides.

But the trouble is: if you do not keep promises and solve problems, the people simply stop believing in any promises, and those who make promises quickly lose credibility with the aforementioned people.

Agree, promises can be kept, can not be kept. With all the subsequent effects, from adoration to contempt. A third seems to have not been given, but ... According to many sober-minded people, our government has invented a very sophisticated third way.

This is when the fulfillment of a promise is replaced by an illusion. The illusion of execution.

But Russia is such a country that even illusions become a reality here. And as a result: they promised, they did something there, it seemed, they performed, they reported. But for some reason it’s not better. In the best scenario. At worst, things get worse.

A very peculiar way of cheating. But, as practice shows, effective. People watch / read bravura reports, and our zombie legion helps them in this: first of all, VTsIOM and Rosstat, who do not know where the growth figures come from, and then television, radio and media. Well, of course, biased bloggers, where without them.

And if everything is clear with television, then the radio, oddly enough, is another serious assistant for those who want to ride through the brains of the population. In personal cars and minibuses. But the blogosphere, given the fact that “you can find the truth on the Internet,” is now a worthy television assistant.

At the very least, those who want to tell “what Putin had in mind” are becoming more and more those who do not understand. So, it is quite obvious that the beginning is not just the beginning of another illusion, that Illusion will be waiting for us - with a capital letter.

Why is that? And because this enormous illusion, which will begin to be voiced on February 15, will be fanned for a whole year. Why? But because in September 2021, elections are waiting for us ...

And, of course, in these elections to the State Duma, the United Russia party is simply obliged to win another convincing victory. At any cost. The price is understandable, and therefore the pressure on the brain will be very, very thorough.

The illusion must be created and maintained precisely before the 2021 election, but in such a way that it would be possible to deal with the consequences only after the victory of United Russia in these elections.

That is why the president’s message to the Federal Assembly will be organized so early. It's time. 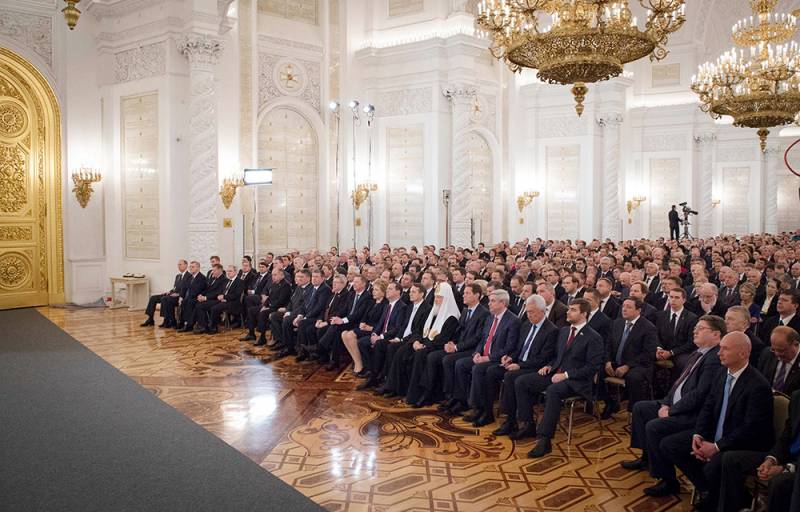 Now the main thing. As usual: “What did the author want to say?”

The author wanted to say that an illusion cannot be eaten, put for future use, sold or exchanged. This is an illusion that will be created in order to dust our brains, so that in the next election we either vote as it should, or create the appearance that everything turned out as it should.

Improving our lives with promises and illusions is impossible. This, I hope, everyone understands. Improvement is possible, but only if all the efforts of the authorities are aimed at ensuring that all citizens of our country live better.

But for this, first of all, it is necessary to radically redistribute income precisely within the country. But the existing government, of course, will not do this. How can it not go to the “moving” tax system: it is impossible to infringe on the financial condition of those who really steers the country, is not it?

Therefore, all that remains for the people, contemptuously called the electorate, is either to allow yourself to brainwash with the illusions of the “work” of the government and not to notice the processes taking place in the country, not to notice how everything or almost everything is falling apart, or to really think about and whether we go there the last 20 years.

Therefore, I am convinced that on January 15 they will promise us a lot and with taste. Moreover, they will promise more than ever. Everything that happens today is comparable to preparing for a general offensive, speaking in military language. Unfortunately, this will be an attack on our brains.

But it’s worth understanding that the more they promise us, the less they will do. Or even more so worsen our lives.

But to create the appearance that people are being taken care of is simply necessary.

However, I won’t be too scared if I say that lately TV shows with the participation of our president are becoming less and less popular, and even more so, they are irritating with their frank staging.

It is possible that soon these PR events will be compared in popularity with the show of another representative from the Federal Assembly, which is broadcasting on Channel One. "The word of the shepherd." 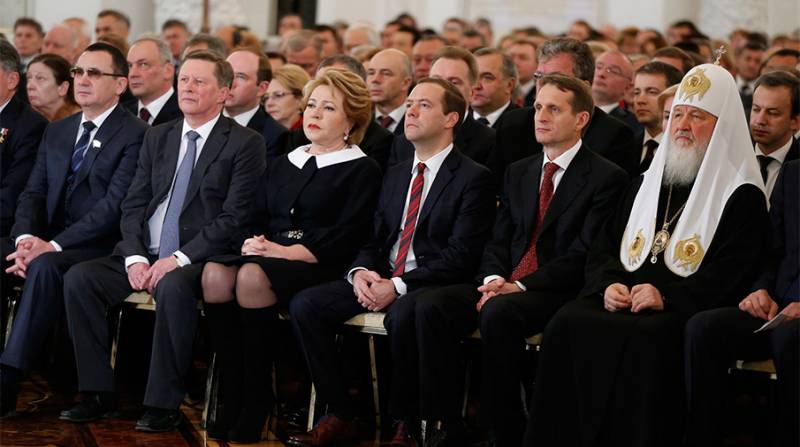 In general, the program is very interesting and even somewhat similar to what happens on all these “direct” lines, large press conferences and other messages.

You quite reasonably ask: what is there in common? The president of the country and the patriarch, a religious figure?

But the common thing in them is that it is a question of a miracle as a whole. And that this miracle must be generally believed. Preferably fervently and without requiring evidence.

Alas, we live in a time when you still want real confirmation. No, not from Cyril, from Vladimir Vladimirovich. It’s time.