"Battleships will deal with them": in the US on the fight against the "battering rams" of Russian ships 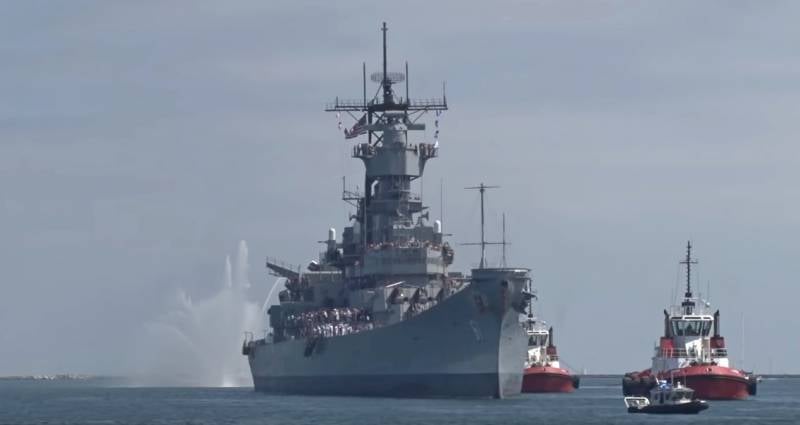 The American public has shown increased attention to the incident in the Arabian Sea. According to the Pentagon, the Russian reconnaissance ship Ivan Hurs made a “dangerous rapprochement” with the USS Farragut destroyer (DDG-99). Many Western publications reproach the military personnel of the Russian Federation for irresponsible behavior, seeing in it intimidation with a battering ram.

Thus, The War Zone believes that "ships of this size maneuver relatively slowly, which increases the risk of a serious and potentially fatal accident when they are in such close proximity." In general, readers of this portal share the opinion of this publication.

They [Russians] may simply not have discipline and / or vaccinated military professionalism. Russian troops are still mostly made up of conscripts, aren't they? (spookysquirrel).

In a normal universe, spy ships are a bit more secretive than this one (edcoolio).

Many commentators voiced the “cliche” that has formed in the West regarding the Russian Navy thanks to the efforts of the press:

Perhaps they just wanted to have a good look at the warship that was sailing without a smokescreen. This should be interesting for them (F12berlinetta).

Fake news - I doubt that it was a ship of the Russian Navy. I do not see any accompanying tugboat (Zenit Yaho).

Just another day at sea with the Russians [...] In the last two deployments, we had similar skirmishes with them. The most recent case was with Deleted [June 2019]. My commander threw his coffee cup at them from the wing of the bridge (SeaWookie).

A number of readers have suggested how to deal with similar problems that arise during the naval confrontation:

Next time, lower the boat and [from its side] break through the hull with a baseball bat (Joinupdriver).

I am for pulling out a couple of Iowas [battleships that have become museums], one for the South China Sea and one for the Russians if they want to fool around with bumpers (Binderman).

Why didn't the captain order a few warning shots from 25 mm cannons? (Mrcrea).

Some Russian reconnaissance ship is too close to the American destroyer, I repeat - the destroyer. What the heck? Is this a real destroyer or an inflatable boat, for God's sake? (StealthFan).