Internal affairs of the Soviet Union: fifteen ministers instead of one 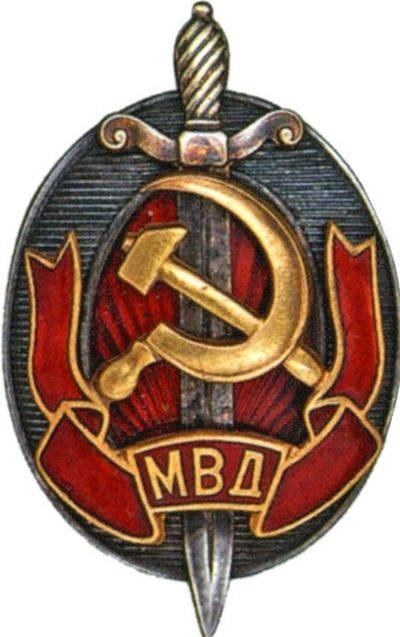 Acts of Nikita the Wonderworker. On January 13, 1960, by decree of the Presidium of the Supreme Soviet of the USSR, the USSR Ministry of Internal Affairs was abolished. Its main functions (the fight against crime and the maintenance of public order, the execution of sentences, the management of internal troops, the investigation of economic crimes, as well as fire protection) were transferred to the Ministry of Internal Affairs of the Union republics.

After the infamous “cold summer of 1953”, such a decision, in fact, can be considered quite consistent. But this decision was the second step on the path to the deep penetration of crime into power. Corruption, fundamentally impossible as a comprehensive phenomenon for decades, will soon become the norm in the USSR. 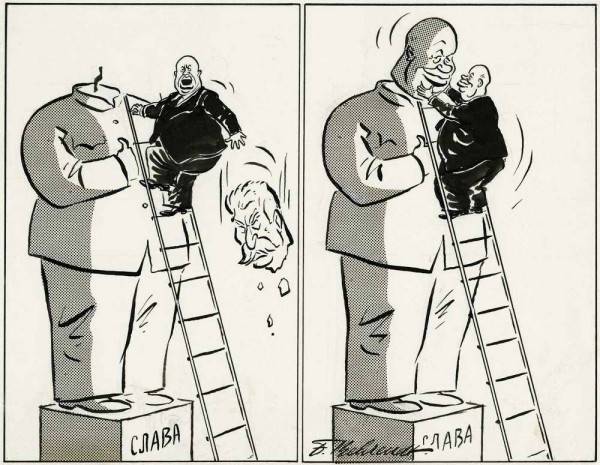 In addition, the rejection of the centralized management of internal affairs immediately inspired the local Ministry of Internal Affairs, once completely controlled by Moscow. But the most terrible consequence turned out to be the revived practice of protecting the local Russophobian groups by the local police.

Cover up and persecute the adherents of Soviet internationalism began to literally everywhere and from top to bottom. If we evaluate the decision made by direct order of the first secretary of the CPSU Central Committee Nikita Khrushchev in a wider context, then we have to recognize it as an integral part of the Khrushchev general line.

But it consisted in leveling, and as a result, consisted in reducing to zero the administrative and regulatory functions of the central apparatus of the Soviet state and the CPSU. Apparently, the "totalitarian regime" was clearly not to the liking of Khrushchev and his inner circle.

Of those who had experience in communication and working with Khrushchev, practically none of the top party leaders dared to speak directly against. Actively objected only to the last Minister under the Khrushchev Union Interior Ministry Nikolai Dudorov. An experienced apparatchik, a graduate of the Mendeleev Institute, who worked for many years in construction and industry, had a good understanding of what this kind of decentralization would lead to. 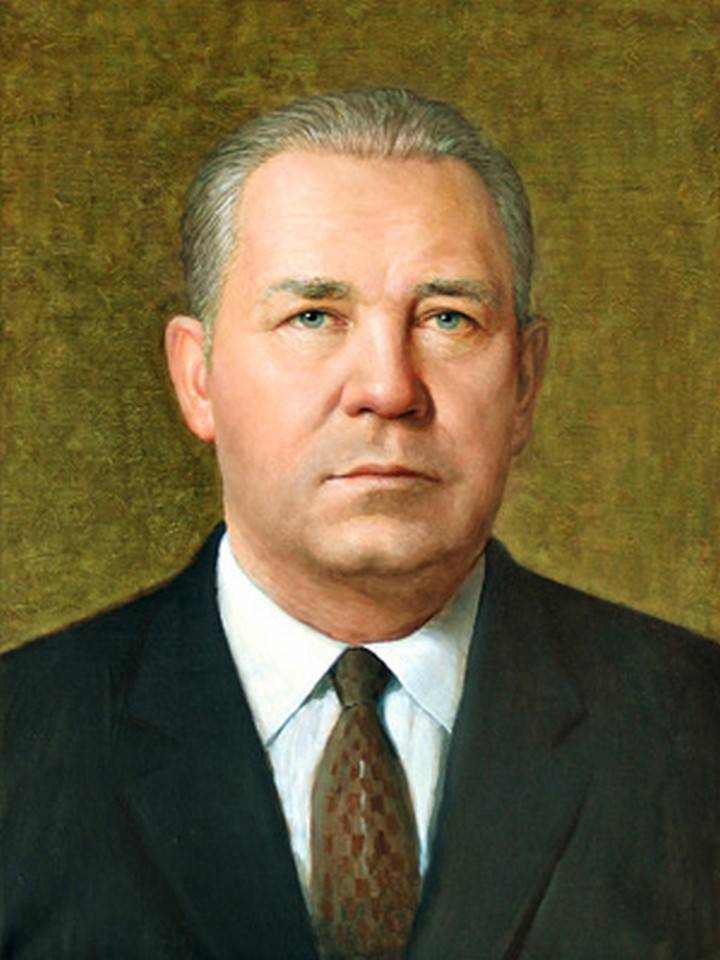 Nikolay Dudorov could be the last Minister of the Interior if the department had not been restored under Brezhnev
Khrushchev considered Dudorov one of his most devoted associates and did not forgive him for direct resistance. Nikolai Pavlovich was promptly expelled from the party Central Committee, having only been appointed director of the Glavmospromstroymaterialy department under the Moscow City Executive Committee.

Already in 1972, when they began to forget about Khrushchev, the 65-year-old Dudorov was completely fused into pensioners of national importance, and he began preparing for publication of his memoirs: "Fifty Years of Struggle and Labor." There, among other things, it was noted how the growth of separatist sentiments in the departments of the Union republics after 1956, and the fact that in Moscow they preferred not to react to this.

The republican authorities were all the more silent. And Dudorov’s memoirs were never published ...

The abolition of the union law enforcement agency was preceded by the appeal of the heads of the Ministry of Internal Affairs of the Union republics to Moscow, regarding the expediency of greater autonomy of these bodies from the union center. Such appeals became especially frequent in the late 1950s, after the reprisal against the anti-Party group. Moreover, the rapid growth of influence on the Kremlin of the ruling national elites of the Union republics began a little earlier - in the second half of the 50s, almost immediately after the memorable XX Congress of the CPSU.

In accordance with the line of this congress, the Khrushchev party elite took an accelerated course towards expanding the "autonomy" of the union authorities and their structures. This was almost the main condition for these elites to support the anti-Stalinist, and, in fact, anti-Soviet course of the Khrushchevites.

It is worth recalling that it was on the eve of the XX Congress of the CPSU that the rule that had been in force since the end of the 20s, according to which local leaders of Russian nationality should be the second secretaries of the Central Committee of the Union republics and regional committees of national autonomies, was canceled.

It must be remembered that Khrushchev and his accomplices were clearly, and sometimes even deliberately feared "the ghost of Beria." And above all, a new attempt to overthrow the Khrushchev leadership by law enforcement agencies. Which also predetermined the dissolution of the Union Ministry of Internal Affairs. As a result, the ruling ethnic clans began to “crush” the all-Union structures for themselves.

Who was afraid of the ghost of Beria

The main target of the impact of these elites was primarily the all-Union law enforcement agencies. Apparently, such a course was chosen in order to “be safe” in case of investigations of economic fraud and, all the more, anti-Soviet actions in the same republics. It is characteristic in this connection that in the "anti-party group" under the leadership of Molotov, Malenkov and Kaganovich there was not a single representative from the power structures of the union republics. 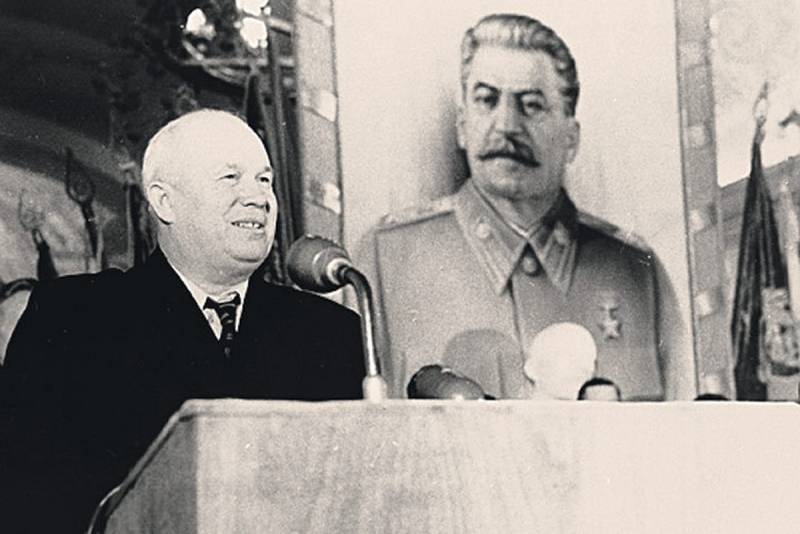 Moreover, it was the first secretaries of the Central Committee there who were the first to oppose the decision of the same group on Khrushchev's resignation, which had not happened then. Republican leaders immediately took the visor in front of Khrushchev, and they most harshly criticized the group of “Molotovites” at the famous plenum of the CPSU Central Committee in June 1957.

The consequences were not long in coming. Allied "cops" actively set about building up indicators. In the period from 1960 to 1964, compared with 1956-59, there was an impressive 20 percent increase in the number of people convicted of anti-Soviet activity and agitation in all Union republics, with the exception of the RSFSR.

At the same time, the majority of convicts in that register were Russian and Russian-speaking, with the largest number in the republics of Transcaucasia and the Baltic states. It was impossible to dispute the groundlessness of such indictments in the Union Center because the Union Ministry of Internal Affairs was recently abolished.

After the liquidation of the single union ministry in all union republics, they hastened to adopt new versions of the Criminal and Criminal Procedure Codes. And this, of course, strengthened not only the legal, but also the administrative-political "remoteness" of national regions from Moscow. Well, the fact that 25 percent more people were convicted of violations in the economic sphere during the same years did not pay any attention.

HSE associate professor Andrei Shcherbak in his study “Fluctuations in Soviet National Politics” (2013) rightly noted that “during the Khrushchev and Brezhnev rule, the“ golden age ”of ethnic institutional development has come. Representatives of ethnic intelligentsia in those periods received the widest possible opportunities for activities in various fields. ” 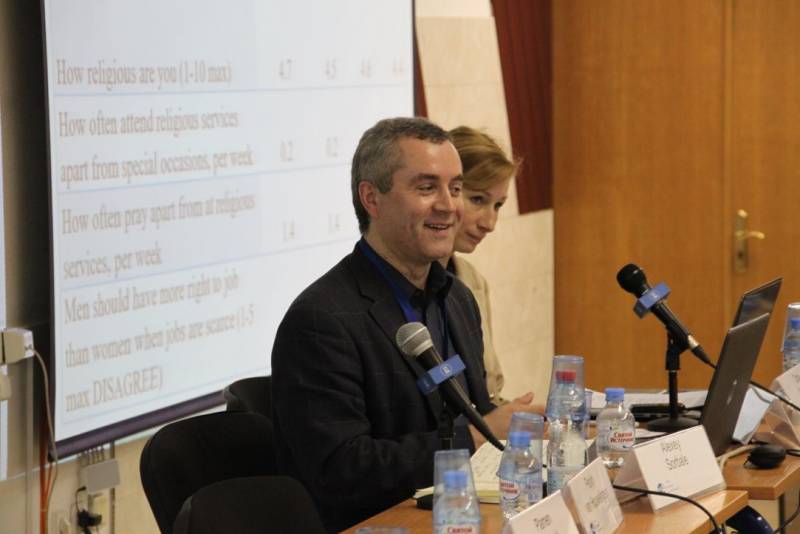 Andrey Scherbak, Associate Professor, HSE
However, in the same period the first shoots of nationalism were clearly outlined. Most clearly, according to A. Shcherbak, “they were expressed in the desire of local elites to have a greater influence on the policy of the union center and accordingly limit its interference in the internal affairs of national republics. Which happened from the Khrushchev period. ”

Is it worth it now to prove that Khrushchev somehow very internationalistly indulged Russophobia? It officially began with the notorious Decree of the Presidium of the USSR Armed Forces of September 17, 1955 "On the amnesty of Soviet citizens who collaborated with the invaders during the Great Patriotic War in 1941-1945."

It was with this decision that the nationalist sentiments in the localities grew. Then, quite logically, the creation of clandestine anti-Soviet organizations in the Union republics followed. And in parallel, their autonomy expanded, more precisely, independence in domestic politics. Two absolutely synchronous processes “from above” and “from below”, aimed at the systematic destruction of the Soviet state, have practically merged together.

The Union Ministry of Internal Affairs in the status of the Ministry of Public Order Protection (MOOP) of the USSR was recreated only on July 26, 1966, by order of the Presidium of the Supreme Soviet of the USSR. The MOOP of the Union republics were immediately subordinate to him.

And on November 25, 1968, all these departments were returned to their former name - the Ministry of Internal Affairs, with the restoration of the functions of the aforementioned union department. However, the "autonomy" of law enforcement bodies and the leading structures of the Union republics as a whole, once sanctioned by Khrushchev, was practically not suppressed during the Brezhnev and subsequent periods.

For many years after Khrushchev, the Union Center still depended to the maximum extent on the loyalty of the leadership of the fraternal republics so far ...

We are in Yandex Zen
At the forefront. Day patrol and guards
Popular unrest in the USSR. 1953-1985
92 comments
Information
Dear reader, to leave comments on the publication, you must to register.