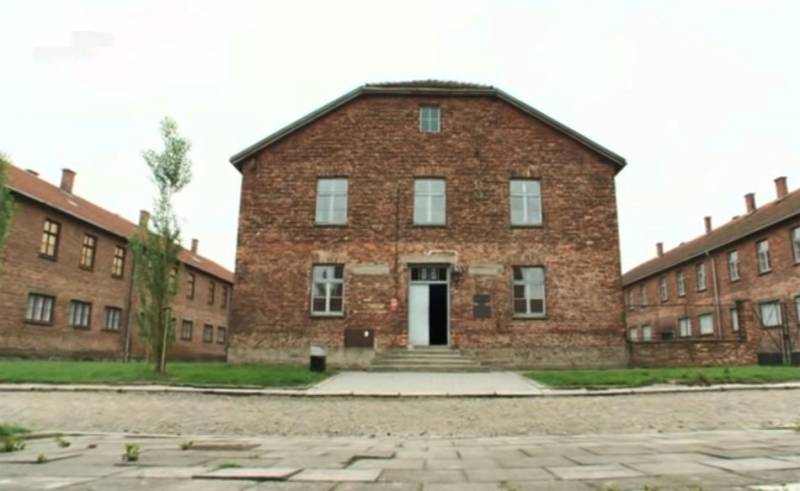 The reconsideration of the results of the Second World War started by Europe was to the liking of the Polish conservatives, who have now settled in power in Warsaw. The opportunity has opened to portray Poland as the main victim of this world massacre, and at the same time, in the form of compensations, cut down easy money from Germany or Russia.

But this is bad luck. The role of the main victim of the war has long been taken. Holocaust memory seems to have washed out stories tens of millions of other dead people. In vain attempts to remind them of the world, even the mighty of Russia fail a little. As for Poland, the story there is quite muddy. Still, the number of Poles killed in the war is much smaller than the Polish Jews who died in the Holocaust.

Before the war, they accounted for a tenth of the country's population (over three million people), and in large cities (for example, Warsaw, Lodz and Krakow) - more than a third of the inhabitants. After the war, about a hundred thousand Jews remained in Poland, and now ten thousand at all. In the new century, Poland became an almost mono-ethnic country.

Poles have long dreamed about this. In 1936, they even drew up the so-called “Madagascar Plan” for the resettlement of all Polish Jews to the distant island of the Indian Ocean. To implement this criminal idea, the Polish treasury did not have enough funds.

During the war years, many Poles showed their cave anti-Semitism to the world. They killed Jews (and even their fellow tribesmen who stood up to defend them), handed over the unfortunate to the Nazis for reprisal, and then appropriated their property. Take, for example, the story of the uprising in the Sobibor concentration camp. It is known that the Jews who escaped from the camp were given to the Nazis by local Poles, for which they received prizes.

This is remembered. Both about the situation as a whole and about its individual characters. At the pre-New Year’s collegium of the Russian Ministry of Defense, Vladimir Putin, for example, spoke about the fascist manners of the Polish diplomat Józef Lipsky and called him an “anti-Semitic pig.”

In response, the Polish politicum soared in “righteous anger,” and Polish President Andrzej Duda refused to travel to Israel for the World Holocaust Forum. Since the president of Russia Vladimir Putin is also invited to the forum, moreover, as one of the main speakers. The situation has heated Poland to the limit.

What was afraid of Andrzej Duda

This is the main thing. Nobody is going to give the floor to the forum itself, and what Putin will say and what other documents will be presented to the world community, Warsaw can only guess. In a conversation on Onet.pl on Friday, former Polish President Lech Walesa explained why Andrzej Dudu was "put on the bench."

Walesa recalled that Warsaw did not invite Vladimir Putin to celebrate the 75th anniversary of the liberation of the Auschwitz concentration camp, which will be held in Poland in late January. But the world, fortunately, has not yet forgotten that it was the Red Army that liberated this concentration camp from fascist horror. Even Walesa called our liberation of Auschwitz "a historical truth that no one will change."

Therefore, the demarche of Warsaw among many politicians abroad (especially in Israel) caused, to say the least, bewilderment. “It was to be expected that Duda would not receive a voting right in Israel. In this situation, he cannot fly there, ”said Lech Walesa in conclusion of the conversation.

Walesa kept silent about something else. The hysteria of Polish politics is caused not only by Putin's resonant statement. The attitude to Poland is changing in the world. Last February, for example, a senior Israeli diplomat, Israel Katz, quoted the country's former prime minister Yitzhak Shamir on local television as saying, "The Poles absorb anti-Semitism with their mother’s milk."

A great diplomatic scandal erupted, which was only managed with the help of US Vice President Mike Pence. The scandal subsided, but the sediment remained. After all, all this fuss arose against the backdrop of the discussion of Law No. 2018 adopted in 447 in the United States (“Justice for survivors without compensation”).

It refers to the return of property to the victims of the Holocaust. The law allows “if it is not possible to establish the identity of the heirs of the victims, transfer the property for public use to Jewish organizations involved in Holocaust research for further use for educational purposes.”

Poland is heading under this law. After the war, the property of the deceased Polish Jews passed mainly into state ownership. According to experts, its cost now amounts to about 300 billion US dollars.

Now they’ve come for this money. Although the process has not yet emerged from the stage of rhetoric and discussion, Putin has given it a new impetus. At a forum in Israel, the topic will certainly be dispersed further. That's why Andrzej Duda chose to stay in Warsaw. He does not want to sit at the same table with Putin. Duda is simply afraid of the upcoming conversation on the forum.

We are in Yandex Zen
Warsaw stepped on the slippery path of denying the participation of the Poles in the Holocaust
Polish claims to Ukraine. Will Warsaw decide to “bite off” Galicia?
176 comments
Information
Dear reader, to leave comments on the publication, you must to register.