Why is it so difficult to solve the problem of production of composite materials in the Russian Federation: facts and comments 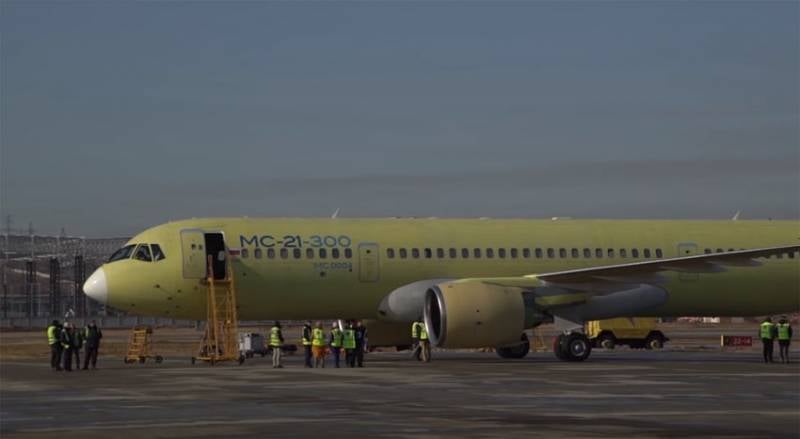 With an enviable frequency in the press, the topic of the lag of Russian industry in the field of composite materials production pops up. Moreover, the appearance of these materials is often associated with the fulfillment of orders of our defense industry.

“We cannot produce any product under the conditions of sanctions due to the lack of our own composites” ... Further, depending on the direction of the publication, either praises to the West or drooling towards our scientists and production workers.

How are things today in this area? Is Russia really so far behind other countries in creating these materials necessary for modern production?

Almost a year ago, on February 22, 2019, in Novocherkassk, at the site of the M.I. South Russian State Polytechnic University Platov held a visiting meeting of the State Duma Commission on the legal support of the development of defense industry organizations of Russia. This event was called “Import Substitution of Composite Materials and Technological Equipment for Diversification of the Military-Industrial Complex”.

It was there that the numbers were voiced, which plunged many into shock. It turned out that we are not just lagging behind in the field of composites, we are lagging catastrophically. And it was precisely this lag that gave rise to the West quite painfully hit by sanctions on many Russian projects in the field of aircraft construction, shipbuilding, medicine and others.

Here is how the then Chairman of the State Duma Commission, President of the League for the Promotion of Defense Enterprises Vladimir Gutenev commented on the situation:

Modernization of industry, updating of products of industrial enterprises is impossible without the use of new materials, technologies for their production and use, training of qualified personnel. The military-industrial complex is a driver for the modernization and development of the industry, including the sector of new materials. Using its potential, it is necessary to change the current situation when the USA and Europe use, respectively, 20 and 10 times more composites than our country.
It is not necessary to have seven spans in the forehead to see the complexity of the task. The task is not to blindly copy some kind of composites, but to create, in that way, an entire industry.

This is a triune task. Expanding the network of scientific institutes, training personnel for these institutes and for production, and creating new technological industries. Many? Yes many. But this is only the beginning. It is also necessary to interest potential buyers from the civilian sector with these products. Otherwise, the industry will not develop.

But are there any real successes in solving this problem? Naturally, we will not get a clear answer to this question. The topic is closed to the press. However, according to some indirect signs, some conclusions can already be made today.

Many people remember the good “kick” in our promising development - the medium-range passenger aircraft MS-21 - by the Americans. When the imposed sanctions practically stopped the production of an already developed aircraft. It is because of the composite materials used in the manufacture of the elongated heavy-duty composite wing (the so-called black wing) and part of the keel.

We then could not only create such a composite ourselves, but also purchase something similar abroad. Similar products were produced only in the USA (Hexcel) and in Japan (Toray Industries). Composites proposed by the Chinese did not meet the requirements.

And what did we see on November 30, 2019? Irkut assembled the fourth MS-21 for flight tests. Moreover, it is officially stated that the aircraft will receive a certificate in Russia before the end of 2020, and a European certificate in 2021!

The restoration of the positions lost during the years of perestroika is a long process. It’s easy to lose, but it’s hard to catch up. But in this matter, the main thing is determination and desire. And we have a desire ...