“I would not want us to be dictated: what to buy or not to buy in Russia” - in India about the USA and S-400 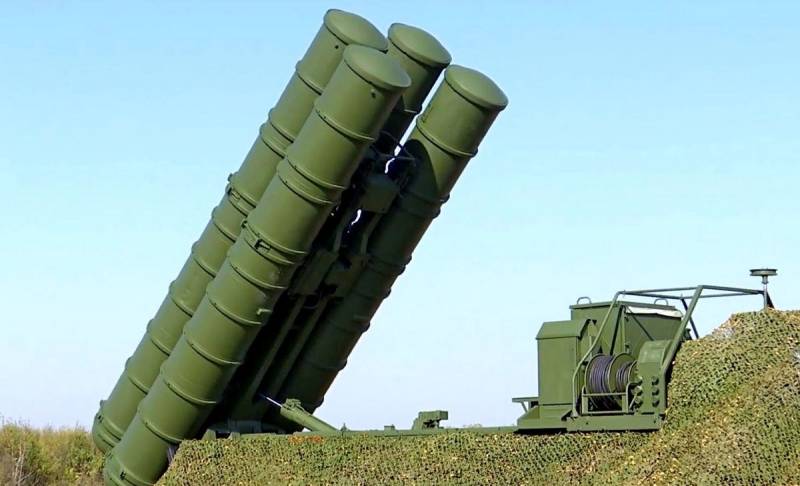 The US Department of State believes that it is very likely that US sanctions will be imposed against India because of the country's acquisition of the Russian Triumph S-400 air defense systems. Although the representative of the department, responding at a briefing to questions from journalists, did not unequivocally say that this would happen.

US hints at imposing sanctions

The sanctions against India could be based on the CAATSA Act Against America's Adversaries Through Sanctions. This document was adopted in 2017 and provides for sanctions against those who cooperate in the military sphere with Russia, Iran or North Korea. In practice, the law was applied only against one state - Turkey, and in relation to other "violators" the USA is limited only to threats and hints. The deal between the Russian Federation and India to acquire S-400 systems may be subject to the law, but not so simple.

Yes, the representative of the State Department said that New Delhi does not have immunity from the application of US sanctions. On the other hand, India is one of the largest buyers of US weapons. Moreover, in 2016, the United States recognized India as the main defense partner, which has the priority right to acquire the latest models of military equipment.
The State Department official voiced the problem as follows:

The problem that we face in cases like India is the new purchase of potentially dangerous systems that either endanger our platforms or create a threat that our technologies will be in the hands of the adversary.

As an example, he cited Turkey’s purchase of S-400 systems, which can now pose a threat to US F-35 aircraft.

India's acquisition of S-400 is inevitable

Actually, in all this stories more commerce than politics. The Americans are not so much worried about Russia's dominance as the fact that the Russian Federation is pushing the United States in the arms market, taking away their lucrative orders.

And the saddest thing for the United States is that they are not able to interfere with the deal, even if they decide on sanctions against India. There are a number of objective reasons for this.

The main one - New Delhi has already decided. And practice shows that in India, usually accepted agreements are implemented. Moreover, the advance payment for the complexes has already been made, and an agreement on the delivery time has already been reached. The first of the five S-400 regiments will be delivered in September 2021, the rest will arrive until approximately 2025. In addition, among the Indian military there are already specialists trained to work on the S-400 Triumph. If you buy other systems, you will have to train staff. And the Russian air defense systems themselves are considered the best air-to-air missile defense systems in the world.

Most likely, in India, they calculated the risks and are ready to take them. It seems that they consider military-technical cooperation with Russia more important than with the United States.

Of even greater importance is the image of India as a country firmly following the path of non-alignment. According to the Indian television channel NDTV, such a statement was made by the Minister of Foreign Affairs of this South Asian state Subramaniam Jaishankar during his visit to the US capital in October last year:

India announced its intention to buy Russian S-400 Triumph systems in 2015, and a supply contract was concluded in New Delhi in 2018 during a visit to the Indian capital by Russian President Vladimir Putin.
Ctrl Enter

We are in Yandex Zen
Reports from the militia of New Russia for 27-28 September 2014 of the year
Yuri Drozdov: Russia prepared the role of the sacrificial calf
30 comments
Information
Dear reader, to leave comments on the publication, you must to register.