The focus of the liberal press: how Echo and Rain cover the US-Iran conflict 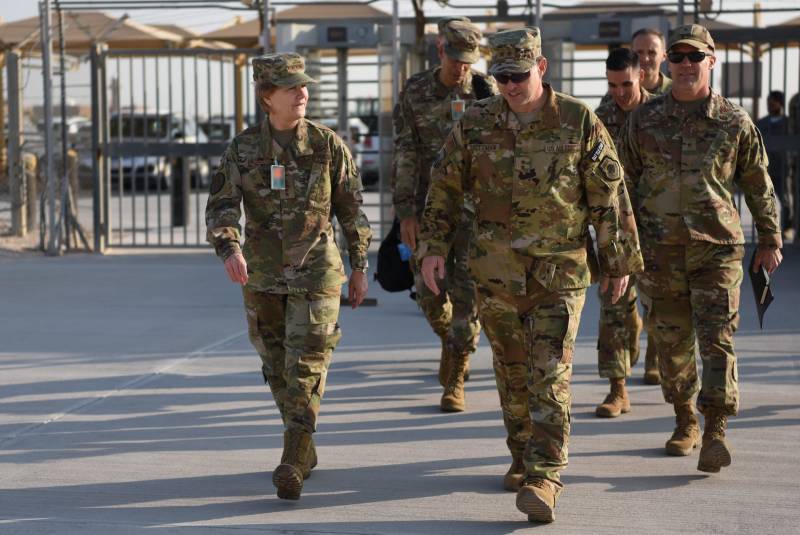 On Dozhd TV channel, they strive to adhere to an objective presentation of material regarding the military-political confrontation between the US and Iran related to the assassination of General Kassem Suleimani, and cite a lot of expert opinions.


For example, in material Trump's violation of all unwritten rules clearly indicates that the experts agreed: Iran responded to the murder of a senior military officer in the form of "controlled aggression", that is, in a mild form. This kind of answer is considered by experts as a definite signal to Washington. The message is this: Iran does not intend to unleash a military conflict.

The White House is behaving similarly: D. Trump only made a promise to impose new sanctions against Iran.

В adjacent material famous quotes from D. Trump’s Twitter are quoted: “Everything is fine! .. Everything is going fine!”

It also refers to the downed Ukrainian Boeing on the morning of January XNUMX, during the crash of which people were killed. Al-Hadath is reported to have been reported: this publication informed that the liner might have been accidentally shot down by a rocket. It is immediately said that the Iranian authorities categorically deny this.

В following material, which also contains the expert’s opinion, repeats a message referring to the Washington Post that some senior US officials indicated: Tehran launched a missile strike so that there were no casualties among the US military. In addition, Iranian authorities have warned of an impending Iraq attack, and the Iraqis have already transmitted information to the United States.

«Medusa» I collected a number of interviews representing the answers to the questions of local residents.

A resident of Tehran believes that Russians often do not understand what is happening in the Middle East. But this is understandable to the Iranians. A resident explained that the Middle East crisis has dragged on for more than one hundred years. And never ends. Why so? The answer is: the US authorities, like the Iranian authorities, are interested in maintaining the crisis.

Tehran needs a crisis in order to maintain a regime of power, the totalitarianism of which is growing every time.

US interested in crisis to continue trade weapons with the Saudis and their other allies.

But there will be no full-scale war, because no one wants it.

В another article D. Trump’s decision regarding the “whole world” is highlighted. Quote from Trump's speech:

"Iran seems to have decided to retreat, and this is good for the whole world."
The materials on Echo of Moscow look somewhat different. Today, January 10, the point of view of foreign politicians on the catastrophe of the Ukrainian liner is actively highlighted here.

In the material entitled "The version of the death of the Ukrainian liner from an Iranian missile received significant support", Canadian Prime Minister Justin Trudeau said in a statement citing intelligence that the passenger Boeing was inadvertently shot down by an Iranian missile.

The British Prime Minister Mr. Johnson made a similar statement.

Finally, Donald Trump previously made it clear that he does not believe in a version built on the technical malfunction of the liner.

Trudeau's statement, mentioned above, is also considered in another article January 10th. Also here are some assumptions collected from different sources and essentially the same.

It is reported that presumably we are talking about a missile that could have been released from the Tor air defense system. This is exactly what Pentagon sources Newsweek and sources from American and Iraqi intelligence say. A similar version, notes "Echo", adhere to the interlocutors of CBS News. According to them, the satellite revealed two flashes from missile launches. As expected, these were launches from the Thor.

We are in Yandex Zen
Daughter of slain Iranian general Suleymani predicted dark days for US and Israel
Reports from the militia of New Russia for 27-28 September 2014 of the year
107 comments
Information
Dear reader, to leave comments on the publication, you must to register.