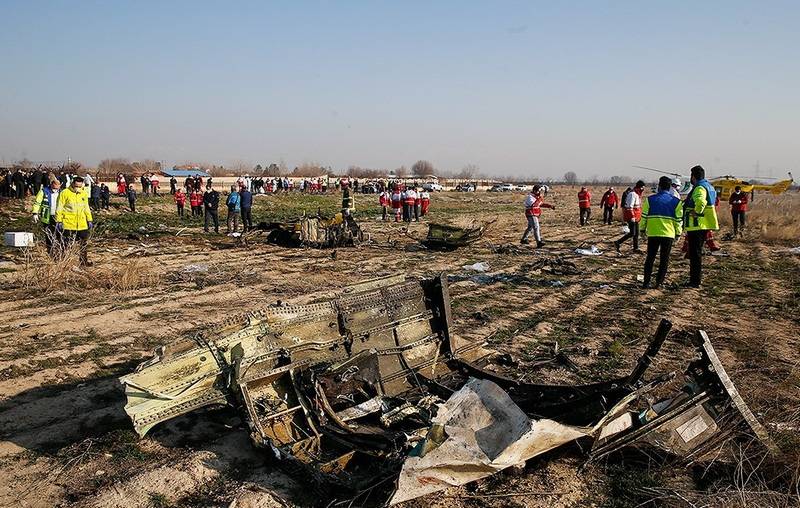 Iran has denied allegations by some foreign officials that a Ukrainian passenger Boeing-737 could have been shot down by an Iranian missile. Iran’s government spokesman, Ali Rabei, called the allegations “a big lie” and “fraud,” Iran’s Press TV reported.

Once it becomes known that these allegations are fraudulent, no one dares to take responsibility for such a big lie. It is unfortunate that this psychological operation of the US government and those who support it knowingly and unconsciously, adds insults to the feelings of the families of the deceased, and, by spreading this lie, pursues certain goals
- said Rabei.

We have intelligence from many sources, including from our own intelligence services and from the intelligence of our allies, according to which the plane was shot down by an Iranian ground-to-air missile
- he said.

He was also echoed by the head of the British government, Boris Johnson, who also did not rule out the possibility of a missile crash.

Currently, there is a lot of information that the flight was shot down by an Iranian ground-to-air missile. It could very well have been unintentional
- He said and added that London "stands for the transparency of the investigation."

Earlier, a plane’s defeat by a rocket, as a priority version of the disaster, was announced in Kiev.

In Iran itself, and in other countries, the ignition of an airplane engine is considered a priority version for technical reasons.

We are in Yandex Zen
Reports from the militia of New Russia for 27-28 September 2014 of the year
TSB-200 Technical Support Tablet
128 comments
Information
Dear reader, to leave comments on the publication, you must to register.