Reflections on the state of emergency at the Ukhta refinery 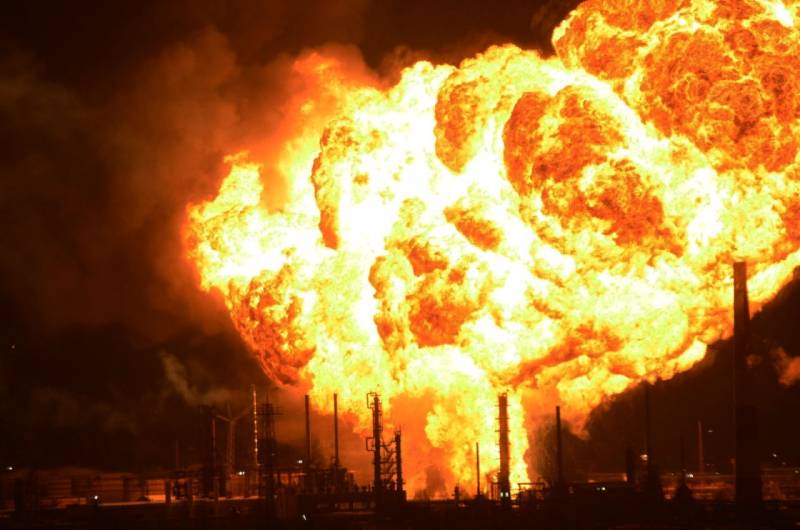 How ordinary we respond to emergencies (PE) that happen somewhere far away from us. Well, yes, the Komi oil refinery caught fire. Ukhta refinery. Yes, one person was hurt. But they put out the same. Oil refineries are generally hazardous production and everyone knows this. From a simple layman to any employee of this enterprise.


Amazingly, the reaction of the majority is just that. This is far, and therefore not very interesting. Now, if this happened nearby, or the number of victims in the thousands, or at least hundreds, then yes. One would have to talk a lot about this with pathos. It would be necessary to blow all the pipes and sprinkle ashes on the head.

I witnessed about the same incident exactly one year ago. Then there was a fire in a tank capacity taken out for repair at the Omsk Refinery, owned by Gazpromneft. Then the fire covered only 110 square meters and eight employees who were in the fire zone independently evacuated. But I saw the reaction of people living in the immediate vicinity of the plant.

And I saw the attitude of these people to the employees of the Ministry of Emergency Situations, who, with a risk to their lives, eliminated this fire. It was not fear, It was an understanding of danger and an understanding of the heroic actions of firefighters. Perhaps this understanding came when a fireman died during the elimination of one of these man-made fires.

On January 9, a fire broke out at an oil refinery owned by OOO Lukoil-Ukhtaneftepererabotka. At 16:45 pm, an explosion was heard at the plant. At 16:55 pm, a message about the explosion was received by a unit of the Ukhta fire and rescue garrison. The next explosion took place before the arrival of the firefighters at the scene. In 15-20 minutes. 78 firefighters and 18 pieces of equipment arrived at the scene. A fire train was also sent to the refinery.

Initially, the fire, according to experts, started at a diesel fuel processing plant. But then, there was a depressurization of four tanks with fuel at once. What caused the flame to burst. The fire spread to an area of ​​1000 square meters.

As a result of competent and heroic actions of firefighters, open fire was eliminated by a foamy attack. Now firefighters are engaged in spilling and bunding the territory of the refinery. The press service of the regional Ministry of Emergencies reported:

"At present, firefighters conduct deboning and" pouring "of the territory. A laboratory is working on the site to measure the maximum permissible concentration of harmful substances in the air, no excesses have been detected. Repeated measurements will be carried out in the morning."

Probably, it is impossible to completely eliminate the danger of accidents in such industries. But why do such accidents happen on the eve of or immediately after some holidays? The accident with which I began the material occurred on December 4, 2019, this January 9 this year. Maybe this is a flaw in the management of enterprises?

And further. Why do we always create situations in which someone is forced to show heroism, to risk their own lives? Do we continue to be a land of slobs and heroes? Maybe it's time to change ...