A strange war between the US and Iran: another zilch from Trump 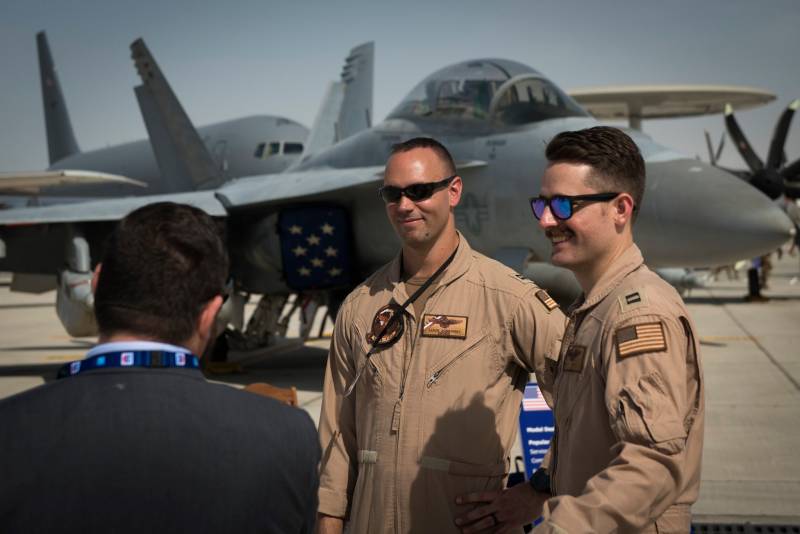 Today the world is in some bewilderment about what happened between Iran and the United States. What was it? The beginning of a big war, which for some reason was prevented by the same leaders who were ready to start it? Demonstration of the capabilities of your own army and your place in regional politics? Is it a mistake of analysts in the US intelligence services, who did not calculate Iran's reaction to the provocation? Let's try to answer these questions.


History Let's leave the Boeing out of brackets. I don't want to participate in a propaganda campaign. And until the conclusions about the catastrophe are drawn by experts on these issues, all conversations will be nothing more than versions of the parties. The American side will blame the Iranian air defense or Iranian saboteurs. The Iranian side will most likely put forward a version of a collision with a UAV, of which there are really many in the sky of Iran now. The official version, meanwhile, is a technical malfunction, engine overheating.

So, why did Trump get involved in this adventure at all, if it was immediately clear that the US in the region would not have enough forces for a big war. Even taking into account military bases in nearby countries. It seems to me that this is nothing more than another step of the election campaign. Alas, Donald Trump decided to enlist the support and money of the Jewish community, ensuring the security of Israel with an agreement with such a militarily powerful country like Iran.

Very briefly, literally with strokes, about the military-political situation in the region. There will be no big war. But the small one, in approximately the same form that Washington has demonstrated, will continue. Remember the statements about revenge at the “right time and right place”? Translated into ordinary language, this means "wait for the answer constantly, we have not taken revenge." In short, Iran outlined a further strategy for a “silent” war.

Syria. Alas, this stupid trick of the USA hit the American army in Syria. President Assad will gladly support Tehran. True, as I see it, a full-fledged union will not be due to the fact that this is not beneficial to us. But "silent support" will cost America the loss of American positions in Syria. Americans will slowly creep out of Syria.

Turkey. President Erdogan has repeatedly proved that he will act according to his own plan. Although Turkey is a member of NATO, but after the alliance renounced its obligations after the incident with a downed Russian plane, Ankara's hands were untied. Turks instantly close airspace for military aviation NATO if Tehran supports the invasion of the Turkish army in Libya.

Israel. Everything is complicated here. The Jewish state uses the USA as a shield. We can do anything, but if you don’t like it, contact the American army. Understanding that in the new conditions a big war threatens not only huge casualties, but also the loss of the state, Israeli politicians are seeking political guarantees of security not only in the United States, but also in Iran. I think the creation of a ghostly, but security belt near the borders of Israel at the moment will be a sufficient condition for the Israelis. At the same time, the Israeli military will continue to use the territory and airspace of other states as impudently as it is now.

Azerbaijan, Armenia and Georgia. All three states took a wait and see attitude. Even a pro-Western politician like Salome Zurabishvili is prudently silent. Ilham Aliyev himself today dictates the conditions for negotiations on joining the EU. Remember his words about “instructions instead of agreements” before the New Year. Nikol Pashinyan, most likely, will have to "cut" the number of American "diplomats" in the republic. In general, this may mean that the second route for the transit supply of the American army will be blocked.

Iraq. This is where Iran has some problems. Iranians can get the American bases located in Kuwait, Bahrain, Oman, the Emirates and in Saudi Arabia only through Iraq. Tehran cannot enter troops without the consent of the Iraqi government. And here Islam comes into force. Iraqi Shiites have already submitted to the parliament a bill on the withdrawal of foreign troops from Iraq. Washington has already answered this law. Today, judging by the reports of news agencies, the American troops in Iraq will be "worn out." Chasing the leaders of the Shiite police, bombing convoys and more. That is, it is entirely possible that the Iraqi parliament will pass a law requesting the introduction of Iranian troops into its territory to restore order.

In general, Trump's gamble brought about the same amount of image losses to the United States as the Americans already had after close communication with Kim Jong-un. But this is not the main thing. The main thing is that the Americans have lost the status of protector in the eyes of regional leaders. And this can only mean one thing, the US influence in the region is fading away.