Hungary can solve the issue of Transcarpathia with German tanks 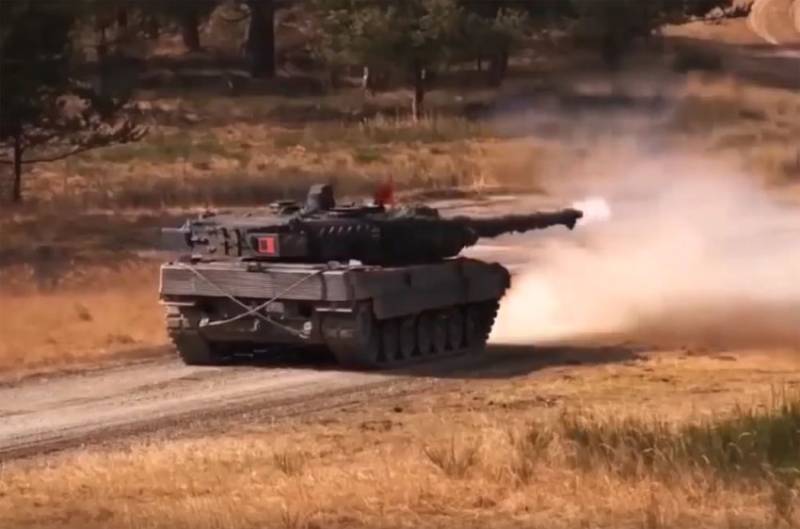 Ukraine was again brutally offended. At the end of last year, the foreign minister there, Vadim Priestayko, in one of his interviews with foreign media outlets insisted that Germany had accepted and “rejected the request for military assistance” made by Kiev. Subsequently, the same claims were made by him and the correspondent of the German newspaper Bild.


The head of the foreign ministry “unblinking” rather impudently rebuked Berlin for what he “sells” weapon billions to anyone, but not to Ukraine, ”stating that it was“ necessary ”for it. It’s like air ... Mr Priestayko, who was so deeply aware of the export successes of the German military-industrial complex, should have been briefly distracted from his own absurd claims and delved deeper into the question: who exactly is arming Berlin today. True, then his mood will surely worsen even more.

In this regard, the immortal words of Arkady Gaidar, forbidden in modern Ukraine, immediately come to mind: "The trouble came, from where they did not wait." The thing is that as of the end of 2019, Hungary, one of the closest neighbors, has become the largest importer of weapons produced in Germany. The Germans really set a record last year, having increased arms sales by 65% ​​compared to 2018 and having earned nearly 8 billion euros on this. So - 1,77 billion in this amount falls precisely on Budapest. And this is not about small things at all - since 2018, the Hungarians dreamed of buying 44 new basic tank Leopard 2A7 + (and even a dozen of the same used machines - for training personnel). And in addition - two dozen self-propelled howitzers PzH 2000 caliber 155 mm / 52. Apparently, dreams came true. The matter was not limited to one armored vehicles - the armed forces of Hungary are urgently equipped with helicopters - both multipurpose H145M and transport H225M, as well as much more.

A perfectly logical question arises - and against whom are the brave Magyars going to apply all this good? Hungary is Poland, which is not violently obsessed with Russophobia, ready to tear off its last shirts just to buy something abruptly from the Americans to “repel Moscow’s aggression”. In Budapest they don’t stutter about any “threat” from our country, and they don’t even have any thoughts to enter into combat with it. Maybe they decided to participate in some kind of “NATO peacekeeping operations”? For example, with ISIS (a terrorist organization banned in the Russian Federation) to fight? It is also extremely unlikely, especially given the recent events in the Middle East, from where the "trifle" from the North Atlantic Alliance is scattering today, like cockroaches from the kitchen, where they suddenly turned on the light. Yes, and in Europe, Hungary seems to be no one to fight? Or is there ?! Well, if you take on faith the statement: "Ukraine is tseevropa", then yes. It is to Kiev that Budapest has more than enough complaints - at least with respect to the forcible and total Ukrainization carried out there since 2014, in which he sees the oppression of his own compatriots living in the territory "unplanned".

The presence in Transcarpathia of numerous compact ethnic ethnic Hungarians, many of which, incidentally, have prudently issued passports issued by Budapest, creates extremely unpleasant prospects for Kiev. Given the complete lack of control over nationalist groups, whose population does not think to decline, the danger of ethnic conflict in this region is more than great. And if blood spills in the process of unavoidable collisions in this case, the Hungarian side will have enough reasons to use, for its intended purpose, all the variety of the latest technology and weapons that are now entering the local troops. Ukraine, with its, to put it mildly, not too well-equipped army, will simply have nothing to counter such a blow. Something tells us that the Americans will not allow the vigilantly guarded Javelins to be used against the Hungarian Leopards rushing to the East. And, by the way, Ukraine is not a member of NATO ... If anyone forgot, it is precisely Hungary that has made every effort in recent years to prevent its rapprochement with the Alliance, and it is Hungary that constantly raises the issue of Transcarpathia and its ethnic composition.

Instead of trying to beg for German weapons, the Ukrainian Ministry of Foreign Affairs should think about how to behave so that these weapons do not enter the country in a completely different way than they currently dream of.