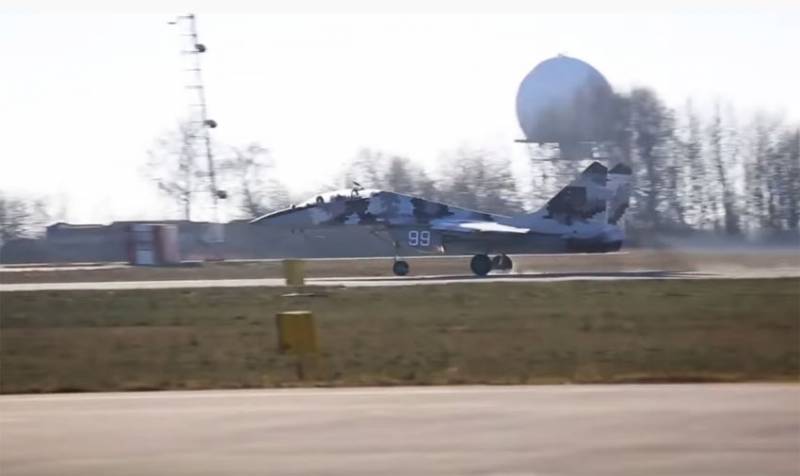 The other day, Ukrainian military portals hastened to boast that the work on the product of the “latest modernization” - the MiG-29MU2 fighter, had been almost completed by the Lviv State Aircraft Repair Plant, and it had already completed its first test flight.


True, it is only known for certain that in December last year this combat vehicle “was seen outside the hangar”, but sources in the “upland” continue to assert: the aircraft is at the stage of “the last events before state tests” and is about to be “ready for arming. " What kind of modification is this and how does it distinguish a well-deserved aviation "old man" from its un-modernized counterparts?

The first thing that catches your eye and at the same time causes some bewilderment is that, judging by the information available, when working on improving the MiG-29, the Ukrainian “craftsmen” did not so much improve its basic flight qualities as any fighter needed, like a combat vehicle originally designed for conducting air battles with aviation the enemy, how much they reprofiled him into something else. So, according to the statements of the aircraft factory representatives, their main achievement was the ability to install on the MU2 several more advanced means of destruction of just ground targets - Kh-29T guided missiles and KAB-500KR corrected bombs.

All other claimed innovations, such as the “installation of on-board VOR, ILS, DME systems” and the replacement of analog indicators in the cockpit with digital ones, in fact, will not affect the fighting qualities of the fighter too much. But, according to the company, "they will be allowed to fly on international routes." Well, that is valuable. 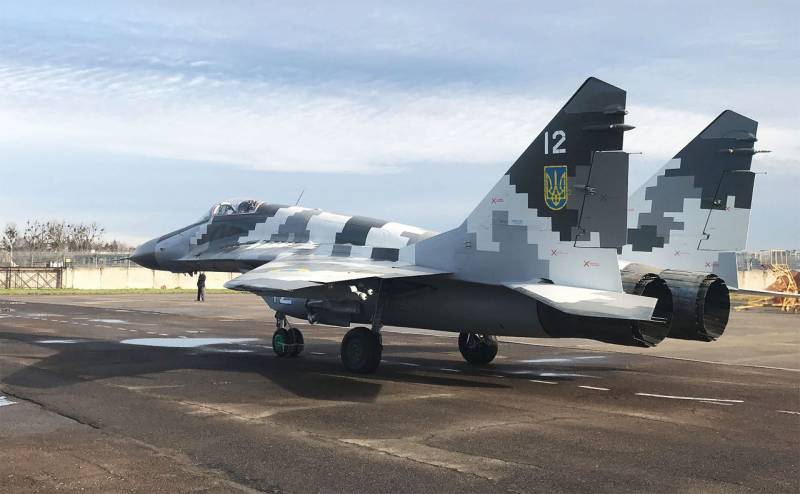 In truth, a strange modernization in the form of hanging ammunition on the MiG-29, designed primarily to destroy enemy manpower and equipment in concrete shelters, suggests not too good suspicions about the possible prospects of using these machines. Previously, it was repeatedly noted that one of the main weaknesses of the Ukrainian Air Force (in addition to the hopelessly outdated aircraft fleet, the lack of trained flight and technical personnel, etc.) is precisely their lack of modern air-to-ground weapons. Pilots of the same MiGs are forced, if necessary, to try to destroy ground targets with airborne artillery, or, at best, unguided missiles. In both cases, for this the pilot needs to make the closest approach to the target, “practicing” it almost on a “shaver” ... Given the capabilities of modern MANPADS, this is a trick more than risky. This is quite convincingly proved by the fate of two MiG-29s from the composition of the 114th tactical aviation brigade based in Ivano-Frankivsk, shot down in 2014 in an attempt to use them against Donbass militias.

It seems that in Kiev they learned a lesson from this, that's just completely wrong. In any case, one gets the impression that the MiG-29MU2 created in Lviv is nothing more than a kind of ersatz-attack aircraft. It is difficult to allow its use against more or less modern combat aircraft, superior to the Ukrainian "falcons" in terms of training and technical equipment at least half a head. But in reality, the air forces of literally all neighboring states are ahead of them much more. Well - again, Donbass ?! I would not want to guess, but it is not easy to find another explanation.

One more detail is noteworthy - last spring, the then Minister of Defense of Ukraine Stepan Poltorak made another high-profile statement. According to him, the "mass modernization" of the MiG-29 to the level of MU2 was to begin in 2020 and take place "with the involvement of foreign enterprises in the military-industrial complex." Allegedly, an agreement was signed with the Israeli company Elbit Systems Ltd, which at one time was engaged in the finalization of the MiG-29 of the Romanian Air Force. Moreover, there is a “keen interest” in “building air capacity fleet Of Ukraine ”was even shown by Boeing! In any case, the then head of the National Security and Defense Council Alexander Turchinov had a meeting with one of its directors on this issue. Judging by the fact that there is not a word about “foreign experts” in the current triumphant reports, all these plans have remained an empty phrase. Well, Ukraine alone can only make another “miracle-weapon". For example - a fighter with bombs.

We are in Yandex Zen
Situational analysis of the death of the MH17 flight (Malaysian Boeing 777), made on the basis of engineering analysis from 15.08.2014
Results of the week. “In our cooperative, the board is always agreed”
25 comments
Information
Dear reader, to leave comments on the publication, you must to register.