What Achilles' heel did the Iranian RTR funds reveal before hitting US forces? Bypassing the Patriots 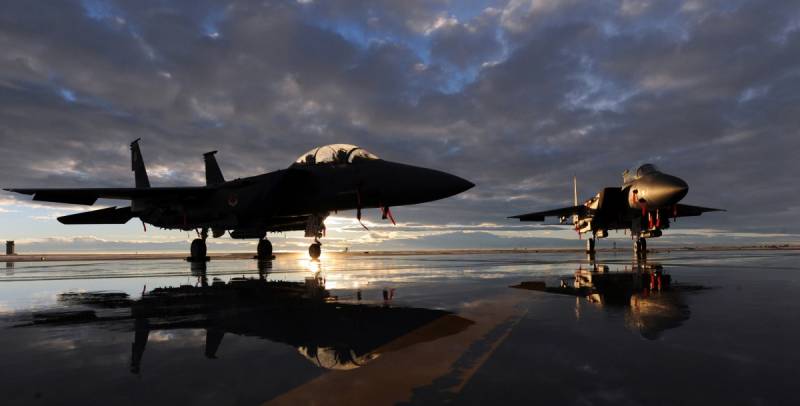 The information about the launch of an effective massive missile attack by the IRGC units against the Ain Al-Assad Iraqi air base, the Rexhen garrison (near Erbil), and the fortified area near the town of Barbarash provoked a flurry of enthusiastic comments from tens of thousands of observers on numerous news and military analysis sites of the Russian segment of the Internet.


And this is not surprising, because for the first time in modern stories it was the Islamic Republic of Iran that became the front-Asian power, whose military and political leadership, in response to the vile and ridiculous episodes of liquidating the famous Lieutenant General and Commander Kassem Suleimani, dared to project strength on the strategically important infrastructure of the U.S. Armed Forces in the Middle East. Thus, the false stereotype of Western experts and the media about the inviolability of the presence and impunity of the actions of the American military contingent in the eastern part of the Near Asian region was finally refuted.

What is the reason for the selectivity of the command of the IRGC during the selection of the American military infrastructure to be hit by retaliation?

No less substantial and important subject for discussion in expert circles, undoubtedly, one can consider the degree of selectivity of the command of the Islamic Revolutionary Guard Corps when choosing the US military infrastructure to be retaliated with (the first stage of the operation “Martyr Suleimani”).

While both the fortified areas (near Rekshen and Barbarash) and the Ain Al-Assad airbase, located at a distance of 120 to 300 km from the alleged positions of Iran’s OTRK, were subjected to a powerful strike of 25-30 Qiam tactical ballistic missiles and "Zulfiqar" (range of 700 and 800 km, respectively), which are much more significant (from the operational-strategic point of view) of the air bases "El-Udeid", "Isa", "Al-Dafra" and "Prince Sultan", located on a similar the distance from the positions of the Iranian OTRK and used by the US Air Force as airfields under Lope for the tactical fighters F-15E "Strike Eagle", multipurpose fighters of the 5th generation F-22A, as well as strategic missile carriers B-1B "Lancer" and B-52H, remained intact.

Based on the above details, as well as on the statement of the General IRGC Abdullah Aragi about the "demonstration" nature of this strike, aimed only at incapacitating a certain amount of armored vehicles and army aviation The US Armed Forces, but by no means to achieve irreparable losses of the personnel of the US Armed Forces and Iraq, it is not difficult to conclude that the main objectives of the leadership of the Islamic Republic of Iran and the command of the Islamic Revolutionary Guards Corps in this phase of Operation Suleimani’s Martyr were to strengthen Tehran in the geostrategic arena and the sobering effect on the Pentagon in general and the Central Command of the US Armed Forces (USCENTOM) in particular.

The last point was reached thanks to the strike on precisely the above facilities in the northern provinces of Iraq, which (unlike the Av-El Udeid, Prince Sultan, Isa, etc.) were not covered by any medium-range missile defense systems range "Patriot PAC-3MSE", nor destroyers URO class "Arleigh Burke Flight" 5th operational fleet The US Navy (their ammunition has long-range RIM-174 ERAM anti-aircraft missiles with a range of more than 240 km), nor the E-3C / G "Sentry" AWACS, which could issue target designation for Iranian missiles F-22A and F-35A fighters equipped with missiles air-to-air class AIM-120D AMRAAM. Moreover, it is well known that the "Patriot" SAM MIM-104F PAC-3MSE, equipped with gas-dynamic "belts" of 180 radially located transverse microprobe engines in front of the aerodynamic focus of the SAM and capable of maneuvering with overloads of 55-60 units, intercepted without special difficulties there would be 10-15 or more Iranian tactical ballistic missiles of the Qiam and Zulfiqar families, even if the latter implemented anti-aircraft maneuvers with 15-20-fold overloads on the terminal section of the trajectory.

The following question arises: how was the IRGC command finally able to ascertain the absence of a “missile defense umbrella” over the Ain Al-Assad air base and two other facilities operated by the US military?

Firstly, this is a statement by the Commander-in-Chief of the Iraqi Armed Forces, Abdel Kerim Half, made on the eve of the IRGC strike and restricting the deployment of any American weapons (including anti-aircraft missile defense and radar equipment) on Iraqi territory, as well as prohibiting the use of Iraqi airspace by U.S. Air Force. Secondly, this is the presence in the arsenal of the air defense and Iranian air forces of a huge range of modern means of passive radio intelligence and ground-based and airborne reconnaissance, which were able to scan the northern provinces of Iraq and the airspace above them for the lack of multi-functional AN / APG-65 radars Patriot PAC-3MSE, as well as AWACS and tactical aircraft (E-2D, E-3G, F-22 Raptor).

The most significant links in this list are the ground-based radio electronic intelligence station 1L222 Avtobaza, operating in the C / X / Ku-bands of centimeter waves (capable of detecting radiation from tactical fighter airborne radars with further identification of the type of aircraft), as well as a pair of reconstructed and aircraft AWACS “Adnan-1/2”, equipped with radar systems RLDN “Salahuddin-G” and TRS-2105 “Tiger-G” and radiation warning stations capable of playing the role of airborne systems RTR, detecting American AWACS at a distance of more than 500-700 km. The result of the integrated work of all of the above funds, we observed in a filigree accurate night strike on the American fortified areas in Iraq.

We are in Yandex Zen
Why Trump killed Suleimani and why it matters to us
The assassination of General Suleymani. Is a new war in the Middle East waiting for peace?
76 comments
Information
Dear reader, to leave comments on the publication, you must to register.