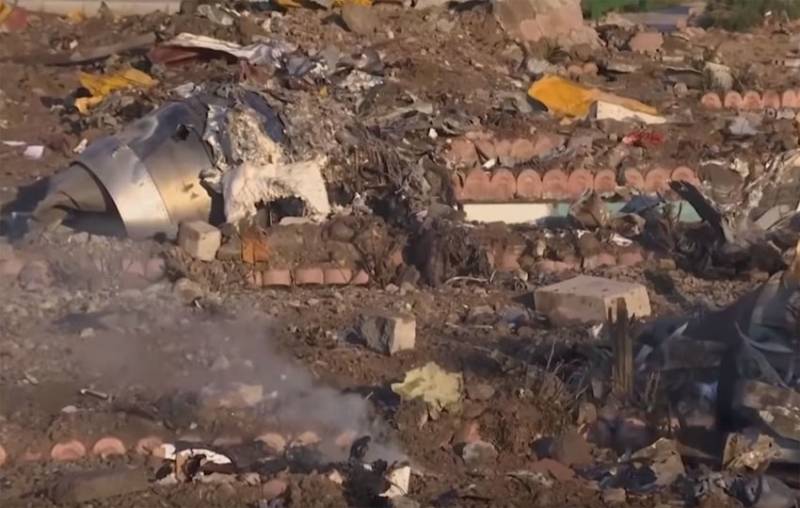 Regular reports appeared in the Western press about the reasons for the crash of a Ukrainian UIA plane near Imam Khomeini Airport near Tehran. Recall that the plane crashed a few hours after the shelling of the IRGC of American military bases in Iraq. A few hours ago, the Western press, citing representatives of Canadian intelligence, came out with materials stating that the Boeing had a catastrophe due to a technical malfunction - engine overheating.


Newsweek has a completely different perspective. It published material in which, with reference to unnamed sources, it was stated that the activity of the Iranian air defense complex became the cause of the disaster. The publication claims that such information was allegedly provided by certain persons in the US Department of Defense.

The passenger plane of the Ukrainian airline UIA, presumably (possibly), was shot down by the Tor anti-aircraft missile system manufactured in Russia. The rocket, apparently, was released by accident.
The authors of the article write that the Iranian Tor air defense system “could have been active in connection with the expectation of retaliatory American attacks after Iran fired on US bases in Iraq.”

The material stated that the United States allegedly recorded a signal at the frequency of activity of the Tor air defense radar, and then "recorded two flashes characteristic of the launch of anti-aircraft missiles."

Recall that earlier, the discovery of all flight recorders of the Boeing flying from Tehran to Kiev was noted. The plane began to fall from a height of 2,4 thousand meters. None of the people on board survived.
Ctrl Enter