Arms race in full swing: US will develop new missiles for F-35A 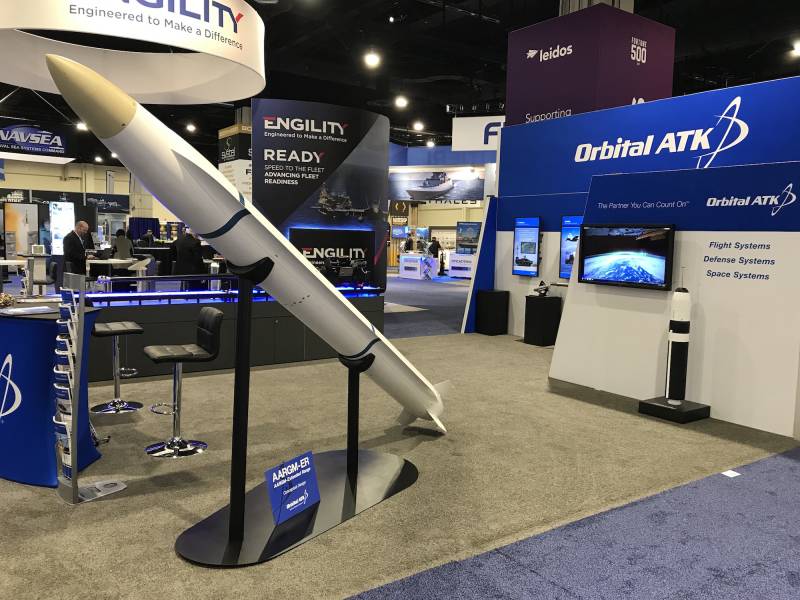 The rupture of the INF Treaty finally untied the hands of the United States to develop new types of weapons, including to equip its attack fighters. So, the US Air Force issued a development request weapons strike (SiAW) for the Lockheed Martin F-35A fighter.


As you know, the command of the US Air Force has recently been extremely concerned about improving the power of its latest aircraft - the very F-35A, about which so much the world’s media say and write.

Now the US Air Force is looking for potential developers and suppliers of new weapons of shock. So, an order worth $ 322,5 million was received by Northrop Grumman, which was engaged in the modernization of the AGM-88G anti-radar extended range missile (AARGM-ER).

The main task is to integrate the latest technology into SiAW - Stand In Attack Weapon. We are talking about air-to-ground strike weapons, which will allow hitting ground targets. The new missile, due to its small dimensions, will be located in the internal weapon compartments of the F-35.

SiAW will use Northrop Grumman AGM-88E, an ultra-modern Advanced Naval Guided Missile Program, which is currently in its early stages of development.

As expected in the command of the American aviationThe program will allow equipping fifth-generation aircraft, which will be part of both the Air Force and the Naval Aviation, with the latest weapons. Striking weapons will be able to hit an expanded set of targets, in addition, a guidance system with active radar homing and a universal weapon interface should be developed, as well as a message set for SiAW and F-35A aircraft.

It is worth noting that now the Pentagon is actively working to increase the coordination of the actions of the Air Force and Ground Forces, which will allow supporting each other fighter planes and self-propelled artillery units. In modern warfare, one of the main tasks is the mutual transfer of coordinates to defeat manpower, equipment, and enemy targets.

At the end of 2019, joint exercises of the US Air Force and US Army were held, which revealed a number of certain shortcomings in the interaction of aviation and artillery units. The American command wants to ensure that the detection of a target by a fighter and its destruction by artillery can take no more than ten minutes. So far, such an indicator has not been achieved, which prompted the American command to continue development in this direction.

We must respond to an arms race

It is worth noting that it was the US withdrawal from the INF Treaty that became the last “point of no return”, after which the US military command began to modernize the armed forces, including equipping aircraft with medium-range missiles.

The new arms race is in full swing, it cannot be left without the attention of our country. Russia also needs to make significant efforts to improve the potential of both the Aerospace Forces, the Ground Forces, and other types of the Armed Forces and military branches. But you cannot repeat the mistakes of the past.

“Hot times” are approaching and those states whose potential in the field of modern weapons will be approximately equal will be able to feel the greatest security. For the United States, the main opponents are Russia and China, which Washington’s new defense doctrine does not hide. It is against the two countries that the American armed forces are increasing their military power, but they can test new types of weapons on weaker opponents such as Iran.

What does this mean for our country? The need to further increase spending on defense, the functioning of the military-industrial complex and the armed forces and the search for new innovative solutions in the field of missile weapons and air defense systems. Whether the leaders of the country and the armed forces will cope with this task and whether it will be possible to solve it from a financial and technological point of view, time will tell.