What to do with the old "Voivode"? 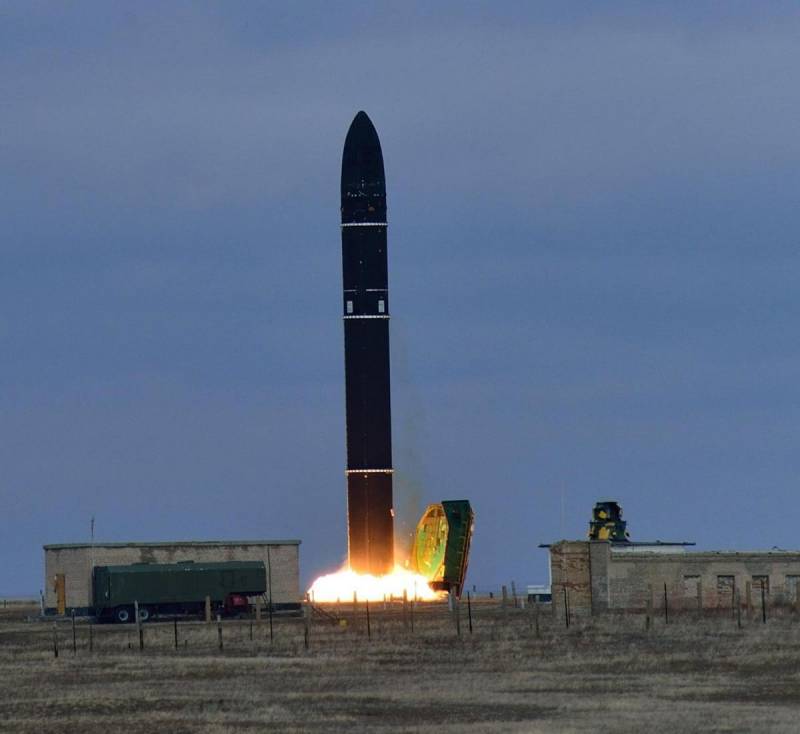 For several decades, intercontinental ballistic missiles of the R-36M line have been a key element of the ground component of strategic nuclear forces. However, by now, even the newest modifications of the Voivode are out of date, and their operation should be completed in the very near future. To replace the R-36M2 products, a completely new RS-28 Sarmat missile is being created. At the same time, the issue of disposal or alternative use of decommissioned Voivode becomes relevant.

The R-36M2 / 15P018M / RS-20V / Voevoda missile system was adopted in 1988 and replaced the older systems of its family. More than 30 years have passed since then, leading to well-known consequences. Despite all the measures to extend the resource and service life, the R-36M2 missiles will soon have to be removed from service.

The topic of rejection of the Voivode in favor of other models with subsequent cancellation has been discussed for many years. In March 2018, the Ministry of Defense revealed its plans in this regard. Deputy Minister of Defense Yuri Borisov then said that the life cycle of the R-36M2 ICBM is nearing its end, and it is planned to remove them from duty in the near future. Old missiles were supposed to be sent for disposal.

R-36M2 missile monument in Orenburg. Wikimedia Commons Photos
According to data from various open sources, the Strategic Missile Forces currently holds no more than 45-50 missiles of the R-36M2 type on alert duty. A number of such products may be in storage. Thus, in the foreseeable future, the Ministry of Defense will write off dozens of old ICBMs and make way for new ones.

The further fate of the decommissioned missiles is obvious. Waste ICBMs will be sent for disassembly and disposal. However, another use of products is possible, as officials and sources of various kinds have already spoken about.

A certain part of the Voevoda ICBMs remaining on duty will soon be dismantled. Such a process starts already this year. In early January, Interfax, citing the Spark-Marketing information system, announced the launch of a tender for the disposal of two decommissioned missiles.

According to the terms of reference of the tender, the contractor will have to accept for disposal two transport and launch containers with the Voivode. They should be taken from the military unit in the Urals and delivered to the enterprise, which will have to be disassembled. When disassembling, a certain amount of materials to be sold will be obtained. The remaining waste is disposed of in the prescribed manner. The work on the two ICBMs should be completed by November 30 this year. Disposal will be carried out in accordance with the terms of the current strategic arms treaties. 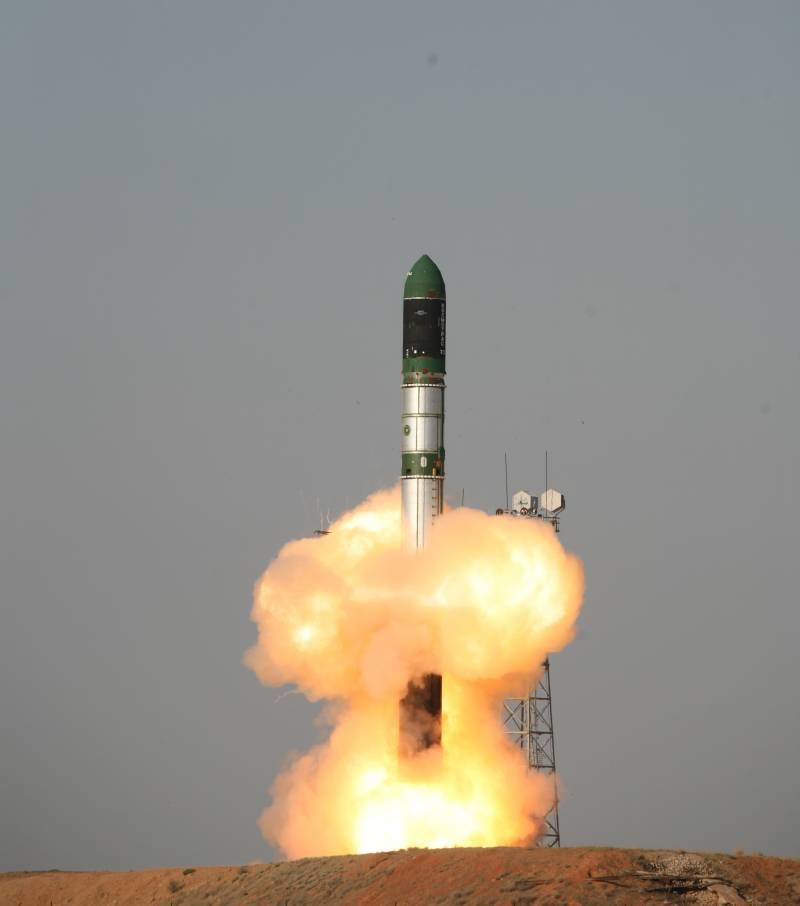 Launch of the Dnepr launch vehicle, June 21, 2010. Photo by Wikimedia Commons
The expected results of missile disposal are known. The R-36M2 product with a TPK weighs about 52 tons, and about half of this mass falls on materials suitable for reuse. The contractor will “extract” 20 tons of non-ferrous and 6 tons of ferrous metals, 19 kg of silver, 1200 g of gold and 55 g of platinum from each rocket. Some other materials will also be sent for recycling.

The cost of work and their contractor are not specified. It is clear that the sale of recovered materials will at least partially offset the cost of disposal.

It is likely that the current tender for the disposal of two R-36M2 ICBMs will not be the last. Over the course of several years, about 50-60 missiles will be decommissioned, and a significant part of them should be disassembled. The exact schedule for the disposal of missiles and other plans of the Ministry of Defense have not yet been announced. Probably new details will appear in the near future.

From the mine to space

One way to get rid of decommissioned ICBMs is to convert them into launch vehicles to bring payloads into orbit. So, in 1999-2015. the Dnepr missiles, built on the basis of decommissioned combat R-36M UTTH / RS-20B, were operated. 22 launches (1 emergency) with 140 spacecraft took place. Over the past few years, the Dnieper has not been used for a number of reasons, but there is evidence of a small stock of R-36M UTTKh ICBMs suitable for conversion. 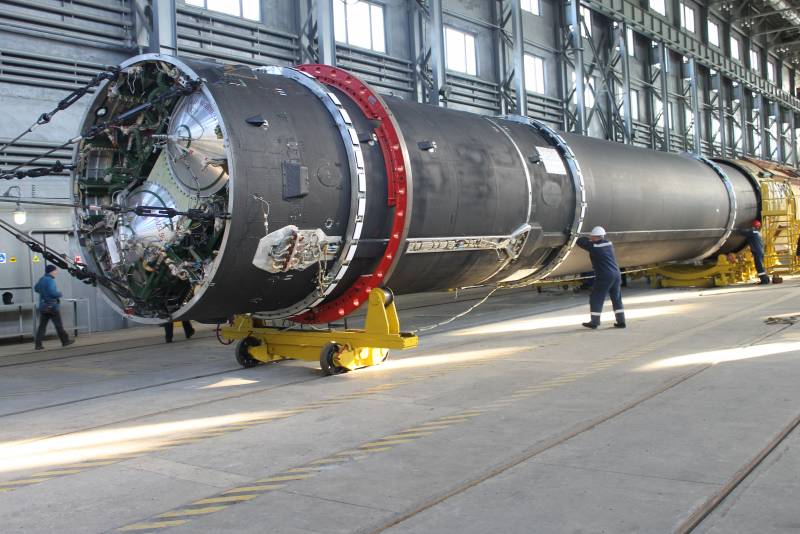 Voyevoda missile in the workshop of the Center for the Elimination of ICBMs. Photo TsLMBR / TsENKI / russian.space
In recent years, the theme of developing a new launch vehicle based on the R-36M2 Voyevoda product has been repeatedly raised. So, in May 2018, RIA News referring to sources in the space industry spoke about the possible creation of a new project of the Dnieper type on a new base.

It was about the conversion of combat ICBMs R-36M2 into launch vehicles using existing experience. At the same time, unlike the Dnipro project, it was planned to manage on its own and without the involvement of Ukraine. It was noted that the use of R-36M UTTX modification missiles is now not advisable due to their small number. The newer and more numerous P-36M2s are of more interest in this context.

About a year after the news, official statements were made. In May 2019, the head of Roskosmos Dmitry Rogozin spoke about the plans for the Voivode. According to him, the decommissioned missiles will undergo conversion and will be used to launch a load into orbit. However, the head of Roskosmos did not provide specific data. 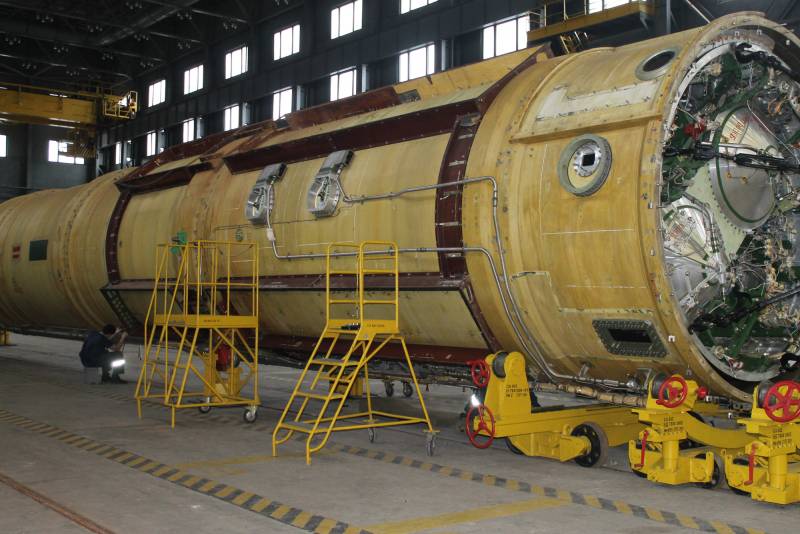 In anticipation of a showdown. Photo TsLMBR / TsENKI / russian.space
Since then, the topic of processing combat ICBMs into a launch vehicle has not been raised. It cannot be ruled out that the development of such a project is already underway, but data on its account are not yet available. The lack of news about the launch vehicle and the announcement of a tender for disposal can also be interpreted as a rejection of plans for the conversion of decommissioned weapons.

For its intended purpose ...

An alternative to utilization or conversion may be the use of missiles for their intended purpose - as part of exercises or tests. However, not all such methods are expedient and make sense, given the well-known plans for the future.

In the past, combat training launches of Voevoda products were regularly conducted, both in the order of the Strategic Missile Forces exercises and as part of larger events of the armed forces as a whole. Regular missile launches allow you to test the skills of personnel and the performance of the systems in conditions as close to combat as possible. However, it should be noted that the last training launches of R-36M2 products took place several years ago, and since then weapon did not apply.

Training launches of the R-36M family of ICBMs were regularly carried out in the order of testing according to the results of measures to extend the life of equipment and weapons. The successful launch of ICBMs for training purposes at the training ground confirmed the correctness of the solutions used and allowed to extend the operational life. However, now such events and launches simply do not make sense. R-36M2 missiles will be abandoned in the near future, and the extension of the resource is no longer planned. 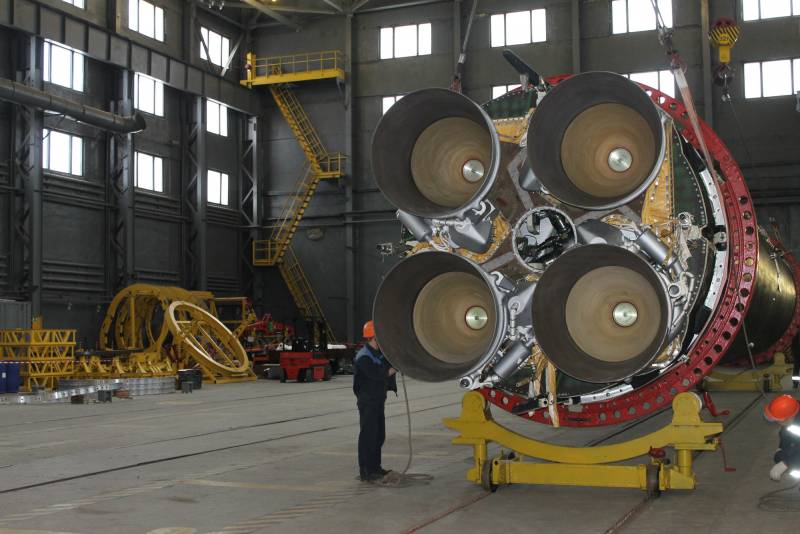 Photo TsLMBR / TsENKI / russian.space
The launch of an intercontinental ballistic missile during exercises or for the purpose of testing is a kind of alternative to disposal and also has its advantages. Nevertheless, the number of reasons for such use of the Voivode has decreased for objective reasons.

As you can see, old ICBMs with an expiring life can be used in different ways or disposed of with certain benefits. To date, reliable information has appeared only about the future disposal of missiles. The prospects for conversion in the interests of the space industry remain unclear. However, new information about the plans of the Strategic Missile Forces and the Ministry of Defense may appear in the very near future.

Since the late eighties, the R-36M2 Voyevoda missile system has been one of the main means of ensuring the strategic security of our country. However, more than 30 years have passed, and this complex is outdated - it will have to be removed from service and replaced with a modern one. Old missiles are regularly handed over for cutting, and this year two regular products will cease to exist.

In fact, an era ends in stories our strategic missile forces. And now everything possible is being done so that its completion is not associated with losses, but gives certain benefits. How exactly the Ministry of Defense will get rid of old weapons is already clear. Perhaps in the near future new details will appear.