US MTR seeks new parachute for jumping from high altitudes 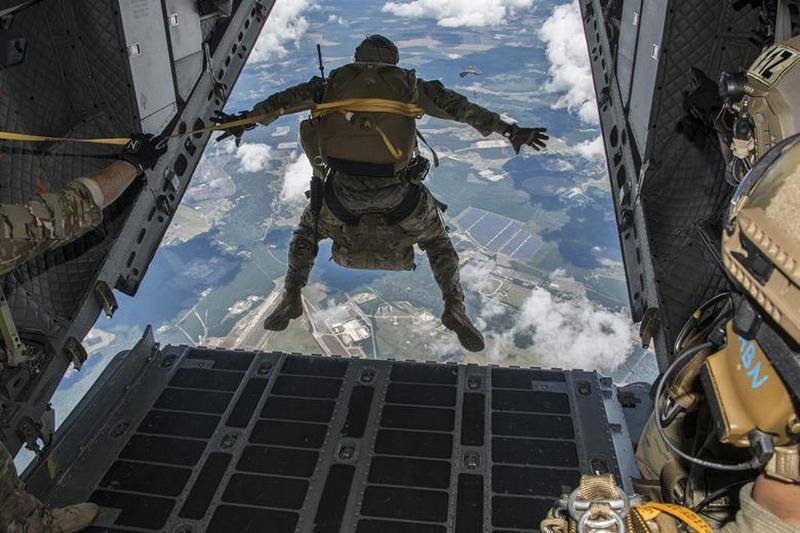 The American special operations forces intend to soon adopt a new parachute system, which allows jumping from heights of more than 7,6 km. The command of the US Army has placed a request for information on technologies that will allow you to create a parachute for high-altitude jumping, reports Flightglobal.


According to the publication, at present, the US Special Operations Forces (MTR) use the RA-1 parachute system for high-altitude jumps, which allows jumping from heights of no more than 7,6 km (25 thousand feet). The system was developed in the mid-2000s for covert landing.

RA-1 is equipped with a paraglider, it allows you to make both long jumps and open the parachute immediately after leaving the plane, which allows you to plan up to 50 km from the landing point. The system is designed for 204 kg of load, including the paratrooper himself and is equipped with an oxygen cylinder with a breathing mask.

The new parachute system, designed to replace the RA-1 in the future, should be designed for jumping from a height of 10,7 km (35 thousand feet) and be designed for a load of at least 158,7 kilograms.

The competition announced by the US Army will consider not only completely new parachute systems, but also modernization options for the new requirements of the RA-1 system.

In Russia, in 2016, it was announced the creation of the Dalnolet parachute system, which allows landing from heights of 8-12 thousand meters. The system is designed for a total load of 190 kg, is equipped with a special seat for convenience and allows planning up to 60 km from the landing point, and with a fair wind up to 100 km. There is an oxygen device.