The Energy Triangle Israel-Cyprus-Greece vs. Gazprom: Who Who 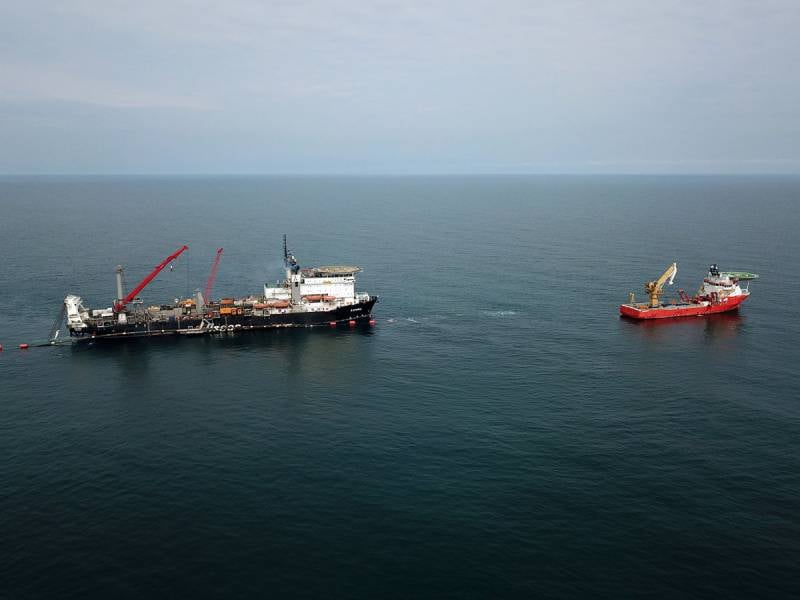 Today, the mass media of the European and European countries are widely discussing the decision of the three states to strike at Russian Gazprom with their own gas pipeline. The matter concerns the joint construction by Israel, Cyprus and Greece of the EastMed gas pipeline, which is supposed to deliver gas to Europe from two fields: the Israeli Leviathan and the Cypriot Aphrodite. Can the appearance of this underwater gas pipeline in any way harm the Russian-Turkish gas pipeline "Turkish Stream"?

Let's add here the depths along which the pipes need to be laid. The depth of the Mediterranean Sea along the EastMed route reaches 3000 meters. The cost of working at such depths increases. According to Israeli experts, the total cost of the EastMed gas pipeline will be at least $ 7 billion. Compare with SP-2. The length of the gas pipeline is 1200 km, the depth of the pipe is from 50 to 250 meters. The cost is $ 9,8 billion. The difference in the cost of gas pipelines is explained by the fact that EastMed was originally designed as a political project. The EU even allocated about $ 39 million for the design.

There is one more indicator that must be mentioned. This is the expected capacity of the pipeline. The planned capacity of EastMed is 15 billion cubic meters. However, according to independent experts, it is simply impossible to squeeze more than 10 billion out of Leviathan and Aphrodite. That is, at a comparable cost, gas from the Israeli gas pipeline will cost more.

Output? In an effort to oust Gazprom from the southern European gas market, the EU and the US are playing exactly on the side of the Russian gas giant. The created "Energy Triangle" of Greece, Cyprus and Israel cannot actually compete with Gazprom. However, its creation pushes Asian gas producers to closer contacts with the Russian concern.

For the countries of Central Asia and Azerbaijan, there are simply no other ways to deliver their own gas to the EU, except for the TANAR (bypassing Russia) and two Russian gas pipelines - the Blue Stream and the Turkish Stream. In addition, the Energy Triangle forces Turkey to work more closely with Russia.