“And we still have the old BMP-1 scrap metal”: in Poland, they spoke about new armored vehicles in the Russian Armed Forces 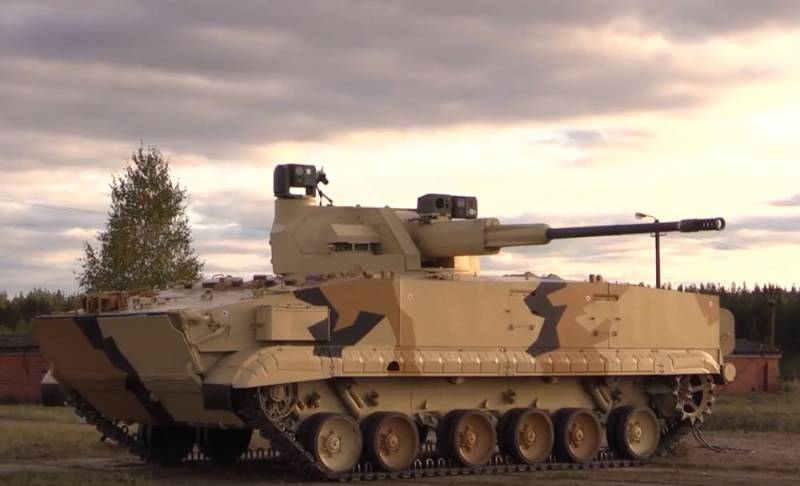 In the Polish military-oriented media, Defense24 published material on the planned delivery of the latest armored vehicles to the Russian Armed Forces in 2020. The author of the article, Mateusz Zilonka, informs Polish readers that in the coming year Russian troops will be replenished with BMP-3s with 57 mm guns, BMPT Terminator, as well as BMP-2Ms with ATGM 9M133 Kornet (Berezhok combat modules).


BMP-3, as noted in the Polish media, is equipped with the latest combat module "Age", which is remotely controlled and allows you to hit a wide range of targets, including armored vehicles - for example, armored personnel carriers of the enemy.

A separate story about BMPT (BMOT) "Terminator", created on the basis of tank T-72A.

These vehicles should provide direct fire support to the Office with anti-tank missile launchers against enemy long-range tanks and with automatic guns against lighter armored targets and manpower at close range.
Material about the rearmament of the Russian army aroused considerable interest among Polish readers. The author was rained with questions. One of them turned out to be devoted to the use of a module with a 57-mm gun.

It seems that the Russians had never produced such a gun before. So this design is made from scratch?
A reader at Defense24 is trying to find out if the weight of the turret is increasing due to the use of higher caliber guns and shells, "which should be provided with an electric drive of greater power?"

If the capacity of the ammunition compartments remains the same, then, accordingly, this will affect the ammunition. For ammunition of caliber 57-mm ammunition will be less (than for 30 mm), it will often need to be replenished. Here in general it is necessary to solve a lot of technical problems.
Another reader of the material notes that Russia is constantly improving its armored vehicles, and the Polish leadership, constantly increasing its military budget, is going the wrong way:

You can see how the Russians are developing and modernizing their forces, but what about us? BMP-1, which is an old tin can, scrap metal, and the date of commissioning of the Borsuk armored vehicle has not yet been presented.