New Iranian fighters: how to fight against the Raptor and F-35 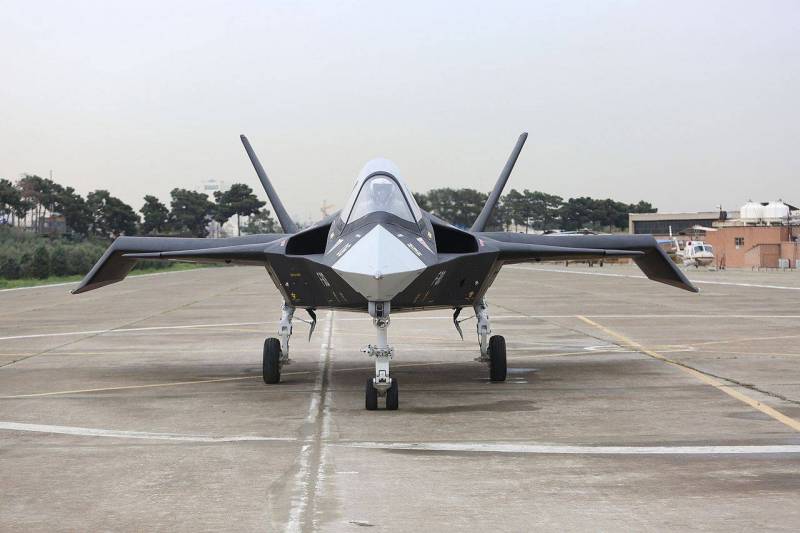 Relations between the Islamic Republic of Iran and the West (primarily the United States) have never been good. Recall that the 1979 revolution overthrew the secular Shah Mohammed Reza Pahlavi, abolished the monarchy and established the power of Ayatollah Khomeini. The US attempt to somehow influence the situation, to put it mildly, had no effect. Moreover, the ally of the Americans in the person of Iraqi leader Saddam Hussein, who had high hopes, at some point began to lead his own game. However it is long историяfull of all kinds of contradictions. Another thing is important.

What does Iran have (or may appear), start a real conflict? You can talk endlessly about thousands of boats, boats, ATGMs and other things that could be used, for example, to combat piracy (but not in a real war against a real enemy). First of all, of course, we are talking about fighters. The logic is simple. If the United States gains dominance in the sky, then suppressing air defense will be a matter of time. And after it comes the destruction of ground objects, as was the case with Iraq in 1991. Therefore, Iran tried to create its own combat aircraft. How did he do it? 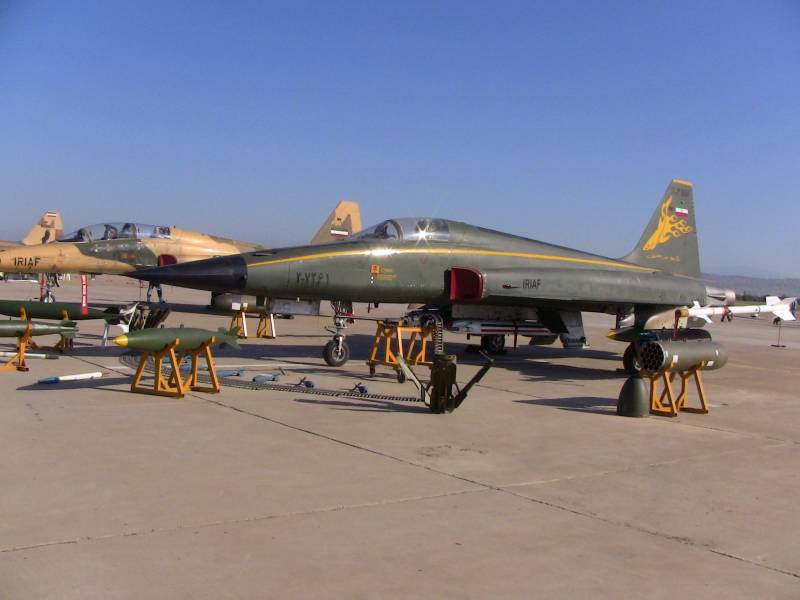 Basis Iranian Air Force For many years there were (and partially continue to remain) the American F-14 Tomcat and the Soviet MiG-29. Iranians can theoretically find a few dozen combat-ready vehicles, but the planes are old, they need to be changed for something. Back in 1986, Iran began developing its own fighter. Azarakhsh ("Lightning"), created by the Iran Aircraft Manufacturing Industrial Company (HESA), began to be tested in April 1997, at the same time the machine completed its first flight.

It is known that in September 1997 the aircraft carried out bombing, dropping two napalm tanks weighing 113 kilograms each. In general, its combat load is declared in the region of 3200 kilograms (indicate, however, other data), which are located on seven nodes of the suspension. There is one 20 mm gun.

Most importantly, we are faced with nothing more than a version of the American Northrop F-5, which made its first flight in 1959. The aerodynamic layout of the aircraft is very, very close: however, Azarakhsh is somewhat larger than the overseas "brother".

The main problem is that we still cannot speak with confidence about the capabilities of the new aircraft and the number of Azarakhsh issued (a number of sources speak of several dozen produced aircraft). Earlier, the media called two Russian RD-33s, the same as those on the MiG-29, as the basis of the power plant for this machine. N019ME Topaz was indicated as a radar, as on the MiG-29SD, with the ability to work more or less efficiently on ground targets. That is, according to the idea of ​​the Iranians, there should have been something in between the F-5 and the MiG-29: obviously not what you expect from an aircraft of the XNUMXst century. 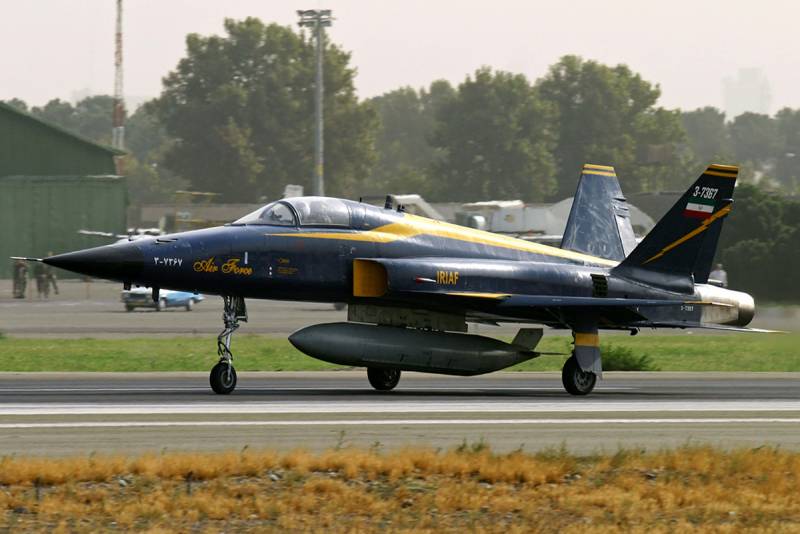 Having completed its first flight in 2004, Saeqeh was, without a doubt, the development of the ideas embodied in Azarakhsh. In a broad sense, this is a single-seat version of this machine, which has an excellent tail unit. The tail end no longer looks like the Northrop F-5, but is similar to the much more modern McDonnell Douglas F / A-18 Hornet. However, we repeat, do not deceive yourself: this is not the Hornet, but the modernized F-5. With all the ensuing consequences. In general, the definition of “light fighter” was well suited to the “American”: relatively economical, with a small combat radius and limited load. As of the 50s, it was a conceptually very successful aircraft. Now its modernization potential has been exhausted.

What is specifically known about Saeqeh? The first squadron of these aircraft was received by the Iranian Air Force in 2009, and the total number of aircraft built is estimated at several dozen (that is, the situation is close to that in the case of Azarakhsh). It is assumed that the Saeqeh has 7 suspension nodes: 2 at the wingtips, 4 under the wing and 1 under the fuselage. Other characteristics can be found in open sources (this applies to both Saeqeh and Azarakhsh), but it’s hard to say how true they are. In fact, in many cases they are purely speculative in nature and require confirmation. 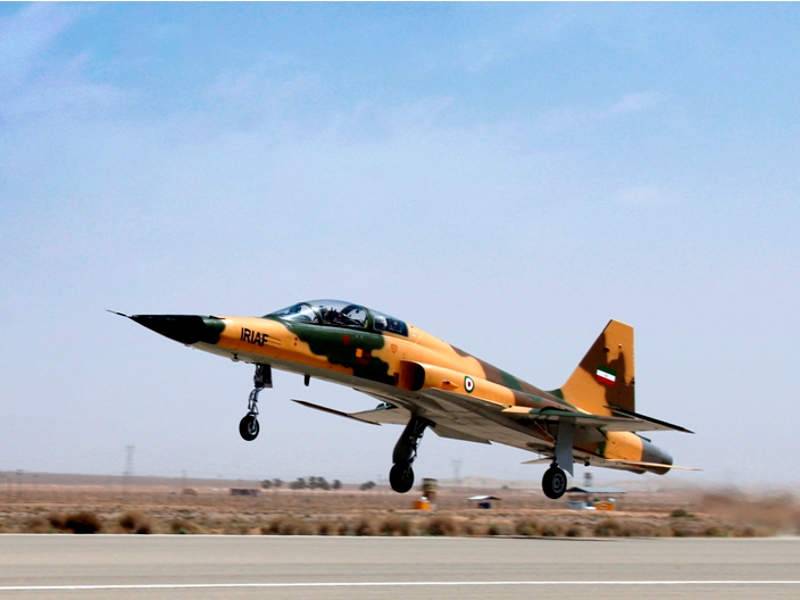 A much less well-known aircraft, but it was he who was supposed to give the aircraft industry of the Islamic Republic a full-fledged ticket to life. Recall that Kowsar was presented as a purely "national" development. It was presented in August 2018, and already in November it became known about the start of serial production. “Soon the required number of such aircraft will be produced and transferred to the Air Force,” said then Minister of Defense Amir Khatami.

The machine must exist both single and double versions. The aircraft has a "multi-purpose radar and computer ballistic calculation system."

As expected, Israeli experts were skeptical about the new product, saying that it was the same ... Northrop F-5. In the West they were more restrained. “While the Kowsar presented today looks similar to the F-5F, it is not identical to those (fighters, Military Review) received from the USA. For example, photographs show a more modern digital display of the cockpit and ejection seats created on the basis of Russian K-36s, ”Joseph Dempsey, a specialist based in London at the International Institute for Strategic Studies (IISS), told The Defense Post.

According to Justin Bronka, a researcher at the Royal United Institute for Defense Research (RUSI), Kowsar is very limited in terms of radar capabilities and combat radius. We have no special reason to doubt the correctness of these judgments, although, of course, every country can have a hidden ace up its sleeve. 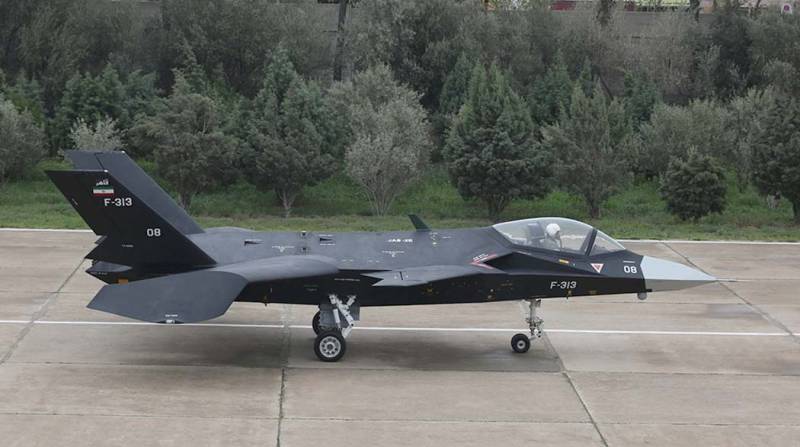 Introduced in 2013, the Iranian “invisible” fighter can rightfully be considered the strangest “stealth” (provided, of course, this wording is generally appropriate here). Recall that for a long time no one heard of a small single-seat car, outwardly unlike anything at all. However, in 2017, taxi tests of this aircraft developed by the Iran Aviation Industries Organization (IAIO) began.

For the fighter, they chose the integrated layout and the aerodynamic scheme "duck". It has a normal sweep wing with wingtips deflected 60–65 degrees downward and keels “collapsed” in different directions, which partially relates it to Saeqeh (but not Azarakhsh). But this relationship, of course, is conditional, as with Northrop F-5 - except that we can talk about the composition of avionics, which, however, is also doubtful. You can only compare a plane with its earlier version - that is, 2013. As you can see, instead of one nozzle, it has two. They are recessed into the fuselage and placed inside special pipes, which (in theory) can serve to reduce IR visibility.

Needless to say, in the West the plane was called “paper”, adding, however, that in theory it can be used to combat helicopters. Experts drew attention to the form of the fuselage, strange from the point of view of aerodynamics, as well as the very small size of the air intakes. But the Iranians seem to be full of optimism: at least this follows from official statements. “This is an American analysis. We can safely say that Qaher, designed and built for two to three million dollars, is designed to protect the Persian Gulf, ”said Iranian brigadier general Majid Bokey. “Of course, a feature of Qaher is its ability to fly at low altitudes, and this is an ability that no similar aircraft in the world have,” said Qaher-2013 project manager Hassan Parvaneh in 313.

As you can see, the situation with Iranian fighters is ambiguous. In fact, the country was not able to create its own aircraft, which is logical given the international isolation and sanctions, which will now become even stronger. Purchase weapons abroad in such circumstances, it could be the only real way out, but again, this requires good relations with other countries, a lot of money and time, which Iran may not have.