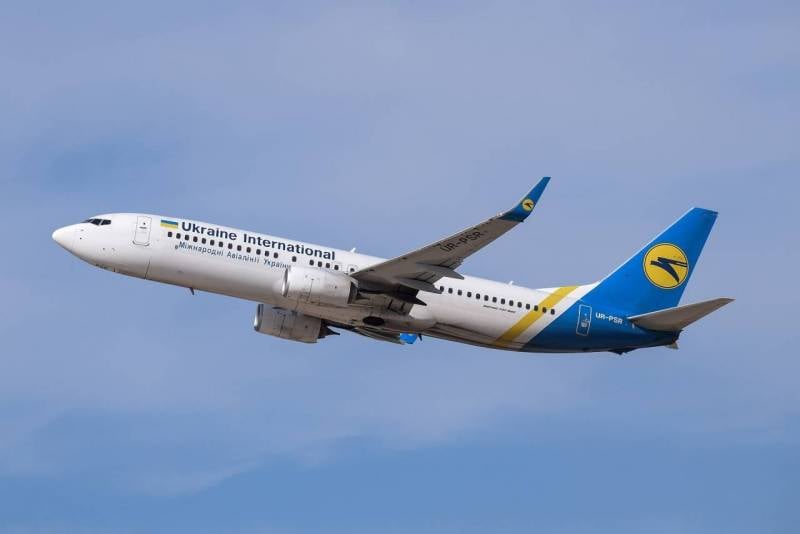 The crash of Flight PS 752 of Ukraine’s International Airlines, which occurred at Tehran’s international airport just a few hours after the IRGC launched rocket attacks on US military bases in Iraq, does not just give rise to a great many questions. It inevitably provokes stubborn, directly obsessive associations with another tragedy - the Malaysia Airlines airliner that crashed in Donbass in 2014 on the flight MH-17. And the point is not even that in both cases Boeing planes appear (although this, apparently, does matter), but in a whole chain of other, far more sinister and meaningful coincidences and parallels that are worth it to talk about them separately and thoroughly. Immediately I want to dot the “i” - the following should in no way be taken as a statement. This is nothing more than a version, and each reader has the right to support, refute, or even ridicule it. In this case, however, it is recommended to read to the end and then draw conclusions.

I will not retell for the hundredth time the details of the disaster, which have already been repeatedly voiced by all world and domestic media. Let us dwell on those points that initially cause bewilderment and questions. One of them, of course, is the more than strange behavior of the Ukrainian Embassy in Iran. A message about the tragedy on his official website appeared quite quickly. It clearly and unequivocally stated that the cause of the incident was a malfunction of the engine, and the versions of the terrorist act or missile attack were completely excluded. And suddenly something happens ... The meaning of the written changes almost exactly the opposite: the lines above disappear and instead appear words about the commission figuring out the causes of the disaster. And also a rather strange statement that “any statements” regarding the accident before the end of the work of this commission itself are “not official”. At first glance, nonsense. But only at first. Since almost immediately after this, according to world news agencies, “dispersal” of the information of the Jordanian publication Al Hadath begins, claiming that the airliner “was mistakenly shot down by Iranian air defense forces”. No evidence, no references to sources, even traditionally "wishing to remain anonymous." The Iranian government makes an official statement that it has nothing to do with the tragedy and is ready to prove it. However, it’s too late. The process, as they say, has already begun. To what extent this informational “snowball” has grown literally within a day, I will tell a little later.

With UIA Boeing 737-800 NG itself, performing the fateful flight Tehran - Kiev, there are not so many oddities, but extremely many. They can be said, in this case, going through the roof! We must start with the fact that it was one of the newest "boards" of the company, whose technical serviceability did not cause the slightest doubt. Moreover, the last time it was checked literally on January 6 of this year. Crew members - ship commander Vladimir Yaponenko, instructor Alexei Naumkin, co-pilot Sergey Khomenko had 11 plus, 12 and 7 and a half thousand flight hours, respectively. Sergei Vakhrin, instructor for the deceased pilots, claims that with such an emergency situation as engine failure, any of them would be able to cope, and all together - for sure. Thus, the official version of the “technical malfunction” that led to the disaster raises huge doubts. The opinions of professionals on this issue are initially divided to the full polarity. So, Australian aviation expert Jeffrey Thomas categorically denies the possibility of a missile strike, claiming that the explosion that destroyed the aircraft occurred inside it. On the contrary, Vadim Lukashevich, who was presented by one of the Voice of America projects as a “former employee of the Sukhoi Design Bureau,” argues that the priority should be given to the version of precisely getting a guided missile into the ill-fated Boeing. At the same time, he refers to some “photographs”, which, however, his statements “do not prove”. In a word, confusion and reels. Well, and “ahead of the rest”, as usual in such cases, our old friends, Bellingcat, are already running, trying to declare the “killer” of the Ukrainian airliner Tor air defense missile systems. This is done on the basis of a piece of hardware posted on the Internet, supposedly "discovered at the scene of the accident", it is not clear when and by whom. How familiar!

In principle, the mere fact of an immediate connection to the “investigation” of these bore scribes with a rather dubious reputation is more than eloquent. They, you understand, are already undertaking to “determine” the location of the aircraft in the airspace of Iran and “check” whether it was within the reach of the “Tor” air defense system, which are in service with the local air defense systems. Will we bet on the results of this “objective verification”? I also think it’s not worth it. It’s better to try to deal with a whole series of “indirect evidence”, testifying in favor of the fact that we are dealing with no accident and not even with an “air defense error”, but with the cold-blooded murder of 176 people arranged for the purpose of international provocation. One to one - as with the Malaysian Airlines liner that died over Donbass.

Let's start with the simplest - the citizenship of the dead. There was a minimum of Ukrainians there - a crew, cabin crew and two passengers. Most were Iranian students returning to their place of study after the holidays. But ... Also on board were 63 Canadian citizens, 10 - Sweden, three citizens of Germany and the UK. A kind of sinister "international." What the other day, Mr. Trump was broadcasting about the “need for greater involvement of NATO countries in the crisis in the Middle East” ?! So there’s a good reason for you - it’s better not to come up with ... I completely admit that the corresponding teams were given by those who already knew perfectly well: the IRGC’s “retaliation strike” was delivered from scratch, and it won’t become a reason for launching full-scale hostilities. Ahead is a new stage of the confrontation with Tehran through sanctions and other instruments of international isolation. And it is highly desirable that this time Washington’s desire to drive the Iranians into a corner, its allies supported more actively.

Let me remind you - the collapse of MH17, according to many analysts, just became that “boiling point”, after which the most severe and, so to speak, massive sanctions were imposed on Russia not only by the United States, but also by the European Union, , after which our country was completely shamelessly and shamelessly accused of direct involvement in the armed conflict in the Donbass. Ukraine “played” its role in this heinous action “excellently”, but bad luck - over time, Malaysia began to be self-wishing, and in Europe it somehow diminished confidence in the version of the tragedy that was stubbornly imposed on it. This is the answer to the question of why in this situation the Ukrainian “board” was subjected to destruction. Let me remind you: according to the current protocols of the International Civil Aviation Organization (ICAO), a disaster investigation will be carried out by a commission consisting of representatives of both the country where the incident occurred (Iran) and the states that own the aircraft and its manufacturers. That is, Ukraine and the United States. Can you imagine what they "dig" there? Yes, exactly what will be prescribed from Washington! Moreover, as it became known, US Secretary of State Mike Pompeo, with whose "light" hands and all the present bloody porridge was brewed in the Middle East, has already made an official statement of readiness to provide Kiev with "all possible assistance in an objective investigation." And that he intends to "closely monitor this incident." Here is the explanation for the quick “change of shoes” of the “non-down” embassy in Tehran regarding the versions of the tragedy. It is clear that they “stuck” and received instructions to change the text straight from Kiev, where by that time the “correct” interpretation had already been voiced. And, by the way, Zelensky had a telephone conversation with Pompeo just on the eve of the disaster. Really?!.

And, by the way, here's another thing: no matter how cynical it sounds, but it’s quite possible that the choice to sacrifice precisely Boeing aircraft is not at all random. In order to arrange a catastrophe over which experts will then puzzle over, it is necessary to know very well the hidden capabilities of the winged machine. Those in the liners of this particular manufacturer, as shown by the sad experience with the "killer program" MCAS, may well exist. Anyway, the fate of this corporation is now entirely in the hands of the US federal authorities, and the Pentagon is its main savior in a difficult year ... However, moving further in this direction, we are indeed at risk of falling into the shaky ground of conspiracy theories. We can do without it. Absolutely obvious facts are enough to suggest that the accident of PS 752 flight may well turn out to be another act of a secret war waged by those who consider themselves entitled to single-handedly decide the fate of not only individual countries, but of the whole world, while giving human lives no more significance than to broken tin soldiers. The beneficiary state in this case is more than obvious. And it’s easy to get an idea of ​​how far-reaching game can go over time with a properly promoted and generously nourished information campaign on this subject, taking control of squeamishness and familiarizing yourself with some of the freshest “pearls” from the Ukrainian blogosphere. So far, the ravings that Vladimir Putin was in Damascus exclusively “for organizing an Iranian attack on the Ukrainian airliner” are written and discussed only there, in all seriousness. But this is for now ...

Well, all that remains is to express my sincere condolences to the families and friends of all the victims. And also the hope that the names of the passengers and crew of flight PS 752 will complete the list of those whose lives were cut short on Iran’s land for as long as possible.