As the Minister of Internal Affairs, Dikiy framed the head of the DPR Pushilin 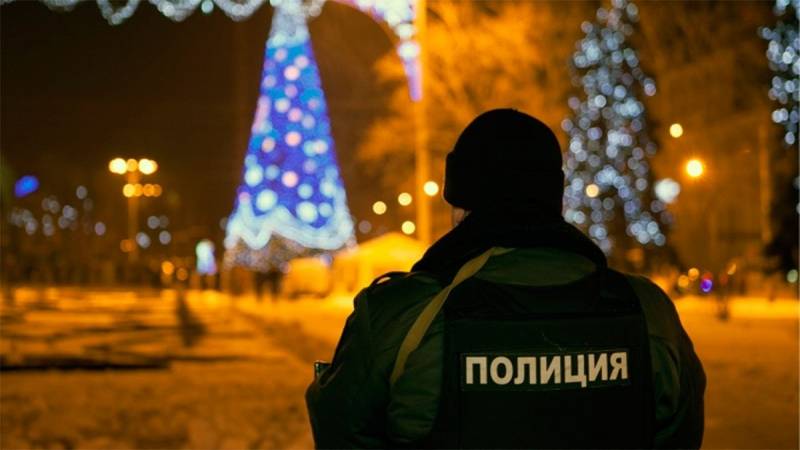 The attempt of the head of the DPR Denis Pushilin to make the New Year holidays brighter for the residents of the republic by temporarily canceling the curfew has failed due to the efforts of the Ministry of Internal Affairs. Despite the conditions agreed in advance by the government with the law enforcement agencies and published everywhere, every person who had a rest at night should have a passport with him, without a specific indication of whether this is a DNR or Ukraine passport. Law enforcement officers received an order from the leadership to detain and interrogate everyone who did not have a DNR passport. As a result - mass complaints and a somewhat spoiled holiday for many citizens of the republic.

When complaints poured into social networks and groups, officials and official channels reacted in the usual way - they stated that there was nothing of the kind. Nevertheless, concrete evidence soon appeared, including recordings of conversations, names and surnames of employees who detained vacationers, etc. It turned out that this initiative really took place, and its author was the leadership of the DPR Ministry of Internal Affairs.

Why law enforcement officers decided in this way to substitute the head of the DPR, a mystery. But it is noteworthy that in the LPR, where the curfew was also temporarily lifted, nothing of the kind happened.

Recently, it has become increasingly noticeable that Pushilin’s efforts to strengthen his rating and find a common language with the population stumble upon well-planned and consistent opposition from both ordinary officials and senior executives. For a while, it seemed that we were talking about the dysfunction of the government as a whole, but at the end of 2019 it became clear that this was sabotage. There was probably a split in the DPR government, and someone is now struggling to undermine the chair of the head of the republic.

Evidence of this last year appeared constantly. Then the Minister of Health completely eliminates the increase in salaries, canceling premiums for doctors. And then it completely strikes at the head’s rating, canceling payments to blood donors (and donation is an important issue for a warring republic). Then the Minister of Minugol Dubovsky ignores the appeals of the miners, indignant at the delays in salaries, and then sabotages the direct order of Pushilin, refusing to pay off the debt.

That Mininform DNR pleases Ukrainian propaganda, merging internal documents to Ukrainians. And to make it even more fun, he publishes in his telegram channel "InfaDNR" all sorts of nasty things gleaned (or originally posted there?) From the Ukrainian media.

Again, nothing at least approximately similar to these events is observed in the LPR, and as for the Internet opposition, it does not exist at all in the neighboring republic. And not at all because someone is shooting her there.

The situation is regrettable, first of all, not because Denis Pushilin and his associates can lose their seats. Hardly many in the republic will fight in tears. But because there is not the slightest reason to believe that people who will replace today's authorities will be better. In general, there is no reason, given the fact that, trying to solve their problems and, probably, get power in their hands, these people sabotage various government decisions aimed at improving the life of the DPR population. That is, for the sake of their interests, they harm the population of the republic.

And in this situation, the DPR government (and those who appointed it) obviously need to do something, because these games are hurt by living people who are already suffering. Either to restore order in their ranks, or to reconcile and sign their own impotence. But today's situation is clearly no good.

We are in Yandex Zen
Situational analysis of the death of the MH17 flight (Malaysian Boeing 777), made on the basis of engineering analysis from 15.08.2014
Results of the week. "God forbid to see Russian revolt, senseless and merciless!"
13 comments
Information
Dear reader, to leave comments on the publication, you must to register.