The echo of the Suleymani assassination: oil and gold rise in price against the backdrop of the alleged war 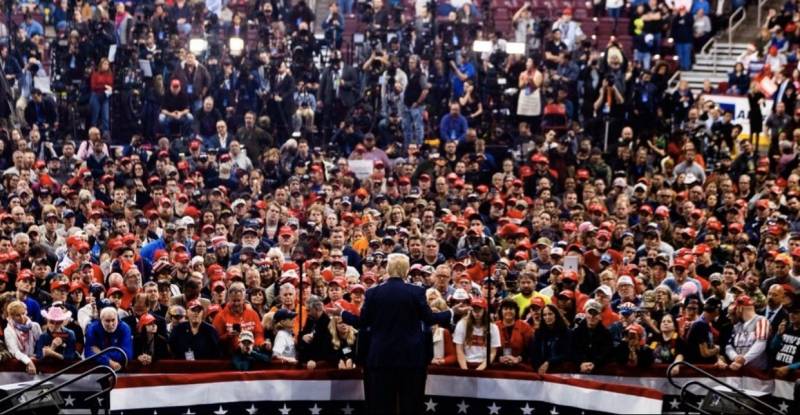 The Islamic Revolutionary Guards Corps launched rockets at US bases in Iraq. In this regard, the American president, according to some reports, intends to appeal to the people.


As two officials told CNN on condition of anonymity, D. Trump’s speech will take place on January XNUMX and will be broadcast from the Oval Office. Speech time is not indicated. However, the same CNN later informed its viewers that Donald Trump was not going to appeal to the nation.

Apparently, instead of a speech, the president decided so far to confine himself to a meeting. This has already been convened: after the Pentagon officially recognized the fact of the attack on the facilities, Donald Trump urgently called for Minister of Defense Esper and Secretary of State Pompeo.

Recall, the IRGC carried out dozens of missile attacks on two US military air bases in Iraq. Operation “Martyr Suleimani” was announced. The attacks were "addressed" to those military personnel who, according to the IRGC, were involved in the death of General Suleymani. As a result of the attack, fighters at the Ein al-Assad air base were damaged (the exact number of damaged or destroyed aircraft is not yet known). It is assumed that there are human casualties.

Land-to-ground missile strikes are far from everything Iran took on January 8th.

According to the NBC News bureau in Tehran, referring to the Iranian state media, after a missile strike, Iranian air force fighters entered Iraqi space.

The situation is becoming critical: Washington recognizes that Iran’s actions could be the beginning of a war.

Oil markets reacted violently to the situation. WTI prices jumped noticeably on the morning of January 8. Analysts directly link the rise in oil prices with Iranian strikes on US facilities.

At four o’clock in the morning of Moscow time, the cost of WTI crude oil futures (February) rose by more than 4 percent.

The price of gold also rose. According to exchange reports, the price of a troy ounce of precious metal on COMEX in just over an hour increased by thirty-five dollars (an increase of 2,1%). Such a high cost (exceeding $ 1.600) is noted by observers for the first time since 2013.

Two days earlier, the price of oil broke through a six-month high. The reason was the assassination of General Suleymani in Baghdad.

As for the price of Brent, the price of this grade of oil exceeded seventy dollars per barrel for the first time since May 2019.

At the same time, a few days ago, shares of the largest company Saudi Aramco fell sharply. This is also associated with the death of Kassem Suleimani. On January 5, on the Riyadh exchange, the shares of this oil company collapsed by 1,7%.

We are in Yandex Zen
Daughter of slain Iranian general Suleymani predicted dark days for US and Israel
To beat or not to beat? on Iran ...
71 comment
Information
Dear reader, to leave comments on the publication, you must to register.