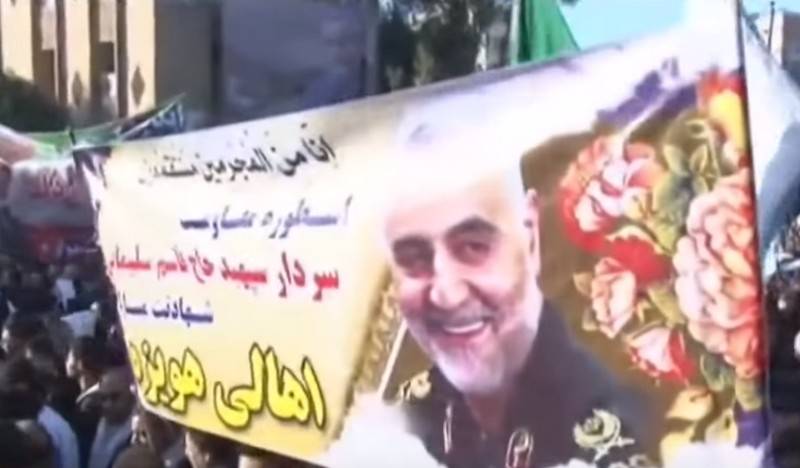 The daughter of the murdered Iranian general, Kassem Suleymani Zeynab, said that "black days" are coming for the United States and its ally, Israel. She made a corresponding statement at her father’s funeral ceremony, Reuters reported.

Crazy Trump, don’t think that with my father’s death it’s all over. A rainy day has come for the USA and Israel
- leads news word agency of daughter Suleymani.

Earlier in Tehran, the funeral of General of the Islamic Revolutionary Guards Corps (IRGC) Kassem Suleimani, who died during an American air strike in Baghdad, was held. Before this, the body of the general was transported almost throughout Iran.

Recall that General Kassem Suleimani and the deputy head of the Iraqi Shiite militia Abu Mahdi al-Muhandis died on the night of January 3 during an air strike near the airport of Baghdad. US President Donald Trump, who ordered the liquidation of the general, said earlier that the strike was "for peace." He also accused Suleimani of involvement in organizing an attack on the diplomatic mission in Baghdad on December 31.

In addition, Trump has already warned Iran that the US is ready to strike at 52 targets in the country, some of which are culturally and historical value.

Earlier in Iran, they said that in response to the assassination of General Suleymani, Iran plans to return to the nuclear program. weapons.
Ctrl Enter