Teachings at foreign borders, or if you want peace ...

July 20 2012
34
An ancient Roman historian Cornelius Nepos, a few decades before the New Era, formulated a simple and understandable principle: if you want peace, prepare for war. Two thousand years have passed since the time of Nepos, and the phrase has not yet lost its relevance. On the contrary, in the second half of the 20th century, she acquired a “second life”. Then the cold war ended and a relatively peaceful period began. stories. Nevertheless, states continue to prepare for a possible war and train their troops. Commendable initiative. Unless, of course, it goes against someone’s interests. 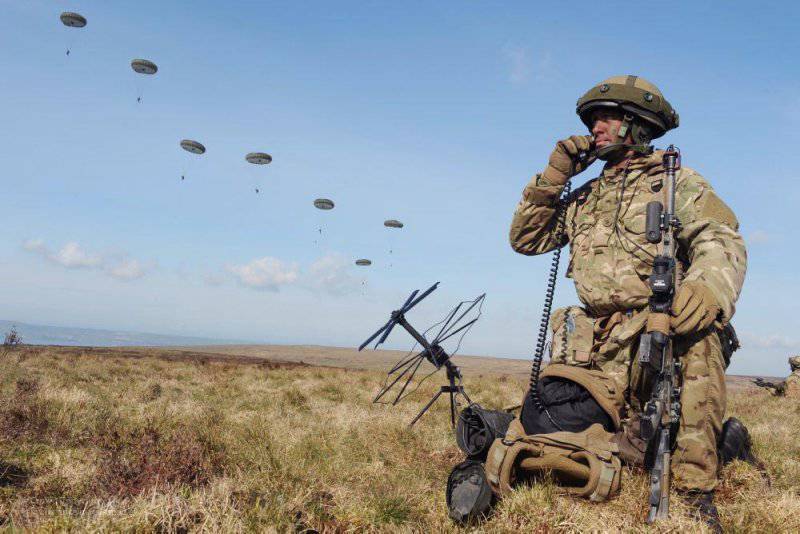 Among other things, NATO countries are preparing for a hypothetical war. The zone of interests of the Alliance includes vast territories on a considerable part of the planet. Because of this, the North Atlantic interests and intentions may overlap with others. With regard to Russia, this is manifested in regular military activities near its borders. First of all, it is worth remembering the international campaign to control the airspace of the Baltic States. A few years ago, Latvia, Lithuania, Estonia and NATO agreed that fighters of the Alliance countries would be based on the territory of the first three. The purpose of such cooperation was to ensure the security of the region. Joint patrols were to be carried out for several years, and then they were about to collapse. However, in February of this year, the NATO Council agreed with the leadership of the Baltic countries to extend the mission. And this time we are talking about the indefinite finding of aircraft. It seems to be a good initiative - duty in the airspace, security, etc. But a fair and logical question arises: from whom are NATO and the Balts going to protect Europe while on the border with Russia? Obviously not from North Korea, Iran or other "unreliable regimes."

Along the way, with combat duty in the Baltic States, NATO countries from time to time conduct various exercises in the region. The spring and summer of the current year were particularly “fruitful” for the exercises. In the first days of May, Baltic Fortress 2012 naval exercises took place. In the course of these maneuvers, warships of the Alliance and the Baltic countries worked out their interaction in a difficult situation. Among other things, several shootings were carried out, and a wide corridor was made in the training minefield. A little later, from 14 to 25 in May, the Baltic Sea became the arena for the Open Spirit 2012 teachings. The purpose of this event was again called training in the interaction of ships in international operations and the like. The last currently sea maneuvers in the Baltic region were held at the very beginning of June-month. In the course of the Baltops exercise from 1 to 16 in June, the Balts and NATO jointly landed airborne and amphibious assault forces on the coast and also jointly opposed them. It is worth noting that in addition to the ships of NATO and the Baltic countries, the Russian BDK Kaliningrad also participated in the Baltops-2012. The amphibious assault ships were protected by the Ticonderoga USS Normandy cruiser. Perhaps it is not necessary to once again talk about the stated objectives of the exercises.

One day earlier, Baltic Fortress 2012 began the Kevadtorm 2012 exercises. In the course of the last, about four thousand soldiers and officers from NATO and the Baltic countries learned how to carry out ground operations in the Baltic states on Estonian territory. A little later, there were maneuvers called Saber Strike. More than two thousand servicemen from eight countries took part in them. The stated goal of “Sword Strike” is to work out the interaction of armies of different countries during the ground operation “to establish peace”. Finally, in the last days of May, the Baltic Region Training Event XII was held in the territory of Latvia, Lithuania and Estonia. Under the leadership of the NATO Joint Air Command, the Alliance and Baltic countries air forces conducted a training offensive operation. One of the main attack forces during the event was the A-10 attack aircraft.

As we see, in less than two months in the Baltic region six military events took place. Based only on their number, one can draw conclusions about some unkind NATO plans regarding the Baltic coast and surrounding areas. Nevertheless, it is worth noting that all these maneuvers, starting with Baltic Fortress 2012 and ending with Baltops, are elements of one major training session. If you look closely at the goals of each individual event, you will notice an interesting pattern: during any of these or other parts of a typical operation by NATO forces, from air strikes to landing on the coast and the subsequent land offensive. It turns out that NATO members and Balts just held some big exercises, for convenience, dividing them into several smaller ones. This fact, it should be noted, "justifies" only a relatively large number of operations. With regard to their true goals, then the presence of plans for major maneuvers will not get off.

First of all, the version about the development of a new locality comes to mind. For several decades, the Baltic Sea and the coasts of Latvia, Lithuania and Estonia were closed to the military of the North Atlantic Alliance. Obviously, having gained access to this region, they did not miss the opportunity to settle there and hold exercises. In the end, soldiers, officers and generals should be able to act not only in the area where their part is located. Here are just a regular exercise in the Baltics leads to bad thoughts. It creates a steady impression that for the NATO command this region is more than just a convenient training ground for working out joint actions of the units. With a high degree of probability, it can even be argued that somewhere in the vaults of the Alliance command there are documents with terrain features and recommendations on how exactly to attack in the Baltic States. Such documents could be published during the Cold War. Now there is a great opportunity to test the old assumptions and make corrections to the plans of the attacks.

However, all this is only speculation. The official statements of the NATO command are monotonous and dry: working out methods of offensive, interaction of troops, and so on and so forth. Against the background of such statements, the position of Russia looks interesting: in fact, the exercises are held dangerously close to its borders. However, the military and political leadership of the country reacts to them, to put it mildly, with restraint, and even pretends not to notice. How can you not remember the reaction of Britain or Japan to the flight of Russian bombers near their borders? If we take into account the peculiarities of diplomatic "etiquette", then the statements of London and Tokyo regarding the missile carriers can be called uniform hysteria. Moscow, in turn, prefers not to spoil its image and not to make scandals "out of the blue." It seems that at the top some information is available that allows you not to worry about the activity of NATO in the Baltic States. At the same time, the absence of angry statements from the Russian Foreign Ministry can sometimes look not quite normal. A number of political scientists, military experts and ordinary citizens believe that every exercise near our borders should be “commented” with the help of diplomatic notes. Yes, in fact, such documents do not oblige anyone to anything, but their position must be designated and defended. There is a reasonable grain in this opinion. Only under certain circumstances, a protest against the exercises could look exactly the same as, for example, Japan’s February outrage over the passage of Russian bombers. It is unlikely that it will benefit the image of the country. So a look at the teachings, as they say, through fingers is not the worst option.

And the extra hysteria of the Baltic region is not needed. From time to time, there are heard from there statements about the evil neighbor in the person of Russia, which hopes to become the main in the Baltic States and for this, in particular, it is building up a military group in the Kaliningrad region. The most recent statements on this subject sounded 18 June in Vilnius. At the Eastern Partners: Modern Challenges and Future Prospects conference, which was held within the framework of the NATO Parliamentary Assembly, Lithuanian Defense Minister R. Juknevičienė once again accused Russia of trying to militarize the region. In the light of the teachings of May-June, these words look very interesting. Earlier, such statements were made by representatives of the governments of Latvia and Estonia. From time to time they echo the NATO countries. However, due to the so-called "reset", from the same United States, such statements are quite rare. At least, less often than from the Baltic states.

The principle “if you want peace - prepare for war” is actively used not only by the North Atlantic Alliance. Russia also conducts exercises. However, not wanting to provoke another round of “revelations” and protests, the Russian military is training at a good distance from the borders. For example, the bulk of events during last year’s Shield of the Union exercises (joint events of Russia, Belarus and Kazakhstan) took place at the training grounds of the Volga region. As for naval maneuvers, the last of them at the moment were in the Pacific navy and passed at the end of the month of June. One cannot fail to note the words of some Japanese figures accusing Russia of bad intentions, but official Tokyo this time chose to remain silent.

An interesting situation is emerging: the largest countries of the world regularly conduct military exercises, including jointly with other states. Sometimes the choice of the territory of these exercises has specific consequences in the form of the “original” reaction of the countries, near the borders of which all events are held. The main thing in such a situation is to maintain political and military control, and also not to allow possible provocations from any side. In the world now and so there are enough unstable regions and definitely it is not necessary to multiply their number.

We are in Yandex Zen
Children of Donbass write letters to the front and draw a peaceful city
Libyan military operation almost ended in failure
34 comments
Information
Dear reader, to leave comments on the publication, you must to register.