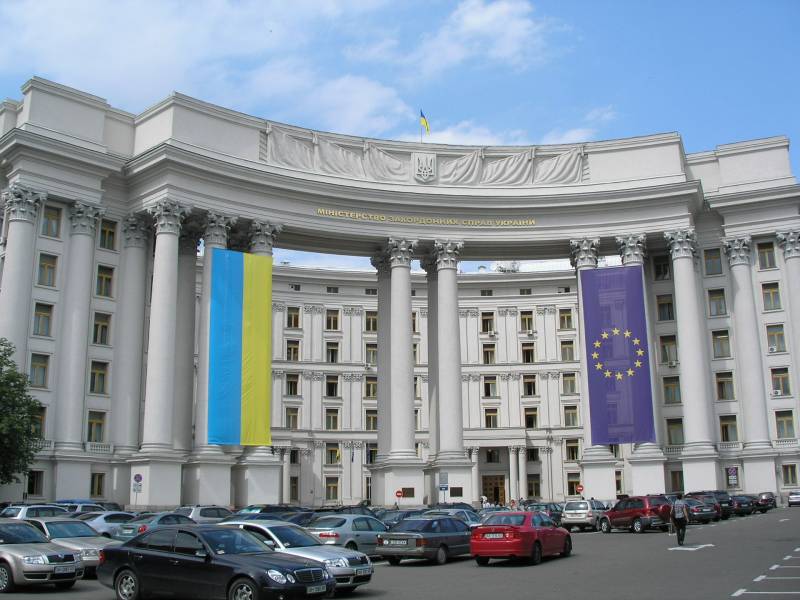 The Ukrainian Foreign Ministry liquidated the department responsible for countering threats from Russia. The updated structure of the ministry has already been approved by V. Priestayko.


However, the structural change did not completely abolish the department that will deal with Russia. Instead of the department of counteraction, a department for the study of territorial issues will function.

Having studied the updated structure of the native Foreign Ministry, lawyer and blogger A. Smoly, specializing in political issues, concluded: there is no longer a threat to Russia. The absence of a threat to the Russian Federation, the blogger believes, fits into the policy of Mr. Zelensky’s government.

"The Russian Federation is a friend, partner, peace, friendship, concessions and" just stop shooting. "
The lawyer is convinced that the movement of Ukraine is a one-hundred and eighty-degree turn and is now directed towards the "aggressor". That is why statements about the war were removed from the Zelensky’s agenda.

In addition, Mr. Smoliy is sincerely outraged by Zelensky's New Year's greetings - after all, he congratulated not just anyone, but Putin himself! The blogger does not like that the two presidents congratulate each other, decide the fate of the "Berkut" and so on.

In a word, the expert is in deep sadness. Apparently, "stop shooting" for him is a bad idea.

We are in Yandex Zen
Foreign Minister of Ukraine spoke about Germany’s refusal to provide military assistance to Kiev
Russia is taken to the Golden Billion
80 comments
Information
Dear reader, to leave comments on the publication, you must to register.