"Just taken and killed." General Suleymani became a victim of the interests of "good people" 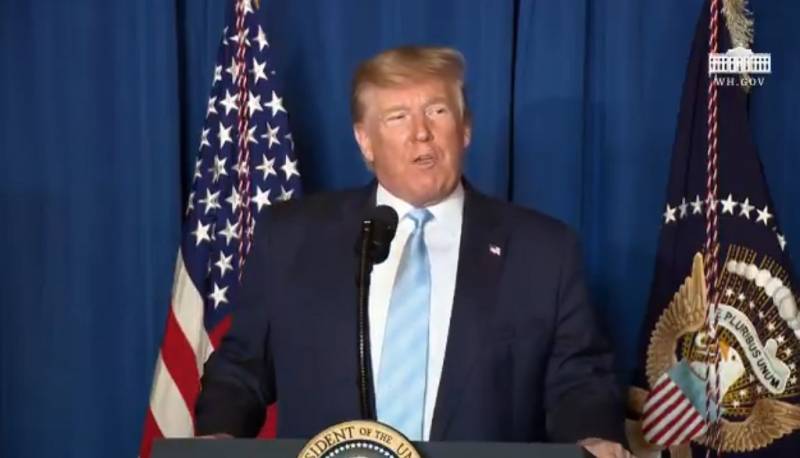 Washington has already set targets for strikes in case Iran decides to respond to the assassination of General Suleimani. And in general, according to Donald Trump, the White House is ready for any necessary actions. If the Americans are at risk somewhere, these actions will follow. This is especially true for Iran.


Trump (not for the first time) said publicly that the United States has the most powerful armed forces on the planet, and at the same time the best intelligence in the world (a rather unusual statement for a person who regularly conflicts with intelligence agencies).

According to the US president, his country is ready to ensure "the interests of good people." The United States is striving for "peace, harmony and friendship." All this applies to all nations.

It is difficult to say what kind of harmony D. Trump had in mind. While things are moving in the opposite direction - to cacophony and chaos.

The tension between America and Iran sharply increased after the assassination of General Suleymani in Baghdad threatens to embrace an entire region that already resembles a powder keg (in many ways, by the way, the conflict between the United States and Iran is a merit of Trump, a supporter of “peace”, “harmony” and “Friendship”).

Recall that General K. Suleymani was killed at Baghdad Airport on the night of January 2020, XNUMX. The White House gave the order to launch a missile strike due to anti-American protests at the embassy. The organizers of the riots, the United States declared some "pro-Iranian forces."

In turn, Tehran promised to respond appropriately to the "act of terrorism."

Kassem Suleimani was one of the most senior Iranian military officials. The general personally oversaw the fight against ISIS (banned in the Russian Federation), was responsible for military operations in Iraq and Syria. The orders were given directly by the ayatollah.

You do not have to be a prophet to predict the imminent growth of tension in the region. A military escalation of the conflict is very likely. Suleymani - a figure in many respects significant; the general personified Iran’s foreign policy. With his death, Tehran seemed to lose face. In this case, the answer is inevitable: in Iran they will assume that the United States has unofficially declared war on the country. What will be the answer, another question.

According to Iranian Foreign Minister Mohammad Javad Zarif, the diplomacy of General Suleymani was very effective with Russia.

Iran is currently working on a number of international measures against the United States. According to Mr. Zarif, Washington made a mistake in heeding the advice of Israel and other local states.

Even other representatives of American power have a negative attitude towards D. Trump’s aggressive act. Democrats in the US Congress are not sure of the legality of the military operation.

Chris Murphy, a member of the Senate Committee on Foreign Relations, said that the United States “simply took and killed” (without the approval of Congressmen) “the second most influential person in Iran.” And this led to the deliberate provocation of war in the region.

General Suleymani already has a successor. The new head of Al-Quds is Ismail Kaani (Ismail or Esmail Ghaani). “Be patient a little and you will see the corpses of Americans throughout the Middle East,” Al-Jazeera quoted the commander as saying. 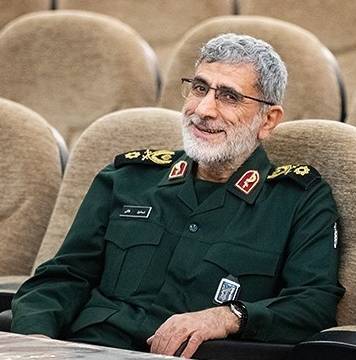 We are in Yandex Zen
Interview of Vladimir Putin with Radio Europe-1 and TF1
December 2010 years. Russian March. Senseless and merciless? Notes not a Russian person
155 comments
Information
Dear reader, to leave comments on the publication, you must to register.