Possible answer: Elimination of the IRGC general may lead to the appearance of Iranian nuclear weapons 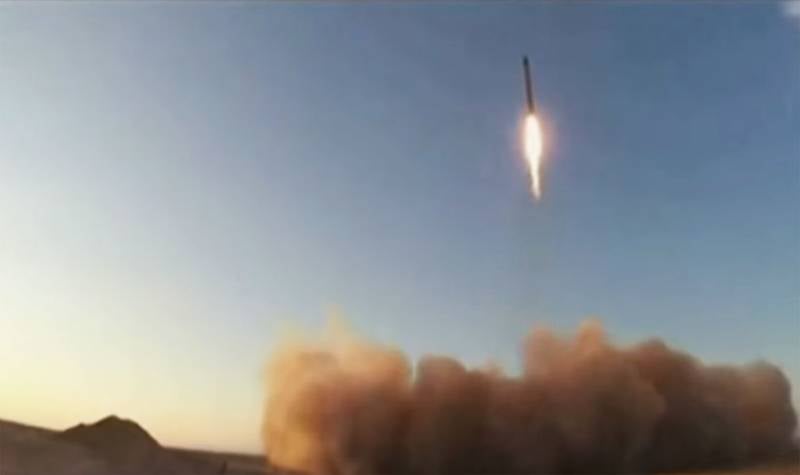 The world media is discussing the possible development of events after the American strike on the car with the commander of the Islamic Revolutionary Guard. “Military Review” provides a small overview of the assumptions that experts in different countries of the world are building about the prospects for this event.


A major German publication, FAZ, released material entitled Three Scripts for Counterattack. In it, the editor of the politics department Rainer Hermann writes that the spiritual leader of Iran, Ayatollah Khamenei, has already promised "severe harsh retribution of the United States for acts of aggression."

Hermann writes that so far, Iran has tried to avoid a direct military confrontation with the United States, as well as the United States with Iran. But now the situation can go a different way.
From an article by Rainer Hermann:

Iran can mobilize its militias against American partners and allies in several countries in the Middle East. These are Hezbollah in Lebanon and Hamas in the Gaza Strip, Shiite police units in Iraq and pro-Iranian units in Syria. For example, if they attack targets in Saudi Arabia or the United Arab Emirates, the United States will need to provide assistance (based on agreements). But then the Arab states will also have to wake up from their lethargy.
Another option that the author considers in FAZ is the use of drones. An example is the strike on Saudi Aramco facilities in Saudi Arabia. Iran is accused of striking in the West, although Iran denies any involvement.

With these blows, Iran “cut off” half of the oil production in Saudi Arabia, which corresponds to approximately 5% of global demand.
The German expert writes that if the attack is repeated, then Riyadh may turn to the Russian Federation with a request to urgently deliver S-400 systems. At the same time, Riyadh will ask the United States not to impose CAATSA sanctions against him, since the complexes are required "immediately to protect against Iran." And the United States, as the author writes, is unlikely to have an argument for objection to this.

Another possible Iranian move that Western media is writing about: blocking the Strait of Hormuz. This will lead to an unprecedented 70st century oil shortage and skyrocketing prices for "black gold". At the same time, it may even be beneficial for Trump, because then dozens of American companies engaged in the production of shale hydrocarbons will come out of oblivion. At prices above $ 80 per barrel, shale oil production becomes profitable, and at prices of XNUMX and above it will bring extra profit.

Experts in East Asian countries, responding to information about threats from Iran by retaliatory measures against the United States, believe that Tehran’s toughest reaction will be the final suspension from any obligations under a nuclear deal.

This could ultimately lead to Iran’s creation of its own nuclear weapons. In turn, if the United States does not prevent this, such a result will be a complete failure of American policy and Trump's fatal strategic mistake: eliminating the IRGC general can generate what the Iran and the United States most fear about the Iranian nuclear bomb.
Military Reviewin Yandex News
Military Reviewin Yandex Zen
276 comments
Ad