In memory of Yu. P. Zhelezov 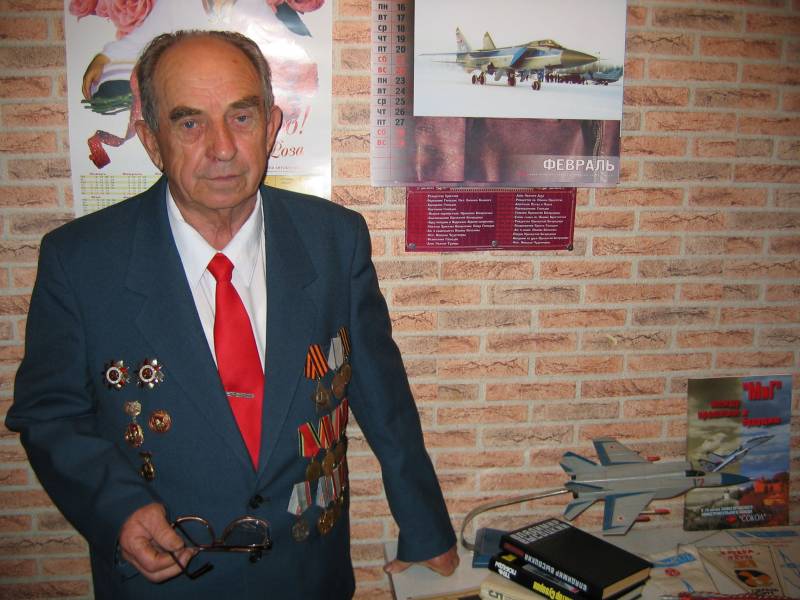 In the early morning of January 1, 2020, having outlived all of his fellow soldiers, Yury Petrovich Zhelezov, a veteran of World War II, ended his earthly journey.


It seems that just recently they gathered after the Parade in a public garden near the walls of the Nizhny Novgorod Kremlin. Several dozens of people from Mulino training camps, who became friends even before being sent to the front, came here every year on Victory Day from different parts of the country to hug and share joys and sorrows.

But already on the 70th anniversary of the Victory only four came to the square, and then there was no one to meet with Yuri Petrovich. And now he is gone too ...

A talented aircraft designer, he was known not only to fellow aircraft manufacturers. There is probably not a single enterprise in our defense industry where Yury Petrovich would not have a single comrade or just a good acquaintance. He was always a merry fellow and soul of the company. On the occasion of the 80th birthday of Yuri Petrovich, through the efforts of relatives in one of the Perm publishing houses, he published a book of his memoirs, “The Tree of Life,” where, among the stories about front-line workdays, the joys of victory and the bitterness of loss, there was a place for humor and self-irony. It is a pity, the circulation was small (less than a thousand copies), and the whole parted between relatives and friends.

Cheering optimism remained in his soul until the very end, despite all the hardships and sorrows that he had more than ever known since childhood.

He was still a schoolboy when the Great Patriotic War began.

The hardest battles with the Germans thundered far away, only enemy bombers sometimes broke through to Gorky, and even more often they dropped bombs past targets - large defense plants that were well camouflaged.

At one of these plants, Gorkovsky aviation (No. 21), and Yura Zhelezov, who graduated from school in 1942, went to work as a turner. And in 1943, the 17-year-old Yuri, attributing himself an extra year, came to the draft board with a request to send him to the front. He was enrolled in the army, but sent not to the front, but to the training camp, where recruits learned the basics of military affairs. And only in May 1944, he, as part of the 44th separate battalion of knapsack flamethrowers of the 5th assault engineer-sapper brigade, went to the Leningrad Front.

And on June 23, 1944, Operation Bagration began, during which Soviet troops of the 1st Baltic, 1st, 2nd and 3rd Byelorussian fronts, with the support of partisans, completely liberated Belarus, part of Latvia, Lithuania, and eastern Poland and went to the borders of East Prussia. The largest fascist group, Army Group Center, was defeated.

The 5th assault brigade was directly involved in breaking through the powerful German defense. Yuri Zhelezov received his baptism of fire on the very first day of the operation in the Vitebsk region, attacking the Nazis as part of a flamethrower-sapper assault group. The flamethrower jet hits 20-25 meters, therefore, in order to hit the target, the flamethrower must get close to it by 20 meters, or better - by 15. Under the enemy’s crossfire, Yuri broke through to the enemy bunker and destroyed it. For his first battle, Yuri was awarded the medal "For Military Merit."

That day brought the first bitterness of losses - four combat comrades did not return from the battle. A bullet that hits the flamethrower’s knapsack tears it to shreds and turns the flamethrower into a living torch ...

Then there were other fights. The brigade broke through the fortified defensive lines of the enemy and liberated the cities, destroyed the Nazis and suffered heavy military losses. In its ranks, Yuri Zhelezov and his fighting friends, flamethrowers, smashed the Germans in Belarus and the Baltic states. Victory Day on May 9, 1945, they met on the border of Latvia and Prussia.

But the war did not end there for them. For another 3 months, the team was engaged in mine clearance and clearing of rubble, restoration of roads and bridges. And in August, military operations against the Japanese began in the Far East.

The brigade was transferred to Manchuria. The last and most difficult battle of the flamethrowers was during the forcing of the Great Khingan, where the Japanese erected a powerful system of well-protected fire installations. But this tough nut turned out to be too tough for our soldiers, who had gained combat experience in battles with the Nazi invaders.

In that battle, Yuri was wounded, a fragment of a shell damaged his leg bone. But the wound healed quickly, and he soon returned to duty. The brigade, meanwhile, began to load into echelons and went to their native land - to the Soviet Union. Mukden, Harbin and finally Chita. The brigade arrived in Transbaikalia to the place of permanent deployment. Now the war is over for Yuri. The Order of Glory shone on his chest, and the medal “For the victory over Germany” was added to the medal “For Military Merit”.

Being a good organizer and with a sharp mind, Yuri Zhelezov was transferred to the headquarters of the brigade, where he served for another 4 years. And in 1950, having been discharged, he went to his native Gorky.

Working at the Gorky Aviation Plant named after Sergo Ordzhonikidze, Yuri simultaneously received a technical education and soon moved from a production workshop to a design bureau. As a design engineer, he took an active part in the design, creation and improvement of several generations of unique combat aircraft: MiG-15, MiG-21, MiG-25. And on the MiG-31 he worked already as the head of the design team.

And even while on a well-deserved vacation, Yuri Petrovich Zhelezov continued to communicate with KB employees, passing on experience, optimism and faith in the future.

Eternal memory to the veteran, low bow for victory in the war and heroic work in peaceful years for the good of the Motherland!

We are in Yandex Zen
What you didn't want to know about England
List of destroyed the largest and most high-tech enterprises
14 comments
Information
Dear reader, to leave comments on the publication, you must to register.