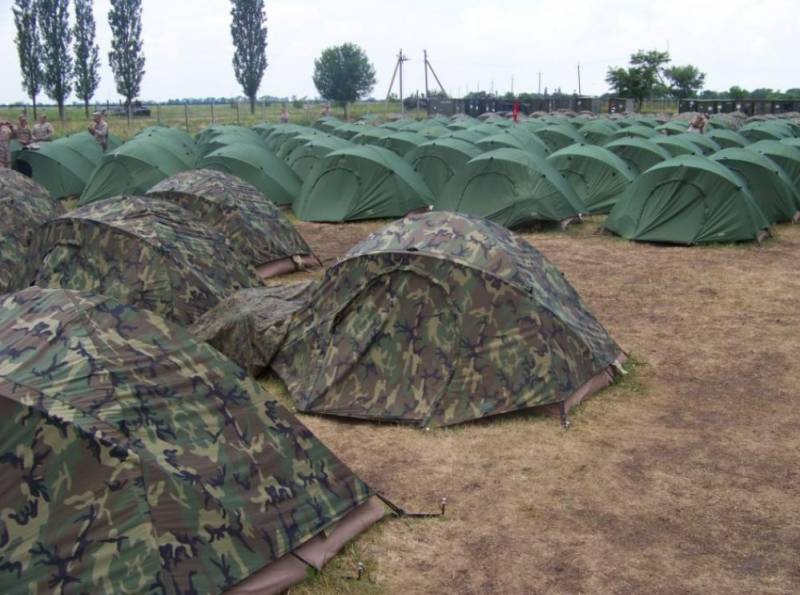 On New Year's Eve, a fire occurred at the "Wide Lan" training ground (Ukraine, Mykolaiv Oblast). The fire affected servicemen who were in tents.


First, a tent caught fire, which housed soldiers of the fifty-seventh separate motorized infantry brigade, then the fire quickly spread to other tents. The military’s efforts to extinguish the fire did not lead to success; Rescuers of the State Emergencies Ministry were called. Only with their participation the fire was eliminated.

It is reported that several servicemen were burned. They received burns of varying severity. The sergeant of one of the battalions was taken to the Nikolaev military hospital. He has numerous burns to his face and limbs; a serviceman is in intensive care.

The causes of the fire are not called in the Ukrainian press.

We will remind, at the end of November last year the management of the State Bureau of Investigation in Nikolaev sent to the military prosecutor's office the materials of the case of major embezzlement during the construction of "Wide Lana". Investigators collected evidence and calculated losses in the amount of more than 37 million hryvnias. The case involved a high-level defense official.