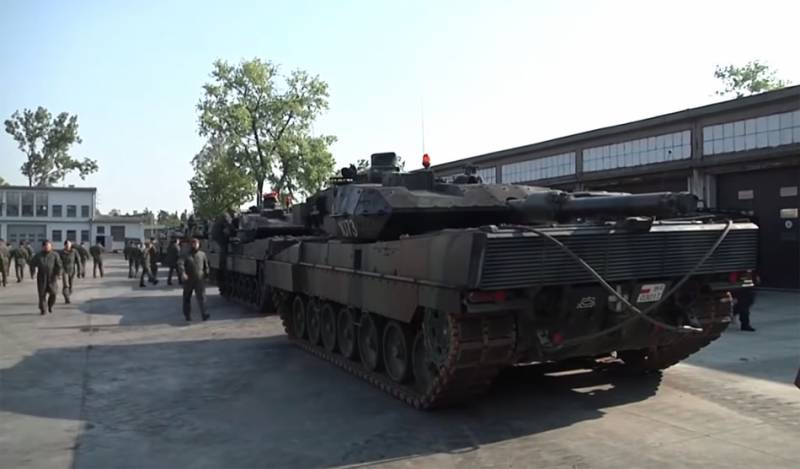 In Poland, a scandal erupted over the failure of the contract for modernization tanks Leopard 2 to version Leopard 2PL. In the Polish media it is noted that the contract was signed in 2015, but so far the armed forces of the country have not received these modifications of German armored vehicles.


The reasons are the fact that the costs of modernization over a 4-year period have increased substantially, and therefore industrialists do not fit into the budget that was originally envisaged.

The prices for modernization are constantly growing, and they still cannot determine the perpetrators of the failure of the contract.

This is a program for the modernization of Leopard 2A4 tanks, which the Polish Ministry of Defense acquired in 2002-2003. After a decade and a half of operation, tanks need repairs. In Warsaw, they decided to combine repairs with modernization, including improving the armor, installing modern digital equipment. At the same time, modernization was originally planned to be carried out at Polish enterprises. However, as a result, the Ministry of Defense did not find the necessary industrial opportunities for Polish companies, and therefore the tank upgrade was entrusted to Germany. The German KMW and Rheinmetall were selected as contract executors.

Now the Polish media claim that such a decision was made under pressure from Berlin, and that Berlin should be blamed for disrupting the work. As a result, the Polish budget does not allow for the full financing of modernization, and the Leopard contract remains unfulfilled.
Military Reviewin Yandex News
Military Reviewin Yandex Zen
34 comments
Ad