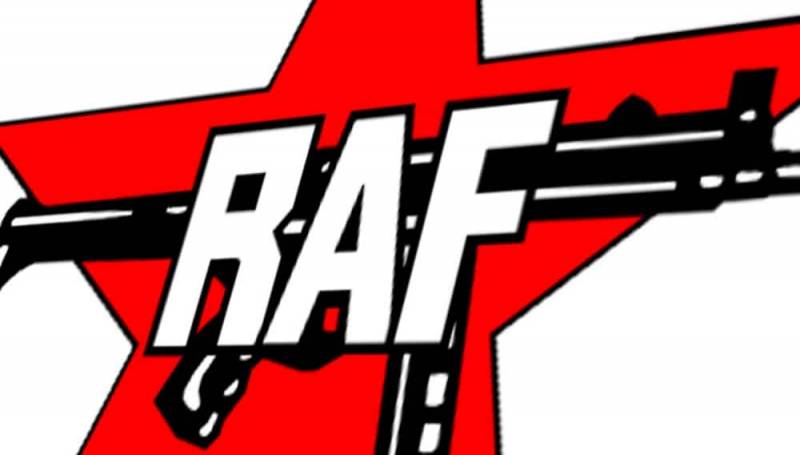 The second half of the sixties for the group of capitalist countries was vivid, memorable and not very pleasant. Unsuccessful war in Vietnam. The discontent of not knowing the harsh reality of the Second World Post-War Generation. Riots and protests. Pretended to undermine the hippy movement in America. 1968 student demonstrations in Europe.

And the consequence is a second wind for ultra-left ideas. Their final victory did not seem so far off. Moreover, both enthusiastic supporters and opponents. The air was electrified. It seemed that the world was on the verge of another tectonic change.

The confrontation of the left and right again gained strength. The worldview split, as in the 30s, again led to shooting and broken skulls. In June 1967, a leftist student Benno Onesorg was killed during a demonstration. Less than a year later, the right-wing (supposedly) radical shot at the young Marxist politician Rudi Duchke. Wounded in the head. The left took revenge by organizing pogroms in a conservative book publishing house - they smashed the office and set fire to the trucks.

In such circumstances, the future "Red Army" was born - an organization whose name rattled throughout Germany until the end of the 90s. 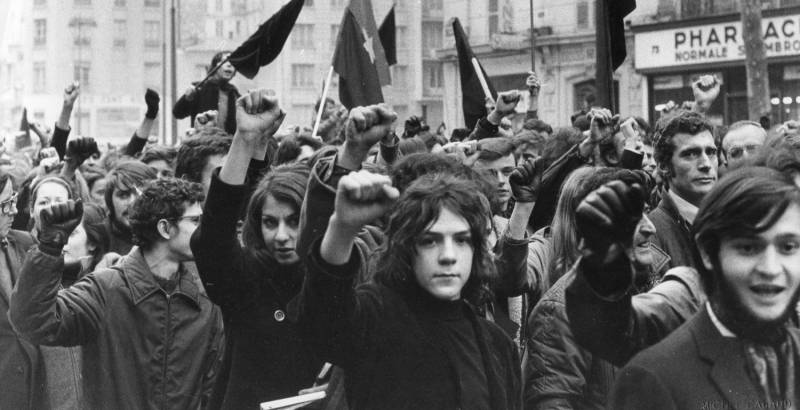 The spring of 1968 stood out for Europe during youth protests. Against this background, organizations like RAF grew

The tragedy began with a farce on the verge of clowning.

In April 1968, shortly before major student unrest in neighboring France, four left-wing people gathered in Frankfurt am Main. One of them, the clear leader of the company, Andreas Baader, was the founder of a shelter for homeless children. Gudrun Enslin, the only woman of the four, was engaged in book publishing. Two more did not have time to become famous for this.

All these wonderful people carried out their first action against the hated capitalist system - set fire to one of the city department stores. A few days later they were found and tried to punish them by rolling 3 years in prison. It didn’t work out - Baader and his friends immediately declared that it was not a craving for destruction for the sake of it, but a “protest against the Vietnam War”. The left responded quickly. Butch rose about the "excessively cruel punishment." And in the end, the defendants went on bail.

True, Baader did not even think in a civilized manner of going to the police station. Instead, he fled from his bail with friends, having rolled out a whole concept of urban guerrilla warfare - that is, ordinary terrorism, which at that time was known to the world for more than a dozen years. 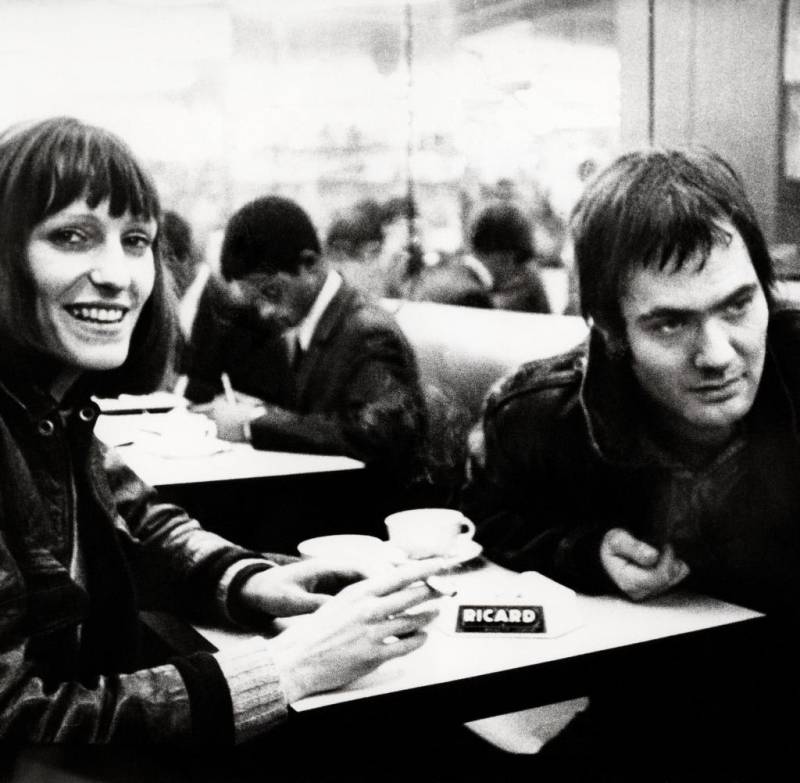 Gudrun Enslin and Andreas Baader
But in April 1970, Baader was caught and returned to prison - he ran into a routine verification of documents. But less than a month later he was released - his comrades broke into a penitentiary institution and opened fire from pistols, mortally wounding a prison librarian.

The raid was led by Ulrike Meinhof, a clever intellectual, activist, ultra-left journalist. Her "cover" - the desire to interview Baader - became the key to the success of the whole thing. Everything came out as suddenly as possible. Few of the prison guards could have suggested that, albeit a radical, but well-known journalist, would put both her and other people's lives at stake in order to get the city guerilla theorist out of prison.

But she did it. And she went underground with the rest of the RAF, the same Rote Armee Fraktion, who tied herself with the blood of innocent people. There was no turning back now.

Staying in Germany after such a “performance” would be a bad idea. The RAF quickly found where to go - to Jordan, to the training camp of Arab militants from Fatah, the Palestine National Liberation Movement. Those then were determined to develop ties with other radicals, and welcomed, if not all, then very many.

The Germans were taught the very city guerilla that Baader's followers longed for. Do not forget the "all-military" things like fire training. For a while everything went well, and everyone had the feeling that both the Palestinians and the left radicals were doing something mutually beneficial.

Then the Fatahites looked at the Germans better. It turned out that in their free time, they get drunk, sunbathe naked and do not forget about promiscuous sexual intercourse. In a word, they behave as a commune of armed and not afraid of hippie violence. 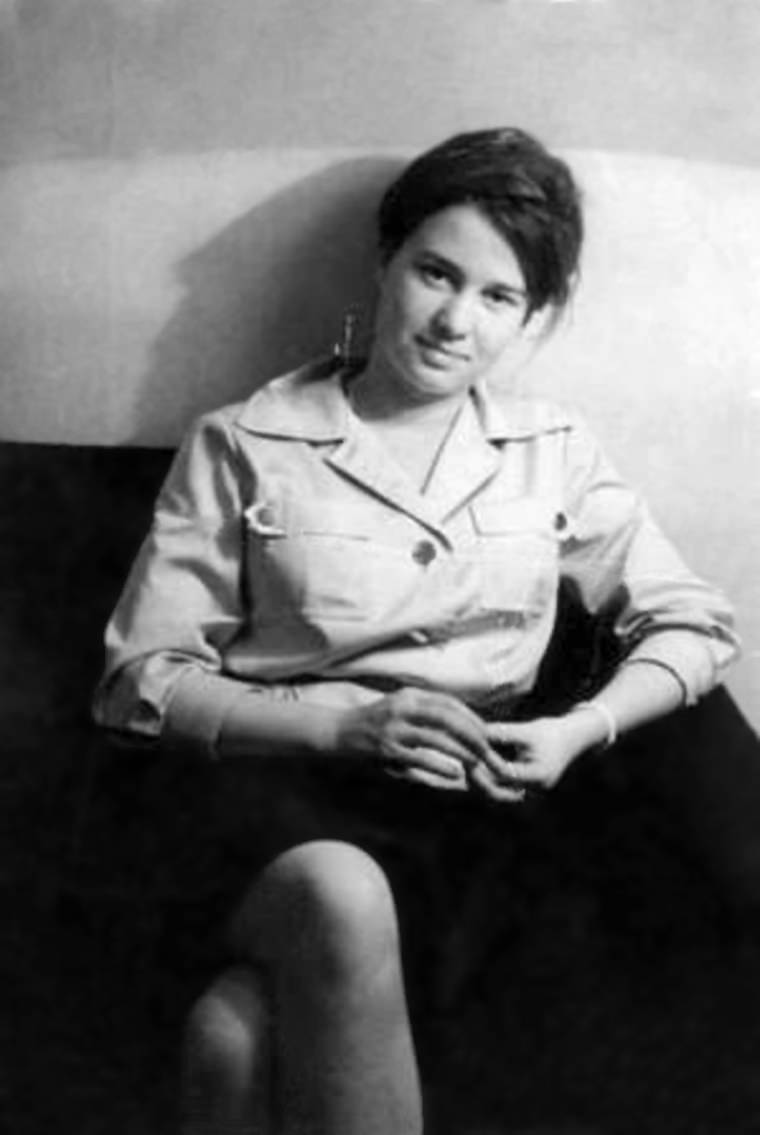 Ulrike Meinhof
Palestinians were embraced by revolutionary nationalism, but in all other respects proved to be conservative people. And very quickly, the dismissed Germans began to annoy them. Therefore, the Arabs "asked them from here" in a good way - until they had to in a bad way. And I had to return to Germany.

From robberies to terrorism

Arriving at home, the radicals recalled the experience of the experience of Russian colleagues from the past: Socialist-Revolutionaries, Anarchists, Bolsheviks and others. And they took up the "ex" - a robbery in order to raise money for revolutionary activity. Cases were carried out famously - the “peaceful people” were not spared by the radicals, no, no, but leaving someone’s corpse after another robbery. And the number of wounded generally exceeded fifty.

But what terrified the townspeople inspired other radicals. RAF has become a great role model. With each new robbery, new left-handed cells grew like mushrooms after rain. Inspired by the decisiveness of their “teachers," they also resorted to violence with pleasure.

Having accumulated money, in May 1972, Baader began to blow up cars near American military institutions and police stations. Once the radicals even tried to kill a German judge. The result of their boisterous activities were corpses and many wounded.

It was no longer possible to turn a blind eye to this. The RAF problem was taken seriously, and a large raid organized soon yielded results. By summer, most of the instigators (Baader, Meinhof, and Enslin), as well as less important members, had fallen into the clutches of justice, and, as a result, had naturally ended up in jail.

Pull out at all costs

The problem seemed to be resolved. But the leaders and in conclusion managed to keep in touch with followers through lawyers. And they made new terrorist attacks in attempts to achieve their release - knowing full well that any “legal” way would provide them with nothing but a prison cell. 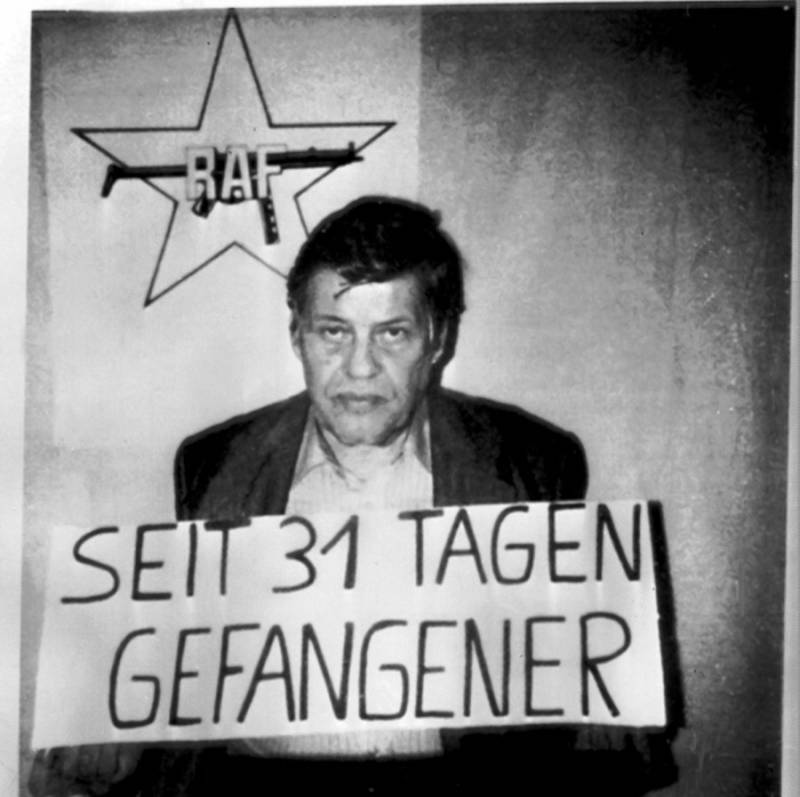 Hans-Martin Schleyer, leader of the Union of West German Industrialists, abducted by the RAF. As a result, he was executed.
Again explosions, new attacks. In November 1974, the radicals finally reached the judicial corps - it was not someone who was impudently shot dead, but the whole chairman of the Supreme Court. And in February 1975, the authorities made a grave mistake. Left-wing radicals kidnapped one of the major German politicians. He was traded for the five fighters sitting in custody. They immediately flew to the Arabs, beyond the limits of German jurisdiction.

Now the RAF realized that the power can be "bent". And only intensified efforts.

After the bacchanalia fell on the head with new attacks and abductions, the authorities realized the mistake. They removed the old lawyers and did not let the new ones. The prisoners went on a hunger strike in protest - in earnest, without pretense, so that some died. Everything is useless - the security forces of Germany clearly decided that they would not play more according to the rules of the terrorists.

From time to time, old friends from Palestine also tried to pull out the RAF leaders - in the summer of 1976 they hijacked a plane and set forth, among other things, relevant requirements. But they were ingloriously killed by the Israelis after a daring raid in Uganda, where the terrorists landed with local authorities and landed a plane.

All new VIPs were stolen and killed - large industrialists and people at the level of the prosecutor general. Hijacked another plane. To no avail.

No man - no problem?

In the late 1970s, suicide ranks among members of the top of the RAF. The first was Ulrike Meinhof - she committed suicide in 1976. The rest did the same the following year - apparently, amid unsuccessful attempts at their release.

Of course, many immediately wondered over doubts: did anyone help Baader, Enslin and others? The way out seemed to be too tempting - to deprive the terrorists of the super targets in one fell swoop. However, there is no special difference: if the top of the RAF was indeed killed by the German security forces, it is difficult to feel sorry for them. Baader and friends spat in German society - it was wiped off. Then the society spat in them - they drowned.

Be that as it may, the deaths of the elite really influenced the radicals. Remaining in the wake of the RAF militants continued to blow up senior officials and businessmen right up to 1991. But this was no longer a left-wing organization at the peak of revolutionary sentiment among young people. Times have changed, and now terrorists acted more from subcultural moments. They killed in spite, and not in the name of a great goal - there was no longer any faith in the coming world revolution.

The last liquidation of RAF militants occurred in 1993, and in 1998 the organization announced the dissolution. Veiledly promising, of course, to return. But no one else heard of her.

Some militants, who received 5-6 terms for their "art", still walk somewhere among the Germans. They behaved well, repented (at least they were able to convince the prison authorities), and came up with parole - German laws in this sense are quite liberal. Nobody knows where they are: the German prison system released them quietly. For obvious reasons, former RAF members themselves prefer not to recall their past.

We are in Yandex Zen
RAF and others: ultra-leftist in post-war FRG
Father told
37 comments
Information
Dear reader, to leave comments on the publication, you must to register.