Today the USSR would have turned 97 years old 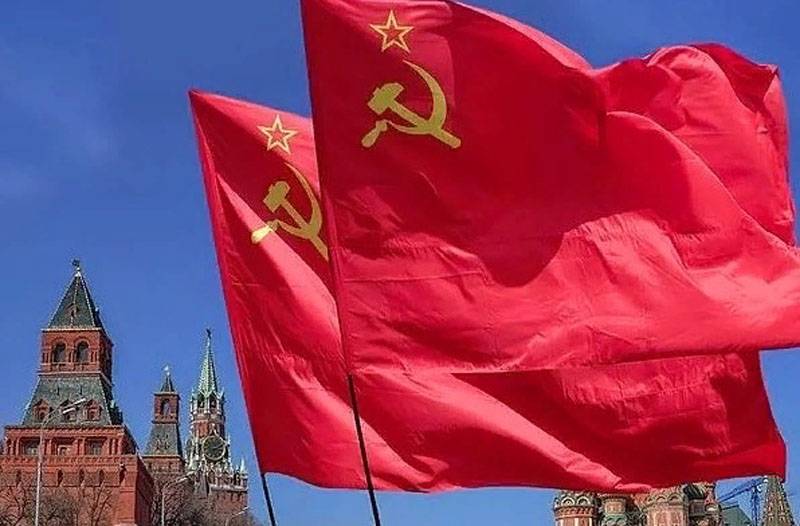 On December 30, 1922, a country appeared on the world map in which the majority of readers of this material were born.


It was 97 years ago that the Treaty on the Formation of the Union of Soviet Socialist Republics was approved at the First Congress of Soviets with the signing of the heads of delegations. The structure of the Soviet Union at that time included the Russian Soviet Federative Socialist Republic, the Byelorussian SSR, the Ukrainian SSR and the Transcaucasian Soviet Federation. Subsequently, as you know, the Soviet Union totaled 15 ally of the republics.

Some of the most important reasons for the formation of the Soviet Union officially sounded like this: the threat of new military intervention from outside, economic pressure and isolation from the West.

The official recognition of the new state took place, to put it mildly, not immediately. So, the first seven countries that recognized the USSR did this only six months after the creation of the Soviet Union. We are talking about countries such as Germany, Afghanistan, Poland, Turkey, Mongolia, Iran and Finland. It is noteworthy that Poland and Finland were quick to recognize the USSR, since the Soviet leadership did not put forward any territorial requirements, abandoning the "idea" of creating a state within the borders of the former Russian Empire.

Recognition by these countries took place in July 1923. Great Britain and Italy recognized the USSR in February 1924, then Austria and Norway.

It is worth paying attention to the fact that the United States understood the need to recognize the existence of the USSR only in 1933. Even later - from 1934 to 1940, the USSR recognized some countries of Eastern Europe (of the existing ones - Bulgaria, Hungary and Romania).

At the time of 1990, the Soviet Union had a population of nearly 300 million people, an industrial production rate of 16,5% of the world total (second indicator), national income of 3,4% (7th place in the world), outstanding scientific, technological and humanitarian schools. And most importantly - the desire of the overwhelming majority of citizens to live, love, work in a single country.

But, as you know, the desire of the majority did not just give a damn, but also did not give a damn with special cynicism. The “Bialowieza” betrayal by those in power of the interests of the state and people crossed out the results of the referendum, and the huge country ceased to exist overnight.

The red flag against the background of the dark sky over Moscow was lowered - not only the country, but an entire era has gone. It turned out that the divided borders were not just nations, but also families. And the echoes of that collapse still hack in the vast expanses from the Pacific Ocean to the Black Sea. One can argue for a long time about the fact that in the beginning of the 20s someone “planted a bomb under the USSR”, but completely different people who, by the way, didn’t make any effort to get that notorious “bomb” (if it really was), neutralize.

Today, the Soviet Union would be 97.

We are in Yandex Zen
Is the Russian education system reformed blind and deaf?
December 2010 years. Russian March. Senseless and merciless? Notes not a Russian person
371 comment
Information
Dear reader, to leave comments on the publication, you must to register.