Not everyone wanted to "exchange": some of the nuances of the exchange of "prisoners" between Ukraine and LDN 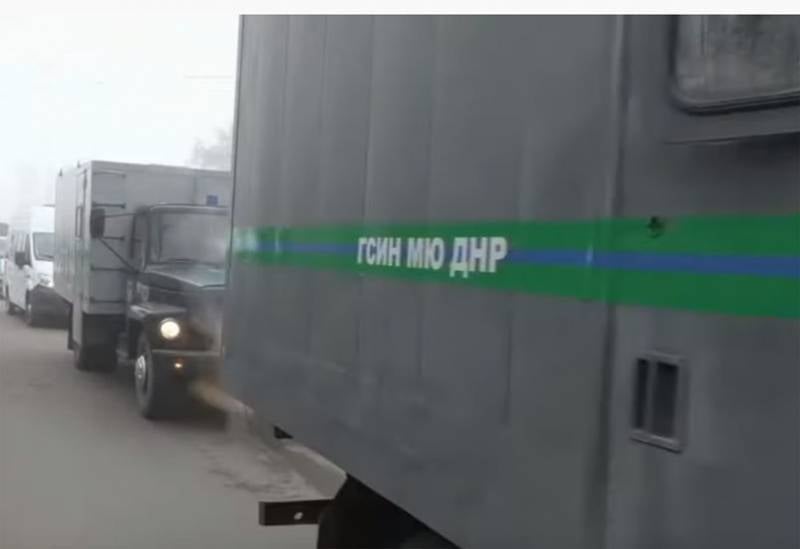 Interesting details are being received regarding the ongoing exchange of held persons between Ukraine and the republics of Donbass. At present, about 30 people have been transferred to Kiev, in turn, to LDNR - 63. It should be noted that the exchange according to the “120 to 80” formula continues.

Against this background, it is stated that all five former fighters of the Berkut special forces agreed to an exchange and are already passing through the checkpoint in the Donbass. We are talking about the ex-"Berkut" who were released today by a court decision in Kiev.

The information portal Strana.ua writes that the Brazilian citizen Rafael Lusvargi also appeared on the list for the exchange. He at one time, being a representative of the volunteer detachment of the NM DPR, ended up in Ukrainian captivity. During the exchange, he was offered to fly to his homeland - to Brazil through the Kiev Borispol airport - but Lusvargi refused. He went to Lugansk, from where, as he himself stated, he would go to the Russian Federation. For reference: Lusvargi in Ukraine was sentenced to 13 years in prison for participating in "terrorist activities." The court of the Dnipropetrovsk region decided to confiscate property from Lusvarga. At the time of the hearing, the only personal property of a Brazilian citizen was a sweatshirt.

We are in Yandex Zen
Reports from the militia of New Russia for 27-28 September 2014 of the year
Yuri Drozdov: Russia prepared the role of the sacrificial calf
81 comment
Information
Dear reader, to leave comments on the publication, you must to register.