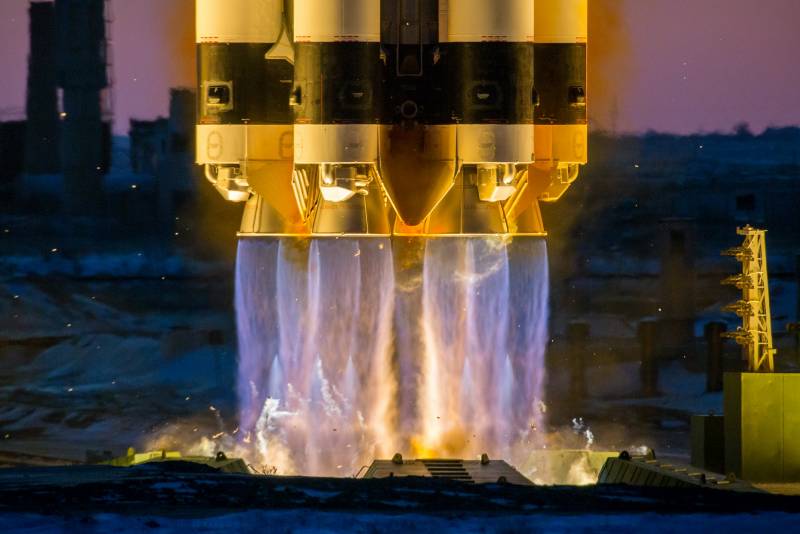 Launch of the Proton-M rocket from Baikonur. December 24, 2019. Photo: Roscosmos

In 2019, a large number of events related to space exploration took place. Roscosmos extended the trouble-free series of launches to 14 months. The last year without accidents for the state corporation was 2009. China in 2019 issued several "Stakhanov" series of space launches. Private American companies still can not bring to mind their manned versions of reusable spacecraft, and India failed the lunar mission of its probe "Chandrayan-2", failing to enter the elite club of countries whose devices successfully operated on the lunar surface. Consider all the main events of the space 2019 in more detail. Let's start with Russia. His shirt is closer to the body.

Results of 2019 for Roscosmos

The year 2019 ended for Roscosmos State Corporation very successfully. For the first time in 10 years, there was not a single emergency start, and the duration of a series of accident-free starts reached 14 months. In total, according to the results of the outgoing year, Russia carried out 25 launches of various rockets, in 2018 there were 19 successful rocket launches. In 2019, 13 Russian rockets went into space from the Baikonur Cosmodrome, eight launches were made at the Plesetsk Cosmodrome, three more were carried out from Kuru and one from the Cosmodrome Oriental. In total, by the end of 2019, 73 spacecraft were launched into various orbits, including two Glonass-M navigation satellites. According to Roscosmos, at the end of 2019, the domestic orbital constellation of scientific, navigational, and socio-economic spacecraft was 92 units.

[
Results of 2019. Roscosmos
By the number of space launches at the end of 2019, our country ranked third in the world, skipping ahead China, which completed 34 launches, 32 of which were successful, and the United States - 27 space launches. The first Russian space launch in the past year was the EgyptSat-A remote sensing satellite launched in February. The satellite launched the Soyuz-2.1b rocket with the Frigate upper stage into orbit. The last Russian space launch took place on Friday, December 27th. On this day, from the Plesetsk cosmodrome, the Rokot light launch vehicle with the Breeze-KM booster block successfully launched military satellites and Gonets-M communication vehicles into orbit. The launch is notable for the fact that it was the last for this modification of the Rokot launch vehicle; in total, since 2000, 31 missiles have been launched with the participation of federal and commercial programs. Currently, the enterprise GKNPTs im. M.V. Khrunichev is working to create a modification of this light class rocket with a complete replacement of the imported element base with a domestic one.

Cosmos will do an "x-ray"

One of the major events of the year for world space exploration was the successful launch of the Spektr-RG Russian-German orbital astrophysical observatory. The main purpose of the most complex scientific apparatus is to build a complete map of our universe in the x-ray range. The launch of the scientific observatory was successfully completed on July 13, 2019 by the Proton-M launch vehicle from the Baikonur Cosmodrome. Active work of the device will be 6,5 years. All this time, the observatory will conduct astrophysical studies, of which 4 years - in the mode of scanning the starry sky, and another 2,5 years - in the mode of point observation of selected objects in the Universe according to the requests of scientists. 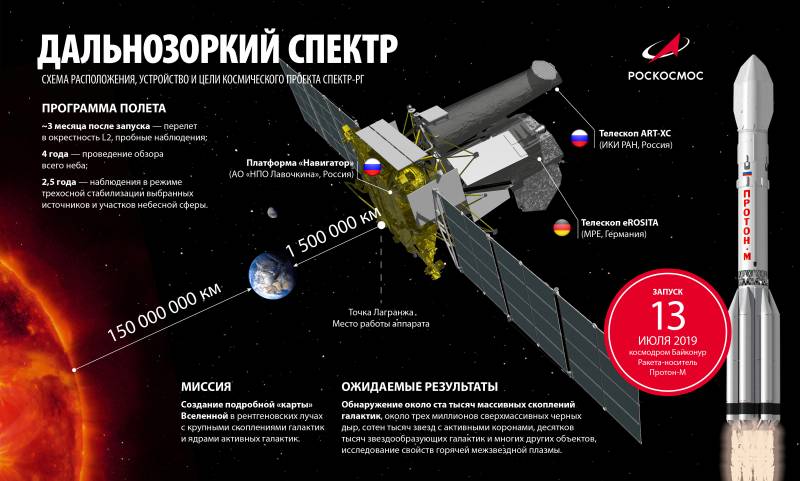 The orbiting astrophysical observatory carries on board two unique X-ray mirror telescopes: eROSITA (Germany) and ART-XC (Russia), operating on the principle of oblique x-ray optics. Both telescopes complement each other's capabilities and are mounted on the Russian space platform Navigator, which was specially adapted for the tasks of a scientific project. On October 21, 2019, a unique spacecraft reached the specified vicinity of the Lagrange point, where it began work on the study of the starry sky. The device solves the problems of fundamental science. It should help scientists make the most detailed map of the universe and conduct an overview of the entire starry sky in the x-ray range. The map will be the most accurate at the given time, and the international scientific community will use the results for at least 15-20 years. It is expected that the work of the observatory will help scientists better understand the evolution and life of galaxies, black holes, individual celestial objects, as well as study the interaction of the atmospheres of all planets, starting from Mars, with the solar wind.

In 2019, China deservedly took first place in the world in the number of space launches, and the Chinese space program itself has been showing success for more than a year. At the same time, part of the launches in 2019 was carried out at a truly Stakhanov pace, in the spirit of socialist competitions of the Soviet era. Such launches, of course, pursued a propaganda effect and were supposed to demonstrate to the whole world the cosmic ambitions of the country, which is no coincidence called the Celestial Empire. 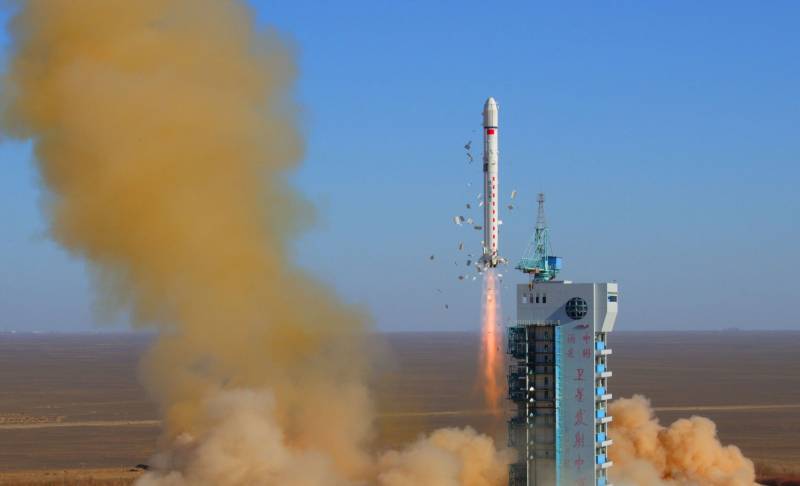 For the first time, Chinese engineers managed in 2019 to launch three rockets in two hours from three different spaceports in China. The second record is the launch of two launch vehicles from one cosmodrome within 6 hours. At the same time, China also had its own setbacks. Two launches in 2019 ended in accidents. The first happened back in March, when OneSpace could not become the first private company from China to launch its own satellite into orbit. The rocket lost stability after the separation of the first stage, the launch problems were subsequently explained by a gyro malfunction. The second accident occurred in May 2019, when the third stage of the launch of the Great Campaign-4C launch vehicle failed.

Elon Musk and Boeing are in trouble

Currently, several large-scale projects are underway in the United States to create modern reusable spacecraft that replace the shuttles that have been decommissioned. Private space company Ilona Mask SpaceX has made notable strides in this area. The company’s unmanned transport vehicle, known as Dragon, has made regular flights to the ISS since 2012, and today it is the only cargo spacecraft that can return cargo from the ISS back to Earth. However, with the creation of a manned version of this device, Elon Mask had certain problems. The manned version of the ship was called Dragon 2 or Crew Dragon. In March, the spacecraft made a successful flight to the ISS, but in an unmanned version. And in April, an unexpected and unpleasant incident occurred for a private space company. The spacecraft that flew into space was lost during ground tests. Crew Dragon exploded and burned out during an emergency rescue system test. 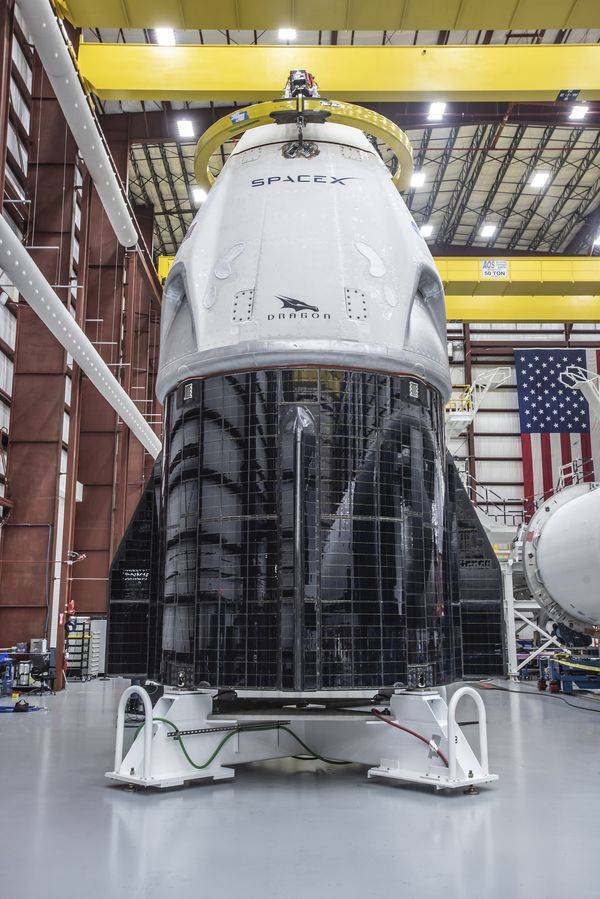 Crew Dragon before first launch
Problems also occurred with Boeing, which is working to create a competitor to SpaceX - the reusable spacecraft CST-100 Starliner. At the same time, 2019 is rather difficult for a large American aerospace corporation, which was seriously damaged due to two disasters of the latest passenger airliner Boeing 737 MAX. Implementing its project of a reusable transport manned spacecraft, the company several times disrupted the scheduled dates for test flights. Finally, on December 20, the CST-100 Starliner was successfully launched into space, but the flight itself was only partially successful. Due to a malfunction, after the separation from the Atlas V launch vehicle, the spacecraft spent a lot of fuel and was unable to fulfill the main task - to dock with the ISS. Despite this, two days later, the spacecraft managed to successfully return to Earth, landing in the normal mode. Boeing specialists expect to prepare this ship for reuse in 2020.

India was unable to enter the "moon club"

In recent years, India, like China, has actively joined the space race with a clear desire to squeeze existing players. In 2019, the country could join the elite “lunar club”, which so far includes only three states - Russia, the USA and China, whose spacecraft successfully operated on the surface of the moon. The hopes of official Delhi were associated with the implementation of the ambitious Chandrayan-2 program, but the lunar mission failed, unfortunately, for the millions of Indian viewers who watched the process of landing the Vikram module on the surface of the only natural Earth satellite. 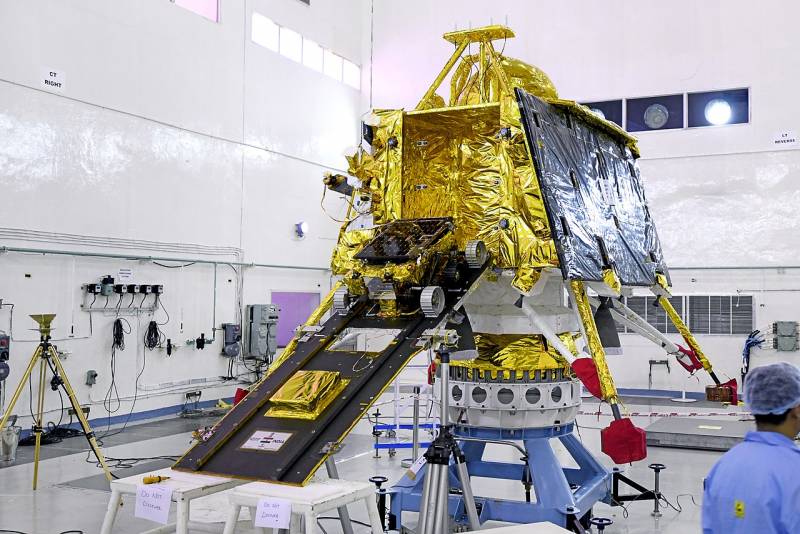 The crashed module "Vikram" with a moon rover
One of the goals of the Chandrayan-2 mission (in Sanskrit “Lunar ship”) was a soft landing on the lunar surface of the scientific landing module and the work of the lunar rover. Landing was scheduled for September 7, 2019. The mission successfully developed almost to the very end. On September 2, the Vikram lander with the lunar rover aboard separated from the Chandrayan-2 orbital module and went to the lunar surface. At midnight on September 7, during the final stage of braking at an altitude of just over two kilometers, the device lost contact. As it turned out later, the module made a hard landing and completely collapsed when it hit the surface of the moon.

The first image of a black hole

One of the most important astronomical events of 2019 was, without a doubt, the first image of a black hole. Astronomers of our entire planet have been waiting for a similar image for decades. An important event for science occurred on April 10, 2019. It was on this day that an international group of astrophysicists unveiled the first stories humanity image of one of the most mysterious, mysterious and attractive space objects. The resulting image is not a snapshot in the traditional sense, but is the result of processing data obtained by radio telescopes from around the planet. In order to obtain an image of a black hole from the center of the M87 galaxy located in the constellation Virgo, scientists had to process the data of 13 radio telescopes for two years. 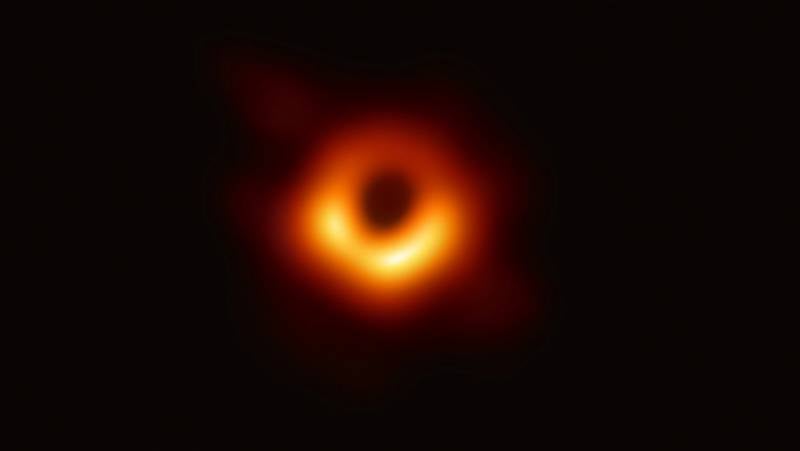 The first image of a black hole
The resulting image is only the first step of a long way in studying how exactly black holes are arranged. So far, the results have only confirmed the theoretical ideas of scientists. This is a clear demonstration of the ability of mankind to engage in complex types of space research. Russian astrophysicist Sergei Popov compared the receipt of this image with the discovery of America by Columbus. When the famous seafarer returned back from his voyage, he could not answer a huge number of questions, did not know the size of the open territories and the resources available on them, but he knew for sure that there was land beyond the ocean where you could swim.

2019, once again, clearly showed that astronautics is the most complex and high-tech point of application of the efforts of all mankind. And even with the current level of technical and scientific development, these efforts do not always lead to the expected results, are accompanied by emergency starts and failures. In this regard, one of the achievements of 2019 is the absence of deaths during space launches. The last time such a tragedy occurred in 2003, when seven American astronauts died on board the shuttle Columbia. Since then, over the course of 16 years, not a single person has died in space launches. Let's hope that this space series will not be interrupted in 2020.

We are in Yandex Zen
The main events of 2013 of the year in astronautics
Spaceport world. Part 1
47 comments
Information
Dear reader, to leave comments on the publication, you must to register.