Thunder of victory, be heard? 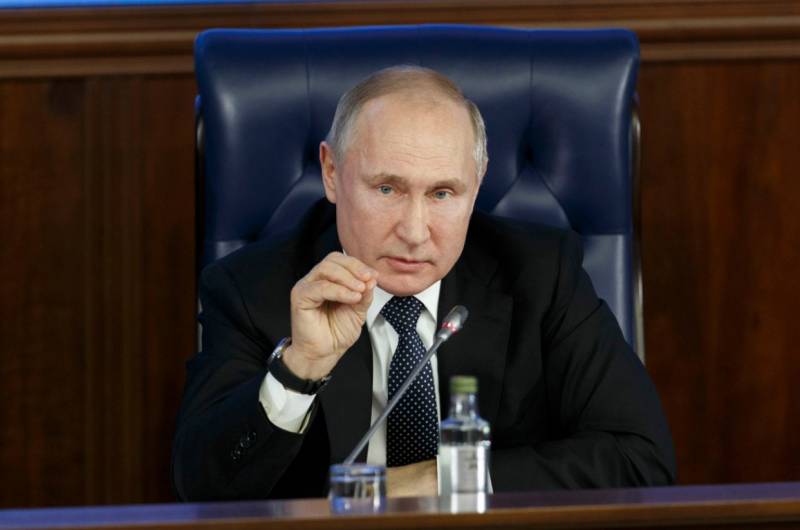 The reason to once again think about what is really happening in the country was a series of publications in the leading media of the country, in which Her Majesty Peremogu is presented to us.


A statement of the fact that all the articles did not differ very much from each other in terms of the set of arguments (or rather, did not differ at all) would allow us to simply quote the point without going into the details of the first to publish it. In fact - everyone wrote from the same source, so I’m just quoting.

“The receipt of more than 6,5 thousand units of new and modernized weapons made it possible to increase the share of modern designs to 68,2%, and the level of equipment in the nuclear triad reached 82%. Previously existing models of equipment in all types and types of troops are successively replaced by modern ones. So, all the brigades of the Ground Forces are completely re-equipped with Iskander operational-tactical missile systems. ”

A lot of words. About the so-called 64%, which in a couple of months have grown as much as 68,2%, we already wrote, well, there is nothing to be done. Everything is growing, as Putin said, in salaries, pensions, and GDP.

The only thing that really corresponds to reality here is about the Iskanders. Indeed, the 448th Missile Brigade in Kursk, the last brigade where the Tochka U systems were in service, received the Iskanders in November 2019. It's fine.

The remaining figures are poorly confirmed or not confirmed at all. The principle itself, "so they said in the Ministry of Defense," therefore we must believe - well, not for the 21st century, after all.

“The hunter drone, the Zircon hypersonic missile, the Peresvet laser, the Vanguard missile system and the Boa pistol can be called real defense“ premieres ”of this year. They wrote and talked a lot about some, others showed for the first time and even adopted them. ”

Especially the Boa constrictor. It may not look exactly on the list, but at least it’s real. Yes, you don’t particularly threaten them in the direction of the adversaries, but ... But he is. Also a plus, as are the Iskanders.

I wonder why there are no atomic self-propelled guns of ours, "Petrel" and "Poseidon" on the list. Here they are exactly from the category about which they wrote and talked a lot, but there are more and more doubts about their existence. A cartoon, it, of course, is a good thing, with cartoons everyone in a hybrid war fights, but if it comes to realities ...

Speaking of “Zircon” and “Vanguard”, which seem to be there and even showed them to someone ... Well, until they release them, while they put them at the service of the Motherland ... In general, how all the shifts-moves to the right will end, then we'll talk.

The Peresvet combat laser ... Well, since absolutely everything is kept secret, and the principles of work are “new physical” ... We will study new physics, get at least some data, then we'll talk too.

Well this is a conversation about the unnecessary and the impossible.

“However, if the trials of the Hunter continue for quite a long time (it is planned to begin mass deliveries to the troops in 2025), then the Su-57 will begin to replenish the airborne units of the Russian Air Force from 2020. The contract for the supply of the first two cars was signed in 2018. And it was planned that the first military will receive before the end of this year. "

Moreover, with the arrival of these aircraft in the troops (without a radar with AFAR and an engine from the Su-35), there was also a hitch. The first-born was slightly jammed in contact with the ground. Let's look at the rest.

“Hunter” ... Not everything is even with him either. Moreover, the main problem of this drone is not on the ground, and not even in the sky. Much higher.

The main problem of the “Hunter” is the lack of a system for relaying commands through an orbiting satellite constellation. I’m translating: there are not enough satellites so that the UAV can receive commands at any point where it can be sent. We do not have such a harmonious system yet, and when it is foreseen, God and Rogozin know.

Perhaps never. Problems with astronautics are already tired and do not cause any sensations, except negative ones.

“The first model of a light transporter first flew March 30 at the airport in Voronezh. Aleksey Rogozin, the then general director of PJSC Il, said that "Il-112V is the first military transport aircraft to be built from scratch in the post-Soviet period." He will help in solving many problems both in the field of military logistics and in the civilian sector. ”

Late at night, the aforementioned carrier of a well-known surname quoted by TASS did not report that the first flight of the Il-112 was so far the last. Then the plane went for revision, processing, troubleshooting, adaptation and so on. It is completely incomprehensible how long this process will take, but for now the crux of the matter is at the VASO plant, where work is underway on the aircraft, quickly dismantled the runway for overhaul.

It’s hard to say how long it takes to repair the runway, but ...

“This year it was officially announced that serial production of strategic Tu-160M ​​bombers was launched. In the coming years, they will begin to enter the arsenal of the far aviation VKS of the Russian Federation. "

Information about the real start of work with the Tu-160M ​​has moved off the ground and gone - it's great. As well as the confirmation that the first aircraft was tested at the end of November.

The fact that we can produce strategic bombers is excellent. This is encouraging for the future. The fact that the PAK DA PR project preferred a deep modernization of the proven Tu-160 suggests that not everyone in the Ministry of Defense was overshadowed by the brains of the cheer-manager projects.

“It became known that the two largest Russian helicopter developers, the Mil and Kamov design bureaus, were decided by 2022 to be merged into a single structure - the National Center for Helicopter Engineering.
This news The media caused a flurry of criticism of the holding company Russian Helicopters. However, the press service assured that the two famous design schools will retain and leave their names in the name: "Mi" and "Ka" are synonymous with reliability, reliability, high flight performance. "

What can be added to what has been said?

We have optimized the space industry. In fact, if we remove frankly stupid PR projects such as flying to the Moon and building a station there, our space industry, optimized and properly debugged, will survive, if not recent years, then a decade for sure. Just eating the Soviet backlog.

But in general, since we have optimized healthcare, culture, education, why not optimize helicopter engineering? And give the freed up area for the construction of shopping centers and residential areas.

“Turkey’s purchase of the S-400 Triumph long-range anti-aircraft missile systems from Russia is a stumbling block in relations between Ankara and Washington.”

Well, not such a stone. But there is a precedent. In general, it is all served as if it was just some kind of victory for us. Peremoga complete. As they would say in Ukraine. What is it, well, the Turks bought our air defense systems. Yes, that's right, they bought for money, not on credit, not barter for tangerines.

It is normal practice to buy what you want. So yes, the Turks have demonstrated their independence. Having been refused to sell them the F-35, they are now looking at ... no, not for the Su-57 for some reason, but for the Su-35.

You can understand, by the way. Let them buy what they want. When someone does not sell, there is always someone who wants to sell instead. 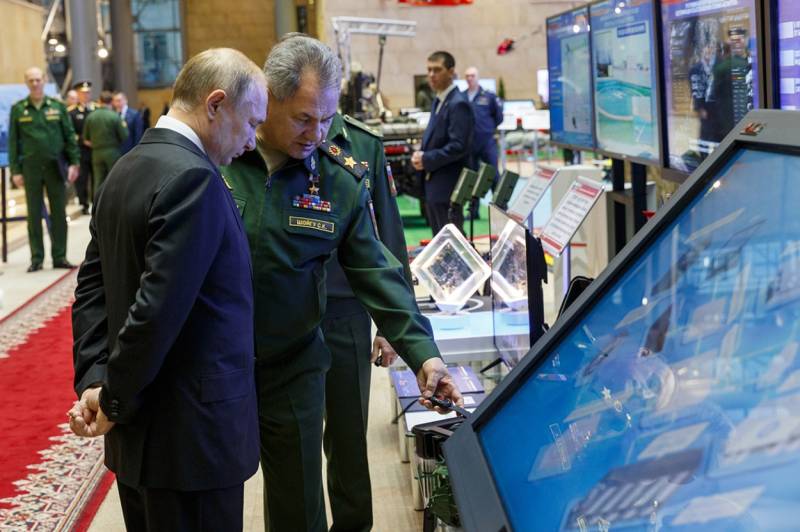 To the Pacific the fleet the first diesel-electric submarine "Petropavlovsk-Kamchatsky" of project 636.3 "Varshavyanka" was transferred. The second, the Volkhov, was launched in St. Petersburg. ”

Yes, a good topic. Since we are not able to build ships of large tonnage, all these destroyers, cruisers, not to mention aircraft carriers, we must build submarines. And the more, the better.

Of course, I would like it to be not the frankly old Varshavyanka, but all the same boats with an independent power plant. But - we have what we have.

“The number of ships equipped with Zircon hypersonic missiles will increase in the fleet.”

Very short. There will be rockets - we will talk. So far, all these “in a year, in two” are frankly annoying already.

“The creation of helicopter carriers (universal landing ships) for the Navy has been included in the state armament program. The plans in the spring of 2020 to lay the first two at the Zaliv shipyard in Kerch became known in September. ”

Same. They will lay it down, build it, launch it into the water - we will discuss everything. So far, everything is at the level of promises.

Speaking about the unfolding PR campaign to create the impression that we really have everything just fine with new weapons, I want to say only one thing. The press service of the Ministry of Defense and the media supporting it clearly began to replay in the announcement of the "results."

Everything mentioned in the TASS article can be divided into three groups: the realities of the day, delayed prospects and unscientific fiction.

The realities of the day - everything is clear here. The new pistol, Iskander instead of Point U, Varshavyanka, Tu-160M. This is what really is and will be further.

Deferred prospects - this is the “Relight” of complexes that need more than three, this is Zircon and Vanguard, this is Su-57. That is, what can be brought to mind in the near future if funds are available. Perspective, albeit deferred.

But science fiction - it is science fiction. And why do we need so much fiction with this UAV, which can fly only on a short leash, cartoony nuclear atomic plane and atomic melter ...

IL-112 is needed, and not just needed, but to bring it to mind, we need people who are no longer there. When people were there was no money. Now, if there is money, there are no more people who can quickly finish the plane.

And if you recall our PR projects that nobody needs tank Armata, an armored personnel carrier and an infantry fighting vehicle based on Kurganets, forcibly shoved an unfinished Su-57 fighter into the air force, maneuvering hypersonic missiles and other projects that were shouted very loudly yesterday and are very quiet today ... 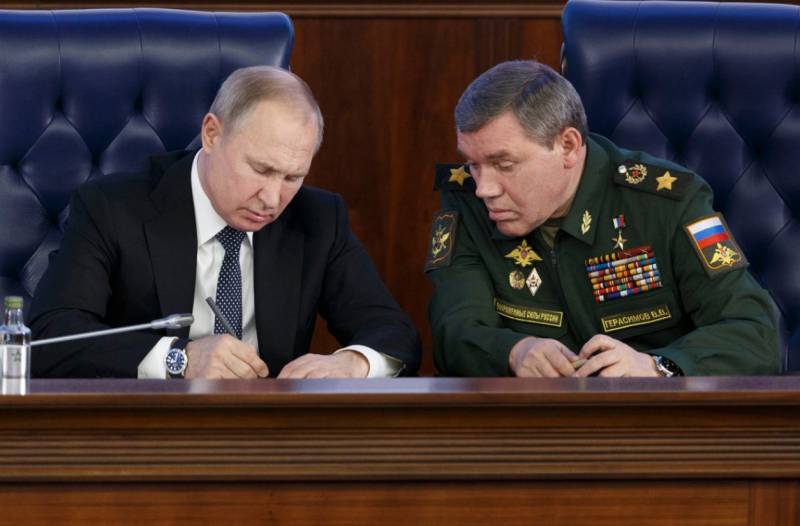 All these beautiful cartoons and optimistic tales of high figures about how everything will be beautiful in our country in a few years and for fear of the West, for some reason does not cause a feeling of satisfaction, but quite the opposite.

For some reason, there is less and less confidence that the Poseidon will actually creep under water, and the Petrel and Hunter, assembled from Chinese components, will reach the enemy. It seems that we can still produce rockets, but somehow, too, everything does not look very dynamic.

Perhaps, of course, everything is in the way of presenting information.

Perhaps we need to stop telling tales about what will happen the day after tomorrow, and start telling, and tell honestly that of what was promised yesterday was completed today.

A good start could have been.