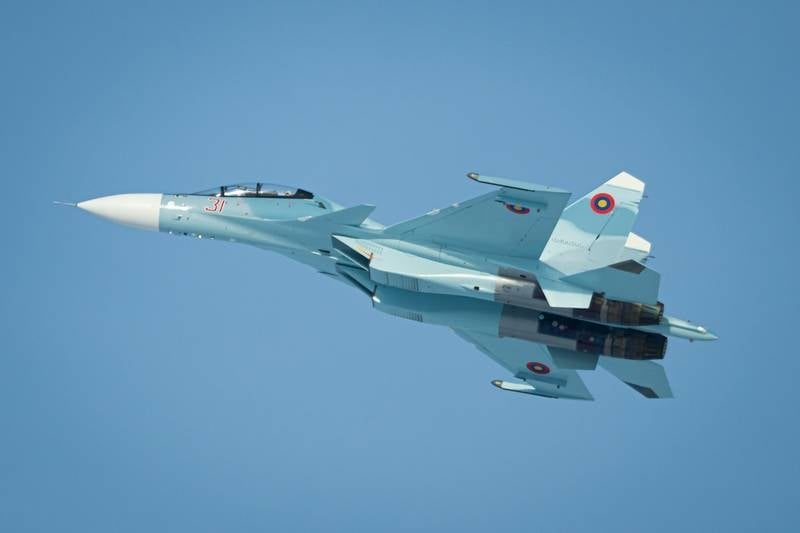 The Su-30SM multipurpose fighters purchased in Russia arrived in Armenia. Aircraft piloted by Russian pilots landed at the Erebuni airfield near Yerevan. This was announced by Prime Minister Nikol Pashinyan on his Facebook page.

Our main acquisition of this year. Airplanes created in 2019 by order of Armenia
- said the Prime Minister, watching the flight of two fighters over the airfield.

The Armenian prime minister met with Russian pilots, congratulated them on the upcoming New Year and presented gifts.

Welcome. It was very beautiful. We hope that these aircraft will maintain peace and stability in our region.
- he turned to the military, then, together with the Minister of Defense of the country David Tonoyan, he examined the arriving fighters, climbing into the cockpit of one of them.

It is assumed that the delivery of all fighters took place ahead of schedule, according to the signed agreement, the Armenian Air Force should have received all four Su-30SM fighters in early 2020. Delivery is carried out at domestic prices.

In total, the Ministry of Defense of Armenia expects to receive 12 Su-30SM fighters. It should be noted that the composition of the Armenian Air Force is currently fighter aviation no due to the lack of fighters. The country's Air Force is armed only with Su-25 attack aircraft.

We are in Yandex Zen
The Armenian parliament "fell." What Armenia Pashinyan forges?
Pashinyan resignation
35 comments
Information
Dear reader, to leave comments on the publication, you must to register.