BDK "Olenegorsk miner" completed the test cycle after the repair 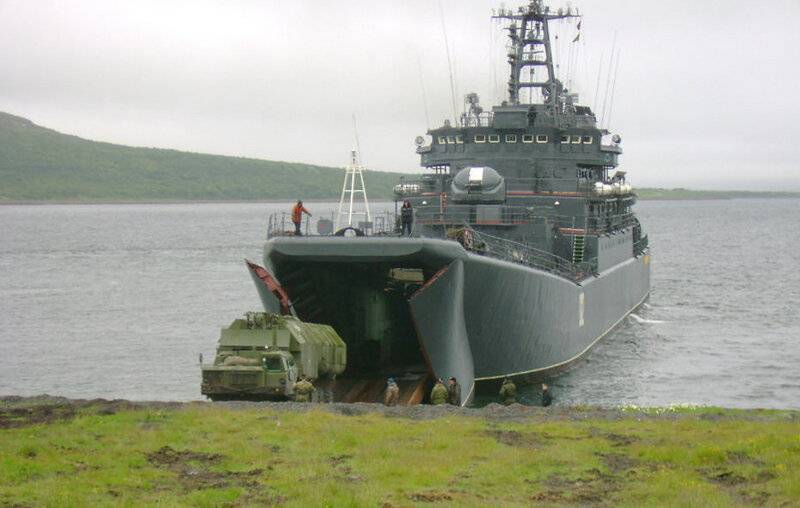 The large landing ship of Project 775 Olenegorsky Pit has undergone the necessary sea trials after repairs and is preparing to return to the Northern fleet. This was reported by the press service of 33 shipyard (33 shipyard, Baltiysk).


As stated at the enterprise, BDK has fully completed the post-repair test program and is currently preparing documents for delivery to the customer. The ship has been under repair since 2016, it was previously stated that the repair of the BDK will be completed this spring.

The press service noted that during the repair, a significant part of the ship’s armament and equipment was modernized on the ship, all mechanisms and components were examined. We are talking about engines, piping system, underwater and surface parts of the body.

BDK "Olenegorsky miner" is a large landing ship of project 775. A series of BDK of this project was built in 1974-1985 at the shipyard "Turn to midnight named after Bohateryov Westerplati ”in Polish Gdansk. The BDKs are intended for the transfer and landing of troops on an unequipped coast, the transport of personnel and cargo, including heavy armored vehicles.

The Olenegorsk Miner joined the Northern Fleet in June 1976. The ship is capable of taking aboard 12 tanks either 17 armored personnel carriers or infantry fighting vehicles, as well as 250 paratroopers. The autonomy of the BDK swimming is 6 months.
Ctrl Enter

We are in Yandex Zen
Reports from the militia of New Russia for 27-28 September 2014 of the year
Yuri Drozdov: Russia prepared the role of the sacrificial calf
18 comments
Information
Dear reader, to leave comments on the publication, you must to register.