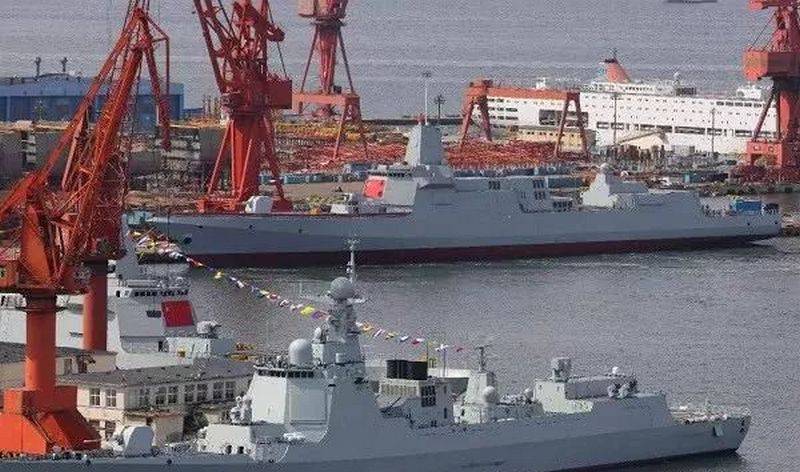 Chinese shipbuilders set a kind of world record by building and launching nine destroyers for the PLA Navy in 2019. This was reported by the bmpd blog with reference to dambiev's material "A record of Chinese military shipbuilding."

On May 10, 2019, in Dalian, at the Dalian Liaonan Shipyard, two Project 052D missile destroyers were launched at once, they were the last ships built according to the old project. In total, 20 destroyers of project 052D were built.

The twenty-first destroyer of project 052D, built according to the modernized version, was launched on August 28, 2019 at a shipyard in Shanghai. With this option, the helicopter pad was made longer to base the ship's version of the latest Chinese Z-20 helicopter.

We are in Yandex Zen
Fifth Type 055 destroyer for PLA Navy launched in Shanghai
In China, 4 Corvette Launched in a Month
45 comments
Information
Dear reader, to leave comments on the publication, you must to register.