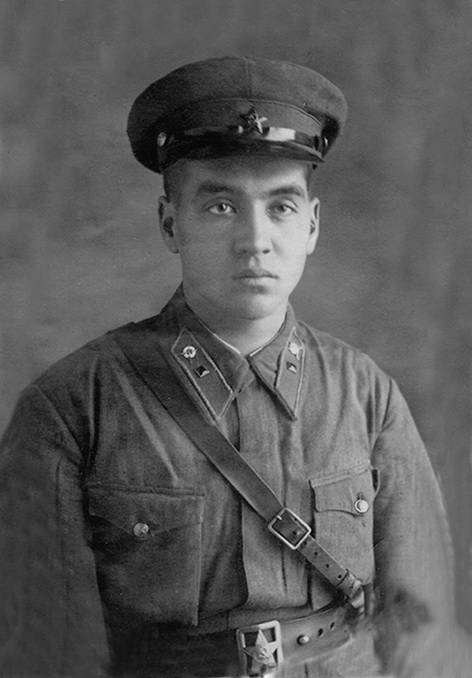 On December 25, Army General Makhmut Akhmetovich Gareev died on the 97th year of his life. For half a century of service, he has gone from a simple Red Army to deputy chief of the General Staff. Together with the performance of his main duties, M.A. Gareev studied the domestic military stories and reflection on the experience of armed conflict.

The future general was born on July 23, 1923 in Chelyabinsk, in a Tatar family of a worker and a housewife. For various reasons, young Mahmut had to change several schools, and then he entered the Leninabad Cooperative College. Also in Leninabad, he got into the orchestra of the local cavalry regiment - we can assume that this was the beginning of the military career of the future general.

In 1939, M. Gareev volunteered for the Red Army and soon entered the Tashkent Infantry School. Lenin. In November 1941, junior lieutenant Gareev after school receives his first post - platoon commander in the 99th separate rifle brigade. Later he will be promoted to company commander. The team was responsible for the acquisition of spare parts, and ml. Lieutenant Gareev participated in the preparation of future front-line soldiers.

In early 1942, Gareev was sent to the Shot courses. After their graduation, in June he received the rank of lieutenant and appointment to the Western Front. The rifle company commander took part in various battles and set a good example for his subordinates. So, in August, Lieutenant Gareev was first wounded - but continued to command the attack. Good training and personal qualities ensured the lieutenant's career growth. In 1942-43 M. Gareev replaced the positions of company commander, battalion and operational unit of the brigade headquarters. 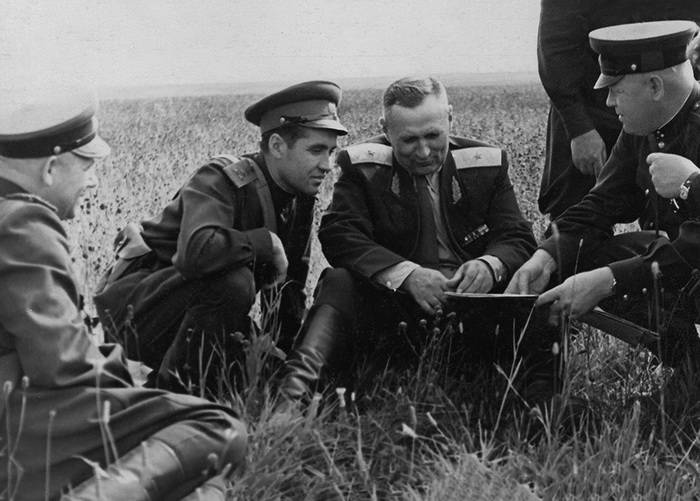 Colonel Gareev (second from left) during exercises, 1955. Photo "Red Star" / redstar.ru
In the second half of 1944, an experienced officer M. Gareev began serving at the headquarters of the 45th Rifle Corps. With this compound, he participates in the liberation of the Smolensk region and Belarus, and also storms Koenigsberg. Already during this period, Gareev comes up with new proposals in the field of tactics of warfare, and such ideas are used in practice.

In February 1945, when the Red Army was preparing to finish off the enemy in its lair, M. Gareev was appointed to the post of senior officer in the operational department of the headquarters of the 5th Army and sent to the Far East. He will participate in the preparation of the Manchu operation. The war for him will end only after defeating Japan. By this time, 22-year-old M. Gareev was already a major and had six military awards.

After the war, M.A. Gareev continued to serve in the Far East. In the same period, he happened to visit China and participate in the construction of the People's Liberation Army. In 1950, he graduated with a gold medal from the Military Academy. Frunze, which opened the way for him to new appointments. In November of the same year, Lieutenant Colonel Gareev arrived in the Belarusian Military District. Service in the BVI began with the post of chief of staff of a motorized rifle regiment.

The officer’s knowledge, skills, experience and personal qualities to a certain extent strengthened the defense in a strategic direction. M. Gareev made every effort to train his subordinates. In addition, by this time he was seriously engaged in analyzing the experience of past battles and began to formulate recommendations to the troops for use in various situations. In the same period, the officer undertakes historical research. 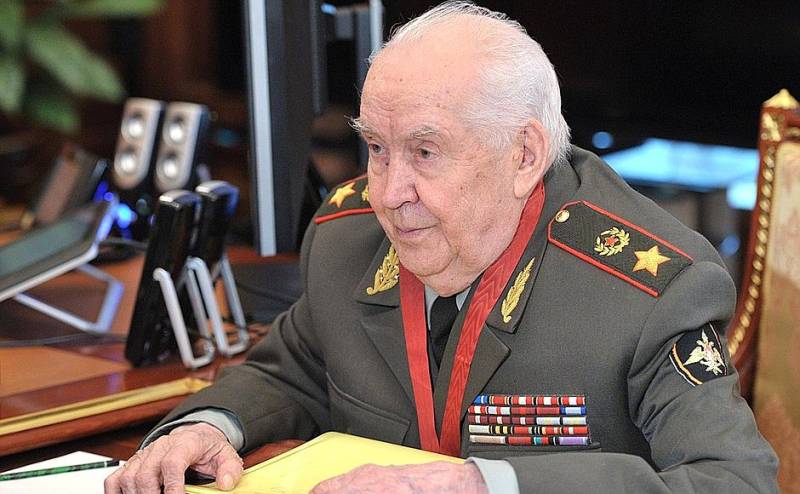 M.A. Gareev at a reception with the President of Russia, 2013. Photo by AP AP / kremlin.ru
In the late fifties M. Gareev was trained at the General Staff Military Academy and immediately began to use new knowledge. In the sixties, being the commander of the 45th training tank BVO divisions, General Gareev and his colleagues developed and implemented a system for training troops using elements of the so-called programmed learning. Later, such methods, which provided an increase in the effectiveness of training, began to be implemented everywhere.

The general played an important role in the development of military-historical science. It was M. Gareev who initiated the full-scale study of the Manchurian operation, including in order to use the gained combat experience. Later he dealt with other topics in the context of armed conflicts of the XX century. The main theme at the same time remained the Great Patriotic War.

In 1970, Gareev from Belarus went to Egypt, where he held the post of chief of staff of the chief military adviser. The following year, he was transferred to the Ural Military District and appointed chief of staff. In 1974, an experienced military leader was transferred to Moscow, where he received a new opportunity to use his knowledge and skills. In addition, there are wider opportunities for historical and theoretical work. 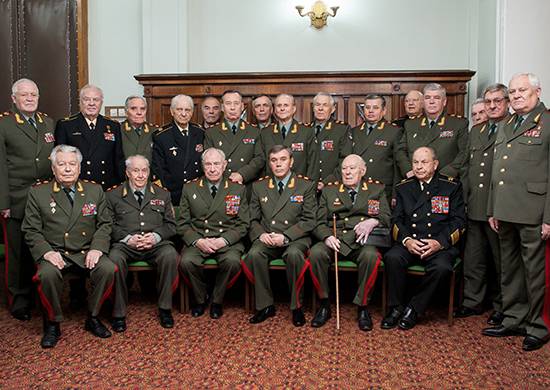 Inspector General of the Ministry of Defense, 2013 Photo by the Ministry of Defense of the Russian Federation / mil.ru
In these positions, an experienced military leader dealt with a wide range of issues in the field of further development of the armed forces and improving defense capability. Under him, all the basic questions of military construction were studied and new programs of this kind were worked out. A significant part of the ideas and concepts of that time still lies at the heart of our armed forces.

In 1989, Colonel General Gareev again sent abroad. The operational group of the USSR Ministry of Defense, headed by him, worked in Afghanistan under the administration of Mohammad Najibullah until the fall of 1990. The task force helped the Afghan army plan and conduct various operations. At the same time, officers and generals were exposed to risks: there were several attempts.

Army General M.A. Gareev resigned in 1992. In recent years, he served as military adviser to the Inspector of the Group of Inspectors General of the USSR Ministry of Defense. In retirement, Gareev continued his scientific work in all major areas. In 2008, the Office of the Inspector General was organized under the Ministry of Defense. The group of inspectors general included 30 honored military leaders, including Army General Gareev.

In 1995, the Academy of Military Sciences was formed. General Gareev was elected its president, and he held this post for the rest of his life. The creation of the AVN ensured the continuation of numerous studies in the field of history and military theory. Now the Academy is collaborating with various state and private defense organizations and is making a certain contribution to ensuring defense capability. 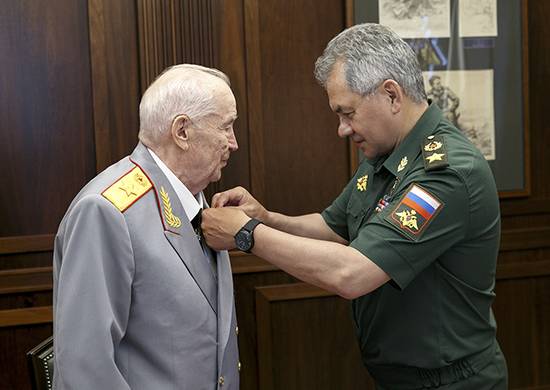 Defense Minister S. Shoigu awards M. Gareev with the Order of Alexander Nevsky, 2018 Photo by the Ministry of Defense of the Russian Federation / mil.ru
Both during the service and retired M.A. Gareev was engaged in scientific activities. For half a century, he has prepared about a hundred scientific papers on various topics, as well as more than 300 publications in specialized publications. His main works were devoted to the history and features of the combat operations of the Civil and Great Patriotic War, as well as to some other conflicts. In these works, many documents were introduced into scientific circulation.

In recent years, M.A. Gareev was actively engaged in the fight against the falsification of history. Attempts to revise the course and results of World War II pose a great danger, and AVN, led by its president, took the necessary measures to educate the population and refute various myths.

Makhmut Akhmetovich Gareev served in the Red, Soviet and Russian Army for more than half a century and has come a long way - from the Red Army to the Deputy Chief of the General Staff. And even after retiring, he continued to work and helped build the army. Over the years of service, the general was awarded many state awards - among them were the Order of Lenin, four orders of the Battle Red Banner and one Labor Red Banner.

The theoretical and scientific work of the officer, and then General Gareev, made a significant contribution to the development of the armed forces and Russian history. The value of these works and their significance for our army can hardly be overestimated.

December 25 M.A. Gareev passed away, and Russian military science lost its leading specialist in a number of key areas. However, numerous works and the memory of an outstanding military leader and scientist remain with us.