In Komsomolsk-on-Amur, RTOs of project 22800 Karakurt for Pacific Fleet were laid 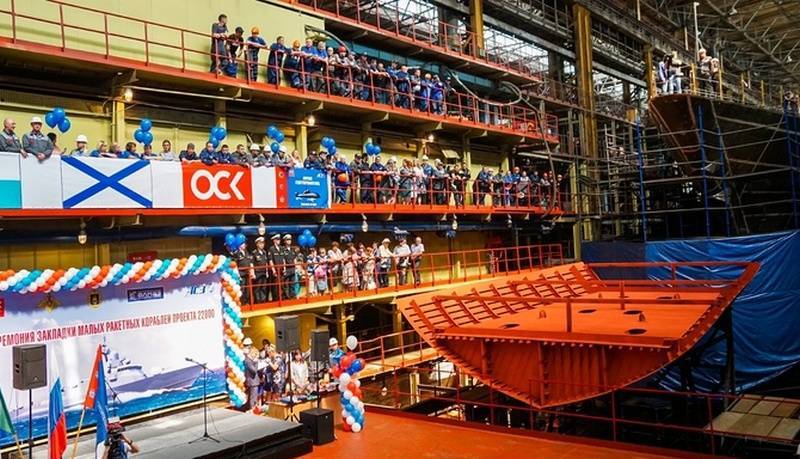 The ceremony of laying the first two RTOs for the Pacific Fleet. 01.07.2019/XNUMX/XNUMX g

In Komsomolsk-on-Amur, the third Pacific Rocket Project 22800 small missile ship of Karakurt was laid. The ceremony of laying the MRK, named "Ussuriysk", was held at the Amur Shipyard. This was reported by the press service of the Pacific fleet.

At the Amur Shipyard for the Pacific Fleet, the third small missile ship was laid down - the Caliber-NK missile launcher (...) The Pacific Fleet was represented at the ceremony by Rear Fleet Deputy Commander-in-Chief Arms Igor Korolev
- said in a statement.

The ship was laid down under the contract concluded by the Ministry of Defense on August 22, 2018 for the construction of six small missile ships for the Pacific Fleet. The agreement provides for the construction of four RTOs in the Amur Shipyard and two more at the Eastern Shipyard in Vladivostok. The last RTO of the Amur series should be commissioned in 2025, Vladivostok - in 2022.

The first two RTOs of the "Pacific Series" - "Rzhev" and "Udomlya" were laid on July 1 of this year.