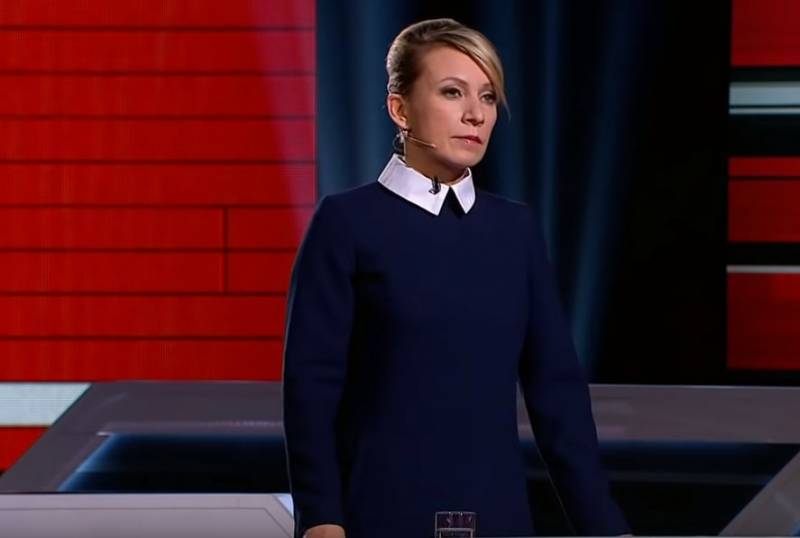 Poland demonstrates a reaction to the words of the official representative of the Russian Foreign Ministry, Maria Zakharova, regarding bilateral relations. Maria Zakharova noted that relations between Moscow and Warsaw remain very difficult due to the position of the Polish authorities, which have been trying for many years to put the past at the forefront of today's contacts.


Maria Zakharova recalled that, even before his visit to Poland in 2009, Vladimir Putin called on the Polish authorities to refuse to constantly discuss issues related to the events of the last century in relation to today's relations. But the Polish authorities did not refuse such a policy towards Russia. According to the official representative of the Ministry of Foreign Affairs of the Russian Federation, Warsaw, for some reason, chooses such a path in which it infinitely makes its future and the future of its neighbors dependent on interpretations and reading of the historical context.

An example of this is Poland’s support for a resolution of the European Parliament, in which (resolution) of the blame for the outbreak of World War II is virtually equally placed on Nazi Germany and the USSR.

With this approach, as Maria Zakharova noted, Poland makes it impossible to develop relations.

The Polish press said that this statement by the official representative of the Foreign Ministry "lies in the plane of the rhetoric that the Russian president has asked in recent days." Rhetoric was called "anti-Polish." That is, the "logic" of Warsaw and the Polish media is as follows: Poland can afford to throw arrows at Russia, based on the historical context. As soon as Russia raises the question of historical realities, it is characterized as “anti-Polish” rhetoric.

Against this background, the Polish and, notably, the Ukrainian blogosphere erupted in angry notes that, it turns out, history is distorting Moscow. Without citing any counterarguments (although what counterarguments can be used against archival materials ...) to Vladimir Putin’s words about Polish aiding Nazi Germany in the pre-war period, the Polish “activists” began with zeal worthy of better use to post photos with Molotov and Ribbentrop. As if Russia still does not recognize the existence of that treaty. An army of pro-American trolls in Poland and Ukraine besieges Twitter and Facebook, trying again and again to blame the outbreak of World War II on the USSR.

One of the posts of the Polish "expert" (Adam Eberhardt) on Twitter:

Putin decided to play with more stringent allegations of anti-Semitism in a historical dispute with Poland, especially in the face of events in honor of the 75th anniversary of the liberation of Auschwitz, to which he will go to Israel. However, the effectiveness of Russian historical propaganda is limited as a result of its ostentatious restalinization for many years.

Restalinization in Russia at the official level? In Russia itself, I would like to get an answer: in what place did the Polish “specialist” see this.

Such obvious irritation and the working out of “cookies” by Polish “activists” suggests that both Putin and Zakharova in their own words about Poland touched Polish ambitions “for the living” - they touched the historical truth that they are trying to hush up in Warsaw.
Ctrl Enter

We are in Yandex Zen
Interview of Vladimir Putin with Radio Europe-1 and TF1
The big press conference of Vladimir Putin
132 comments
Information
Dear reader, to leave comments on the publication, you must to register.