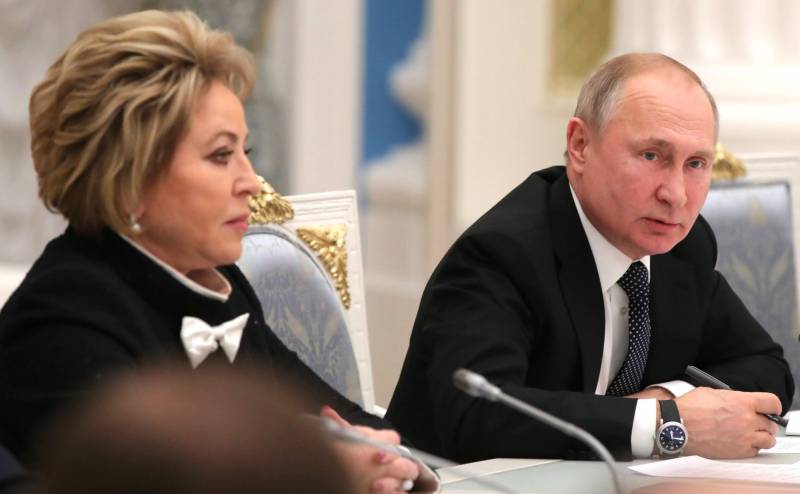 Polish media and country officials continue to comment on the statement by Russian President Vladimir Putin that in 1938 the Polish authorities were actually Hitler’s accomplices. Recall that at a meeting between the President of the Russian Federation and the leadership of the Federal Assembly, State Duma Chairman Vyacheslav Volodin called on the current Polish leadership to recognize the contacts of the Polish leaders with Hitler and repent for their readiness in 1938 to persecute Jews and for the partition of Czechoslovakia, actually joint with Nazi Germany.


The Polish edition of Onet quoted the representatives of the Polish Foreign Ministry as saying that "the resolution of the European Parliament put everything in its place in terms of defining the Molotov-Ribbentrop Pact as the starting point of the outbreak of World War II." The Polish Foreign Ministry states that "at one time, the Soviet leader Nikita Khrushchev gave an assessment of the Stalin regime."

Thus, the Polish authorities state that they are ready to refer to the decisions and assessments of Khrushchev. However, in this case, they need to go all the way and admit that Khrushchev illegitimately transferred the Crimean peninsula to Ukraine - in violation of the legislation in force at that time. Or they act according to the principle: here I see, here I do not see ...

Now let’s find out how the Czech media react to the words of Vladimir Putin about Polish after Jozef Lipsky and about the Polish partition of Czechoslovakia joint with Nazi Germany.

It must be noted that large Czech information resources openly avoid comment on these issues. It is noteworthy that even after the press conference of the President of the Russian Federation, where the topic of the Polish invasion of Tesin was raised, the Czech media wrote about virtually any other topics of the press conference, except this one.

Only a few relatively large Czech media decided to devote several notes to this topic, trying to present the information as neutrally as possible or even with reproaches to Moscow. This is striking, for example, when acquaintance with the material in the publication CTK (česke noviny).

Putin called the utter nonsense of statements in a number of Western countries that the start of World War II was laid by the signing of the Molotov-Ribbentrop Pact.

Further, the publication cites Putin with the characteristics of the Polish ambassador Lipsky, adding that the Russian president called for "to keep in mind in the process of developing the Russian Armed Forces that monuments to Soviet soldiers are demolished in Europe."

And recently, Moscow’s anger has sparked controversy over the scandalous monument to Soviet Marshal Konev in Prague.
According to the publication, the monument to the Soviet military leader in Prague is “scandalous”. It is also worth noting that there is not a word in the material that Putin described the Polish invasion of Czechoslovakia after the Munich agreement.

Representatives of the Czech government also prefer to pretend that they did not hear the words of the Russian president or "do not understand what is being said."

We are in Yandex Zen
Reports from the militia of New Russia for 27-28 September 2014 of the year
Yuri Drozdov: Russia prepared the role of the sacrificial calf
153 comments
Information
Dear reader, to leave comments on the publication, you must to register.