Romanian mat, or Sacrifice the President 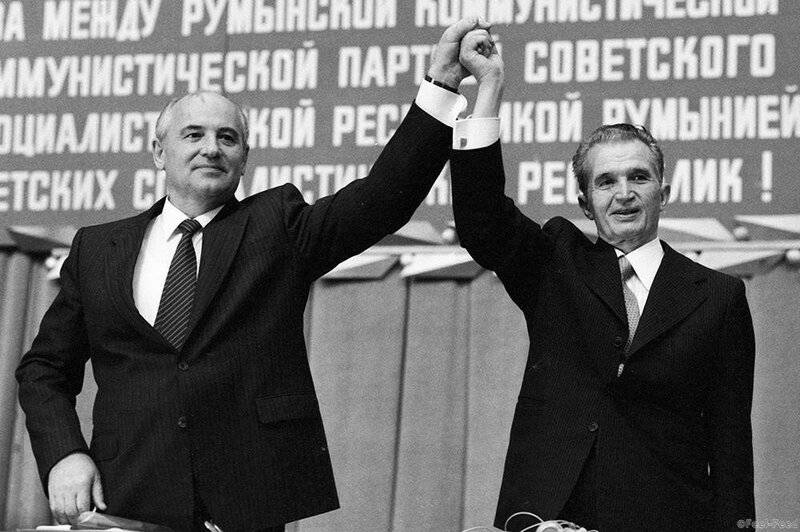 To the sounds of the International

The execution of two elderly people became the bloody finale of the chess game of "velvet revolutions" in Eastern Europe. Romanian "revolutionaries" sacrificed their president exactly 30 years ago, on December 25, 1989. After that, only Stalinist Albania still held on, and even then only a year - until November 1990.

And the decisive factor in those events was, of course, the notorious Gorbachev "perestroika". In the spirit of the notorious "new thinking", it led not only to the rapid curtailment of political and economic cooperation with the socialist countries, but also to the paradoxical support of the anti-socialist opposition in them. Which together predetermined, or rather, significantly accelerated the collapse of East European socialism.

According to official estimates by the leaders of the PRC, DPRK, Cuba, Vietnam, Laos (1989-1993), which are still socialist, the consequences of political and economic mistakes made from the beginning - the middle of the 60s and later by the authorities of the socialist countries of Eastern Europe quickly worsened due to with Soviet "perestroika" and "new thinking."

They only more clearly indicated the accelerated cessation of economic and military-political cooperation between the USSR and those countries. But in those of them where the authorities tried to withstand such detrimental external trends, Moscow decided to support anti-socialist movements. This particularly affected Romania and the GDR, which even Western experts who sympathize with the first and at the same time the last president of the USSR admit.

However, the bloody den was perpetrated for some reason precisely in relation to the head of Romania. Most likely, he was never forgiven for publicly condemning the entire post-Stalinist Soviet policy, and not just "perestroika." 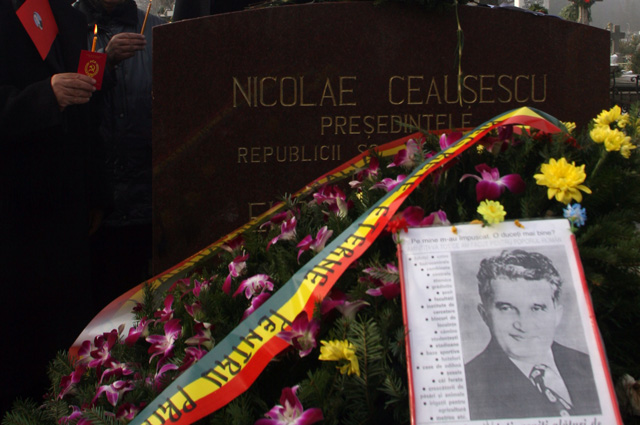 Nicolae Ceausescu, as you know, even intended to, according to his proposal at the last XIV Congress of the Romanian Communist Party (November 20-25, 1989), convene no later than December 1989 the international forum of the Communist Parties in Bucharest to collectively condemn "perestroika". Did not have time. But Nicolae and Elena Ceausescu still managed to sing the first verse of the Communist International before shooting.

But a communist must

The conflict between the Romanian communists and the Soviet ripened long before the mid-1980s. Shortly after the XX Congress of the CPSU, in 1958, the Romanian leadership achieved the withdrawal of Soviet troops from the country. And the Romanian media, starting from 1956 until the coup, periodically complained about the "subjective assessment of Khrushchev IV Stalin and the Stalin period in the USSR and many socialist countries of Eastern Europe."

10 years later, in the autumn of 1968, shortly after the “Prague Spring”, Bucharest quite officially took a firmly negative stance on the notorious military operation “Danube”. Protests against the entry of Soviet, as well as Polish and German troops into Czechoslovakia spilled out even onto the streets of the Romanian capital and major cities.

N. Ceausescu very explicitly refused to support the position of the USSR in its conflicts with the PRC and Albania. In fact, in response, Moscow in the early 70s refused pipeline supplies of oil and gas to Yugoslavia and Austria in transit through Romania. Soviet hydrocarbons were pumped through Hungary and Czechoslovakia. True, the USSR-Romania-Bulgaria-Greece gas pipeline was soon built, but Sofia received higher transit payments from it than Bucharest.

Romania deliberately demonstratively developed relations with the PRC, DPRK and Albania, "non-pro-Soviet" as with Israel, with Pinochet’s regime in Chile, with Polpot’s Cambodia and Egyptian leader Anwar Sadat, who did not hide his sympathy for Hitler. In addition, the Romanian authorities refused to inform Moscow of the negotiations between Nicolae Ceausescu and the PRC leadership in Beijing in 1971, 1973. and in Bucharest in 1978, with Kim Il Sung in Pyongyang in 1978, with Paul Then in Bucharest and Phnom Penh (1977-78). 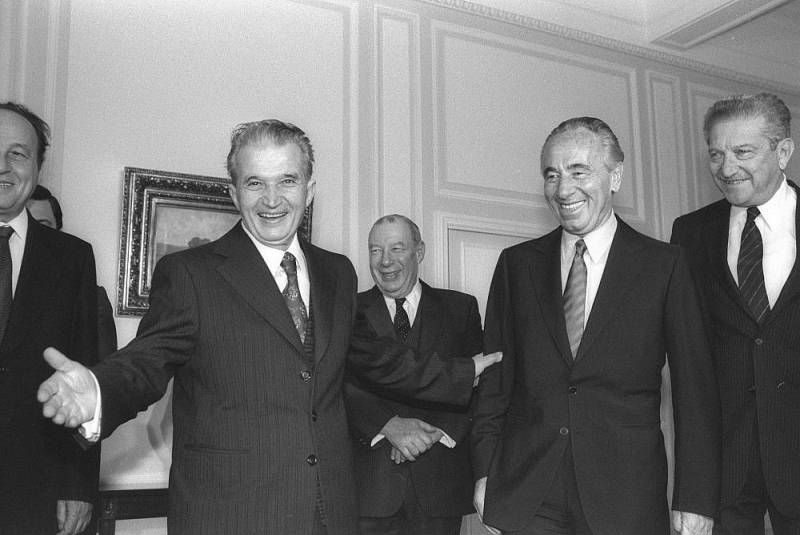 Nicolae Ceausescu and Israeli Prime Minister Shimon Peres
All these facts and factors almost led to an open conflict between socialist Romania and the USSR at the turn of the 60s and 70s of the last century. In this regard, the leadership of the CPR (Socialist Republic of Romania) and personally N. Ceausescu voluntarily or involuntarily became a virtually “mishandled” ally of the West in organizing the Warsaw Pact and the CMEA.

Romanian leaders since the mid-60s have become frequent guests of Western governments. For example, the US President and Secretary of State - Richard Nixon and Henry Kissinger - made a triumphant visit to Bucharest shortly after the Sino-Soviet conflict on Damansky Island; shortly before, Ceausescu made an equally solemn visit to France, where Charles de Gaulle was still president (until May 1969).

It is not surprising that Romania then began to receive growing Western financial and economic assistance, including soft loans from the IMF. Where it, the only pro-Soviet socialist country, was taken in 1977 (soon Poland and Hungary were also recorded in the IMF).

Moreover, since the late 70s in Romania (at a special plant in the city of Pitesti in the south of the country), with the help of the Federal Republic of Germany, France, China, Israel, and Pakistan, the atomic weapon. Thus, N. Ceausescu demonstrated to Moscow the desire, as they say, for self-sufficient, and at the same time high-power defense capability of the country. By the end of the 80s, nuclear charges were already preparing to be launched into series, but a sharp deterioration in the socio-economic situation in the country forced to interrupt the project.

The economic obstruction of Romania by the USSR and its allies (especially Bulgaria, Hungary, and Czechoslovakia) has been steadily increasing since the late 70s. And since 1987, the West began to draw the same line, taking into account the stiff opposition of Bucharest to Gorbachev’s politics.

The situation for Romania was aggravated by the disintegration of Yugoslavia that began, as well as Beijing's easing of confrontation with Moscow, which took place against the backdrop of the active development of political and economic relations with the United States. 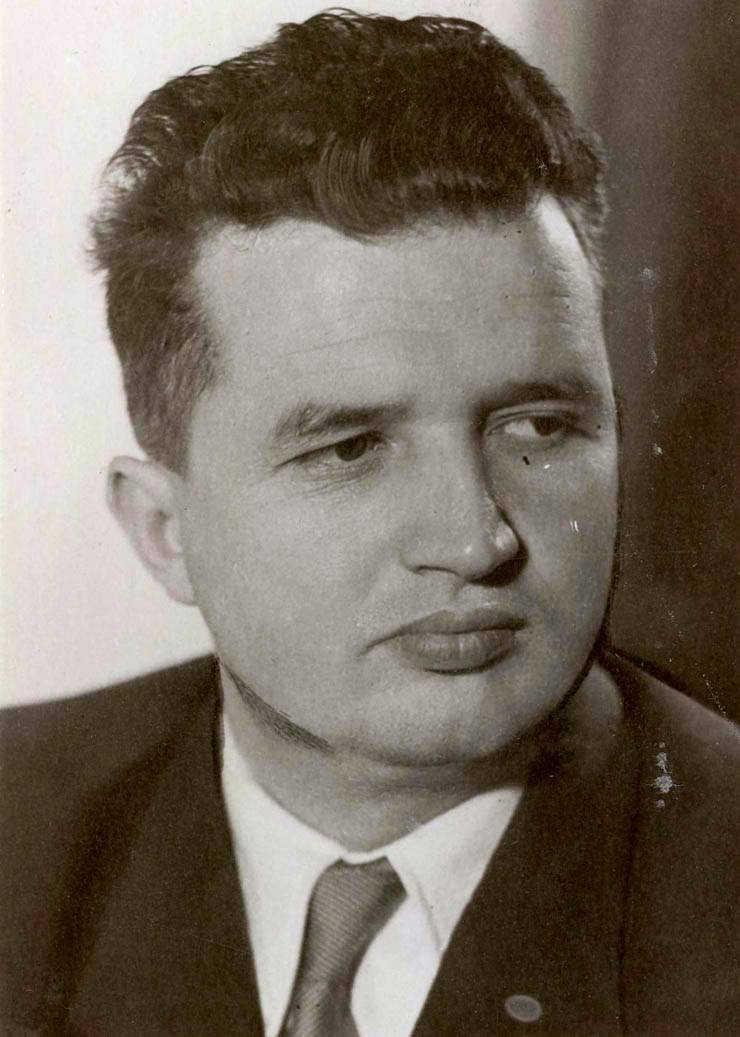 In young Nikolai it is difficult to guess the future "conductor"
And the Romanian leader stubbornly continued to sharpen criticism of Gorbachev’s policy, increasingly trying on the title of “conductor” - a leader, a leader like the Italian “Duce”. He insisted on convening a world forum of communist parties in Bucharest, including the Stalinist-Maoist, to condemn it. But Moscow naturally rejected this proposal, which was confirmed by Gorbachev during his last meeting with Ceausescu on December 4, 1989 in Moscow.

At the same time, N. Ceausescu ensured that Romania paid almost 1987% (nearly 1989 billion dollars) of its debt to the West in 95-20. But, of course, with obvious consequences for the economy and living standards in the country. It is clear that under the prevailing conditions, the economy and especially the social sphere of the country “collapsed”, and this increased the opposition of the population and, accordingly, intensified the repressions of the Securitate (Romanian KGB).

Meanwhile, the subversive actions of the West, the USSR and most of the "fraternal" European social countries against Romania intensified. They included sabotage at a number of enterprises, railways, and energy facilities.

Here is the testimony of Simon Stephanie, who in 1989-90 served as head of the Albanian KGB ("Configrimi"):

"We received, including from colleagues from the DPRK and the GDR, and transmitted information to Bucharest about meetings of emissaries of the KGB, CIA and BND (intelligence of Germany. - Approx. Aut.), Held in 1988-89 in Hungary and Bulgaria for the plan for overthrowing Ceausescu was also transmitted. Data on the transfer of weapons and special groups to the CPR to provoke unrest was transmitted. We offered Securitate closer cooperation, but its leadership agreed to this only in early November 1989, which was already too late for the CPR " .

Why did the Securitate so late agree to such a Tirana proposal? Probably because there were already coups in her leadership? The coup in Romania began on December 17 with the provocative firing of special groups in the form of “Securitate” against residents and demonstrators in the city of Timisoara in northwestern Romania. 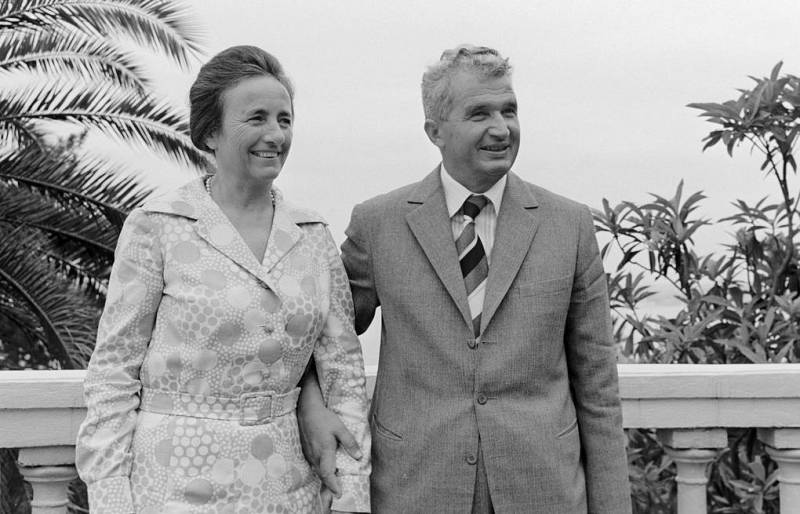 10 days before, the president of the country, visiting Tehran, tried to persuade the Iranian authorities to urgent financial and political assistance to Romania. But he did not get a clear answer. And four days before the coup, the North Korean embassy in Bucharest, according to some sources, suggested that the Ceausescu couple should evacuate North Korea to North Korea by plane, but the conductor refused. He often said in November-December 89th: "They will not dare to touch me." But Ceausescu was mistaken ...

All this, taken together, quickly led to a bloody denouement - the shooting of the Ceausescu couple under a judicial screen. And in the presence of Reuters correspondents. But in storiesas you know, nothing happens without consequences. So in the case of the execution of the Ceausescu couple - almost all involved in it subsequently either committed suicide or died under strange circumstances ...