In Ukraine, opened a criminal case on the passage of the train on the Crimean bridge 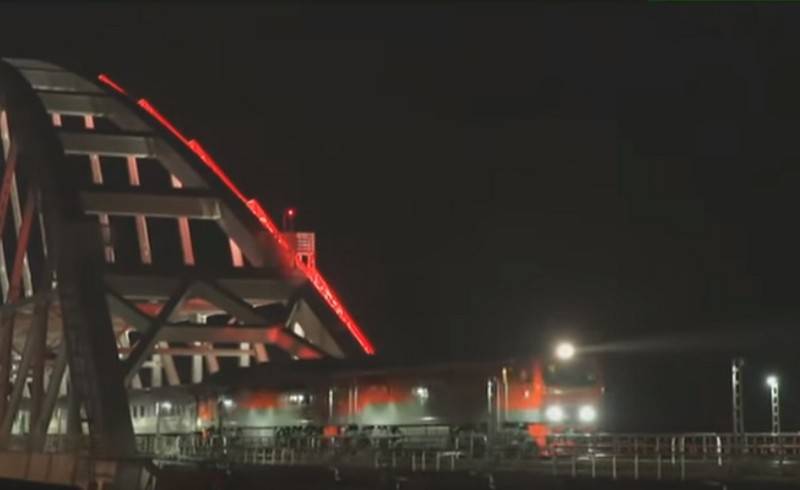 In Ukraine, they responded quite predictably to the passage of the first passenger train over the Crimean bridge. The so-called "Crimean prosecutor's office", which is part of the structure of the General Prosecutor's Office of Ukraine, opened a criminal case on this fact. The prosecutor's office announced this in its Telegram channel.


According to the report, the criminal case was opened on the fact of "illegal crossing of the state border of Ukraine by a Russian passenger train." The prosecutor's office of the "Autonomous Republic of Crimea" (located in Kherson) called the passage illegal and promised to give a legal assessment of the running passenger train traffic on the peninsula.

The Prosecutor's Office of the Autonomous Republic of Crimea registered a criminal investigation into the illegal crossing of the state border of Ukraine through the Kerch Bridge by a passenger train St. Petersburg - Simferopol (...) This information has been entered into the Unified Register of Pre-trial Investigations of the Appeal of the Office of the President of Ukraine in the Autonomous Republic of Crimea
- said in a statement

In the message, Russia was again called the "occupying country" and was accused of violating the sovereignty and state integrity of Ukraine.

Such actions of the occupying country flagrantly violate the state sovereignty and territorial integrity of Ukraine, indicate a neglect of generally recognized principles and norms of international law
- stated in the prosecutor's office.

Recall that the first passenger train traveling from St. Petersburg to Sevastopol crossed the Crimean bridge on the night of December 25. Russia opened regular passenger rail links with the peninsula on December 23 this year.