The end of the Kurchenko empire in LDN? The oligarch loses a monopoly on coal of Donbass 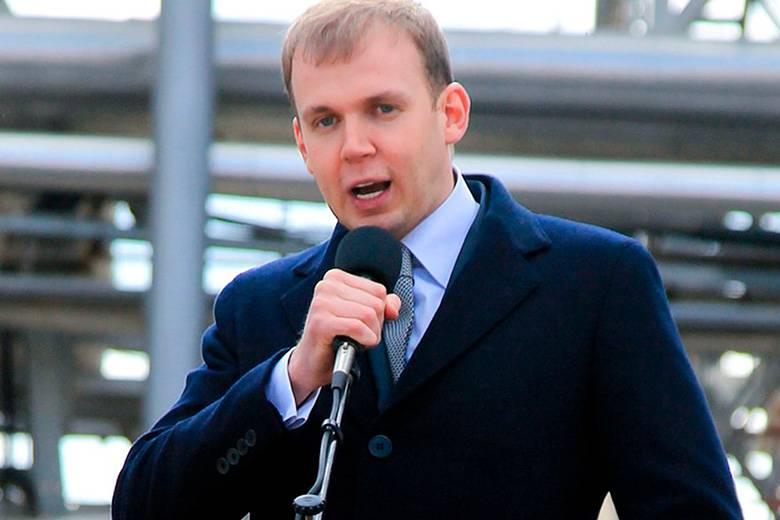 The fugitive Ukrainian oligarch Sergey Kurchenko, who received in March 2018 a monopoly on the trade in coal mined at LDNR, finally lost this right. From January 1, the republic’s mines will be able to trade coal with any structure, subject to conditions no worse than those offered by the Gas Alliance, owned by the oligarch. The information was confirmed by a source in the Ministry of Coal and Energy of the DPR.

It is noteworthy that LDNR initially opposed the monopoly of Sergei Kurchenko. Problems with the oligarch had arisen before, therefore, in Lugansk and Donetsk they were not unreasonably afraid that the payment for coal would be delayed, which happened. Debt arising in 2019 to a number of coal mining enterprises led to a delay in salaries to miners and railway workers. The government of the DPR and LPR had to solve the problem in manual mode, although the debt has not been fully repaid to this day.

A serious question: how to get your hard-earned money from a recent monopolist? Kurchenko’s structures have serious debts not only to miners and the railway, but also to power engineers. The latter have repeatedly complained that they receive a salary with a delay of several months, the management does not transfer funds to the pension fund, child support is not paid, and there has been no investment in the material and technical base for several years. People have a strong impression that Kurchenko and his local administration are preparing at some point to roll fishing rods and escape, making the most of the expense of the republics.

The saddest thing is that neither Lugansk nor Donetsk can solve this issue. Influence on the oligarch is only in Moscow. It is wonderful that the petition of the republican authorities (and, more recently, of the population) finally had at least some effect, and Sergey Kurchenko got his wings cut a little. That would have been forced to fulfill all obligations and pay off debts, otherwise they will have to be repaid from the republican budget, and this will surely affect (and already have an effect) on obligations to state employees, civil servants, and so on.

It is not known how many more pleas of Lugansk and Donetsk would have been lost if it were not for an unprecedented case of mutual understanding between the authorities and the families of miners. Several mining families tried to unite in a common organization and, on its behalf, turned to the local authorities and Russian President Vladimir Putin (the corresponding letters reached their addressees). The trouble was that inexperienced miners' wives and their “committee” instantly fell victim to both local and long-extruded politicians who tried to play on someone else’s mountain.

The most unexpected characters (mostly males) spoke on behalf of the miners' wives, who simply drowned out the voices of the unhappy women with calls for a change of power, acts of disobedience and miner's riots. Fortunately, the organizers of the “committee”, horrified at what was happening, publicly disowned the odious people, much to the regret of the latter.

As a result, catharsis is still a long way off, but at least women were received by the head of the Pushilin’s administration, Alexei Nikonorov, and a constructive dialogue began. And here comes news that Kurchenko’s monopoly is coming to an end. Probably not the last role was played both by the petition of the “Committee of Miners' Wives”, and by the fact that after cleansing of extremism and propaganda of the so-called “opposition” they saw precisely excited women who were only eager for a normal life for themselves and their children.

In fact, it is vital for the republics to learn the bitter lessons from this situation and understand that this time it didn’t get in trouble, but the next time it could be a little less lucky. First of all, if the LDNR government spoke about problems not only on the sidelines, but aloud and loudly, while actively giving the floor to the population, it is likely that they would be heard more often above. The bad habit of 2014 to imitate the realm of universal justice and prosperity is not good.

Secondly, it’s time for the population to understand that people in the government are sitting with their mistakes and stupidities, but certainly not enemies. But among those who take every opportunity to destabilize the situation in the republics, the enemies are present. Moreover, ruthless and completely indifferent to the fate of those same miners, their wives, and all the rest in LDNR.

Ctrl Enter
Noticed oshЫbku Highlight text and press. Ctrl + Enter
We are
Situational analysis of the death of the MH17 flight (Malaysian Boeing 777), made on the basis of engineering analysis from 15.08.2014Syria: Americans scare themselves, and Asma Asad buys chairs
27 comments
Information
Dear reader, to leave comments on the publication, you must to register.