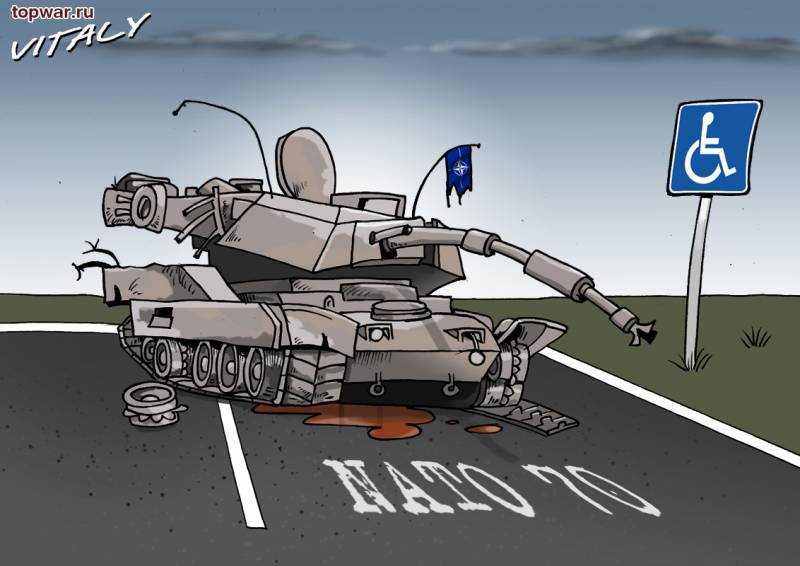 The “great and mighty” North Atlantic Alliance is going through almost the worst of times in its stories. NATO is in a state of systemic crisis caused by inconsistent actions of the participants and uncertainty with the development strategy and self-identification in general.

Who is the enemy here

Seven decades ago, at the height of the Cold War, the North Atlantic Alliance was created exclusively to confront the Soviet Union and Moscow-controlled socialist camp in Eastern Europe. Then the meaning of the existence of NATO was unambiguous, no questions about why such an alliance was needed at all could not exist in principle. Both in Brussels, and in Washington, and in Lisbon, and in Ankara with Athens, they were afraid of “communist expansion” like fire and built a system of pan-European defense about a possible conflict with the USSR and its allies.

After the Soviet Union collapsed in 1991 and its allies in Eastern Europe moved away from the socialist path of development, NATO faced the inevitable question of the further meaning of existence. For some period this meaning was found - the fight against terrorism, the benefit of the troops of NATO countries were involved in military operations in Afghanistan, Iraq, and several other states. But wherever NATO troops were present, they showed their complete failure. Estonians, Belgians or Poles are unable to fight terrorists in Afghanistan or Libya without the American army. 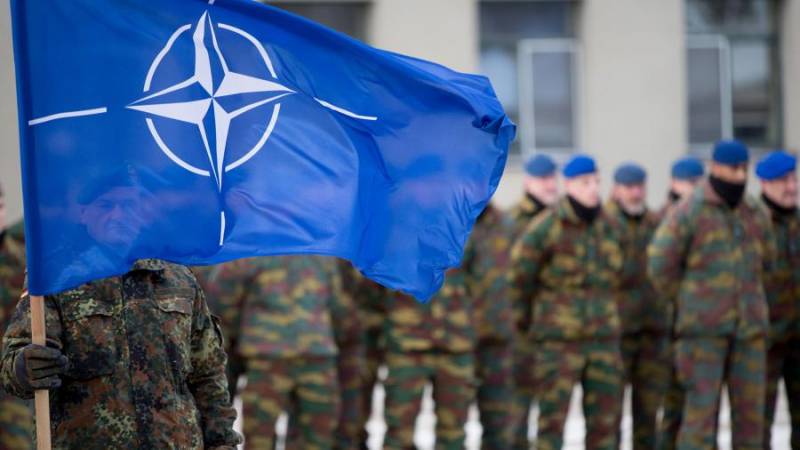 Moreover, it was not very clear why this fight against terrorism was necessary beyond the borders of Europe, when in Europe itself the same pan-European government opens the borders for millions of migrants from the countries of the East, among which potential terrorists inevitably turn out to be. It turns out that while European soldiers are dying in faraway Afghanistan, European customs and migration officials are willing to let in the EU countries the citizens of the same Afghanistan, and even Somalia and Mali in addition.

By the way, the NATO bloc was also unable to cope with the solution of the task of protecting the southern borders of the European Union from waves of uncontrolled migration. The alliance was powerless in front of hundreds of thousands of Libyan, Syrian, Iraqi, Afghan refugees and displaced persons. The reasons for this are both the disagreement of the actions of the allies in the bloc, and the general position of the EU leadership, which, in general, did not object to migration.

Russia is not suitable for the role of the enemy

Well, which Russia is the enemy for Italy or Portugal? And France and Germany have not considered Russia as an enemy for a long time, moreover, they are in favor of expanding cooperation in key areas, understanding that without Russia it is not possible to talk about collective security in Europe.

The exceptions are countries of Eastern Europe, primarily Poland, Latvia, Lithuania and Estonia, as well as partly Scandinavian Norway and Denmark. In Poland and the Baltic republics, Russophobia has been elevated to the rank of state ideology; therefore, these countries are just interested in increasing NATO militancy, insist on the deployment of ever new military contingents, on the construction of military bases. This is understandable, given that the appearance of new military facilities in Poland and the Baltic States inevitably entails financial injections in the form of various subsidies and military assistance.

Thus, in NATO there is a clear separation of interests. There is the United States and Great Britain, for which military cooperation with Poland, Romania and the Baltic countries as a kind of containment belt of Russia is of paramount importance. And there are other NATO countries, primarily France, Germany, Italy, for which Russia is not an enemy, and which themselves have long been talking about the crisis of the North Atlantic Alliance and the need to build a separate pan-European defense system.

Finally, there are two more NATO members who are in very difficult relations with each other and at the same time have special ties with Russia. These are Turkey and Greece. 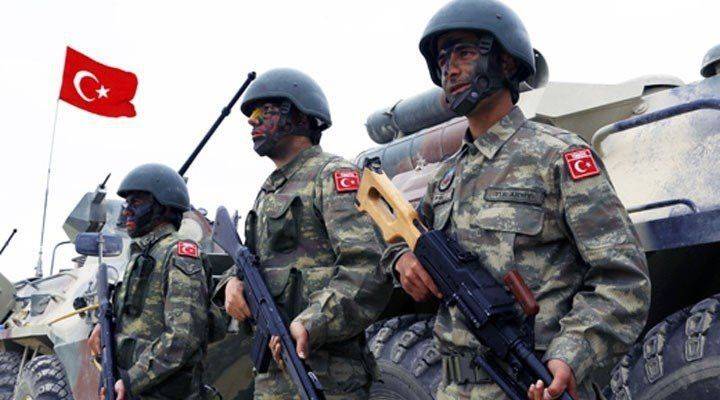 With the United States, there is great tension in relations with the United States, precisely because of Recep Erdogan’s excessively independent line, the purchase of which the Russian S-400 air defense system became a spit in the face of Donald Trump, who was trying to connect all possible and impossible levers of pressure in order to warn Ankara from this step. The Turks did not obey. This did not lead to any particularly serious consequences for them, which actually means: the Americans gave the back, because the Turks as military-political allies are still very significant for them.

However, in the context of US-Turkish controversy, Washington has linked more and more hopes with Greece. Now the Americans, knowing the difficult Greek-Turkish relations, are deliberately strengthening military cooperation with Greece. Athens themselves are not opposed, but they have a purely applied sense of cooperation with the United States, not connected in any way with Russia.

The Greeks are interested in creating the most effective defense system in case of a possible conflict with Turkey. After all, the two "allies" in NATO are actually more likely enemies, not allies. While the problem of Northern Cyprus is smoldering, the Greek-Turkish conflict will not be resolved, and this problem will smolder forever: the Turks will not leave the northern part of the island peacefully.

The Greek leadership sees the deployment of American troops on its territory and the construction of new military bases as new and very effective guarantees against hostile actions on the part of Turkey. The leaders of Cyprus (its Greek part) also believe in the same way.

At the same time, both Greece and Cyprus emphasize special relations with Russia, in particular, not obeying the American demand to ban the entry of Russian ships into Greek and Cypriot ports. Everything is clear here too. The centuries-old history of help from the northern Orthodox neighbor, a common religion, cultural ties and huge communities - Russian in Greece and Cyprus and Greek in Russia, can not be helped.

Nevertheless, it was recently that NATO launched maximum activity at the Russian borders. Air flights of the Alliance member countries have become regular. Flight destinations are Crimea and the Baltic states. It is here that NATO acts most actively, considering the Ukrainian and Baltic directions as the highest priorities in the context of a possible conflict with Russia.

The reason for the buildup of such activity was the events of 2014 - the coup d'etat in Ukraine, the reunification of Crimea with Russia, the emergence of independent republics in Donetsk and Lugansk and the outbreak of armed conflict in the Donbass. All these events pushed the United States and NATO to intensify on the Russian borders, as they allowed us to consider Russia as a dangerous enemy, supposedly threatening European security.

Interestingly, despite the crisis of the alliance, the United States is diligently trying to attract more and more new countries. Montenegro and Northern Macedonia were admitted to the south towards NATO, the latter even changing its name for this purpose. There are plans to integrate Ukraine and Georgia into NATO. 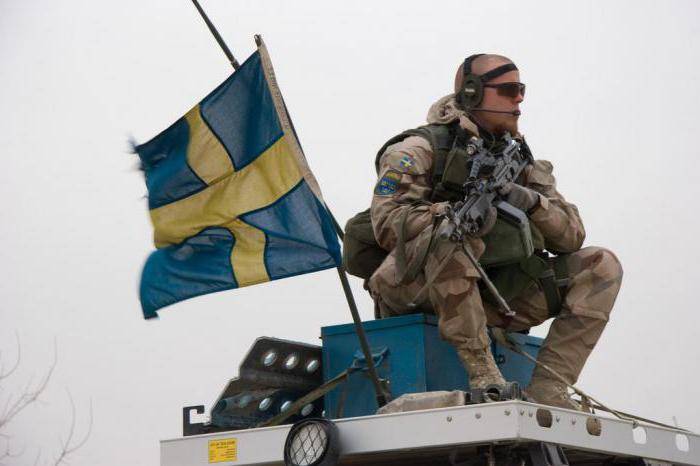 Finally, Washington and Brussels are actively working with Stockholm and Helsinki, comforting themselves with the hope of bringing Sweden and Finland into the alliance. The latter would allow us to multiply the military power of the North Atlantic Alliance in a very important northern direction. All of Scandinavia would then be part of NATO. And here we can proceed to cover an equally interesting point, which is precisely connected with attempts to drag the Scandinavian countries of Sweden and Finland into the bloc.

In search of a new paradigm, NATO can find it in the "military-environmental" direction. Environmental protection, as you know, is becoming an increasingly priority for governments in many European countries. No wonder Greta Tunberg became the symbol of 2019. In Scandinavia, in Germany, environmental movements are very popular. And the European press pays a lot of attention to environmental risks.

For the Scandinavian countries, ecology is generally a very painful topic. In this, Denmark and Norway are united as members of NATO, and neutral Finland with Sweden. And if the alliance is reoriented to the military-environmental direction, then there will be much more reason to involve Finland and Sweden in it. It turns out that these countries are not participating in an aggressive bloc, but in the ecological one, protecting the planet’s nature from certain “evil forces” that threaten the environment.

In this vein, Finland and Sweden joining NATO no longer seems like a fantastic scenario. Meanwhile, it is precisely such a bloc — the Scandinavians, Poles, Romanians and Baltic people, under the control of the United States and Great Britain — that Washington needs. Since they correspond to his plans for building rings of hostile states around Russia with American military bases and contingents stationed on their territory.

France, Germany, Italy, strictly speaking, no longer play a special role: they are interested in Trump and his entourage only as a source of financing rising military spending in Europe, since the United States is constantly trying to shift the main expenses to Berlin to support its military contingents and bases.

Therefore, NATO, no matter how strange it may sound, can turn into a kind of “military Greenpeace”, which will carry out operations against environmental pollution in all parts of the world. Under the protection of the environment, the promotion of our own economic interests and the struggle against real and potential competitors, especially in the field of energy production, are ideal.

Of course, the operations will not be carried out against American or French companies, but against Russian and Chinese interests, since now it is Russia and China that are carefully promoting the role of the main polluters of the environment. Under this ecological slogan, the North Atlantic Alliance will probably act in a new direction for it.