"Hero" in the army. Expected results 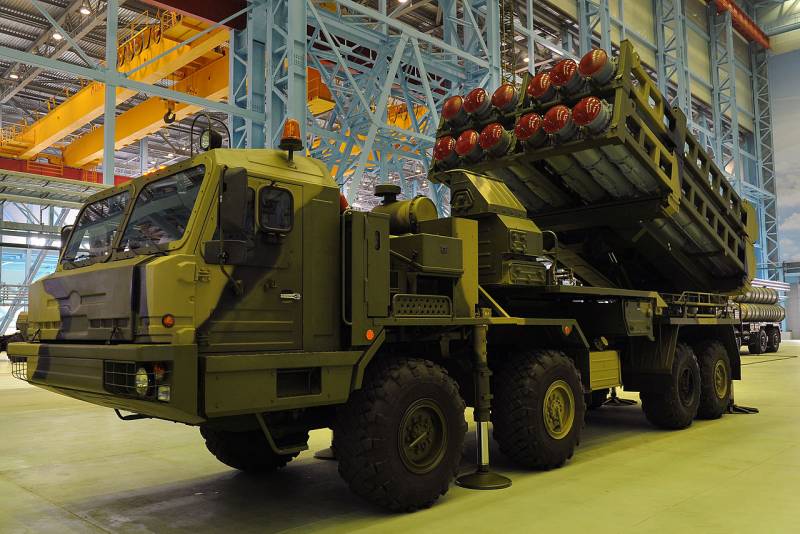 The Russian defense industry, represented by the Almaz-Antey Concern, delivered the first set of advanced anti-aircraft missile system S-350 Vityaz to the army. As planned, the air defense system was handed over to the troops before the end of the year and should soon go into operation. In addition, soon the armies will be given new “Vityaz” kits, which will allow starting the rearmament of the corresponding units of the air defense missile defense.

On December 23, the press service of the Concern East Kazakhstan Almaz-Antey announced the latest developments in the context of the S-350 project. On the eve of the Kapustin Yar training ground in the Astrakhan region, all the necessary measures were taken that preceded the delivery of the finished model of air defense systems. The army and industry jointly conducted acceptance tests, during which the S-350 successfully demonstrated its capabilities.

After that, the ceremony of transferring the system took place. In a festive atmosphere, representatives of departments signed an acceptance certificate. This event puts an end to one step. stories “Knight” and gives the start to the next.

Earlier this year, it was reported that the first set of new type of air defense systems is intended for the preparation of calculations that will work on serial equipment. The first operator of the “Vityaz” will be the Training Center of the VKS anti-aircraft missile forces in the Leningrad Region.

The training center will receive and master new equipment. At the same time, the Almaz-Antey Concern will continue mass production of promising air defense systems. In the future, this technique will be supplied to the combat units to replace aging samples.

Development work “Vityaz” was conducted since 2007 in the interests of the Russian Ministry of Defense. Then the army got acquainted with the actual developments of the Almaz-Antey concern and expressed a desire to get a new air defense system based on them. It took several years to design the complex.

At the beginning of the decade, the concern developer tested various components of the future air defense system, and in 2012-13. built the first experimental complex. In 2013, the means of the S-350 system were first shown to the public at an open event. In the same period, the Vityaz test site as a whole began.

Initially, it was supposed to complete the tests and bring the S-350 air defense systems to mass production by the middle of the decade. However, work on the project dragged on, including due to the need to refine fundamentally new components. The stage of state trials was completed only in the spring of 2019. However, despite such a shift in terms, the result of the work was a full-fledged air defense system with all the required components and necessary capabilities. 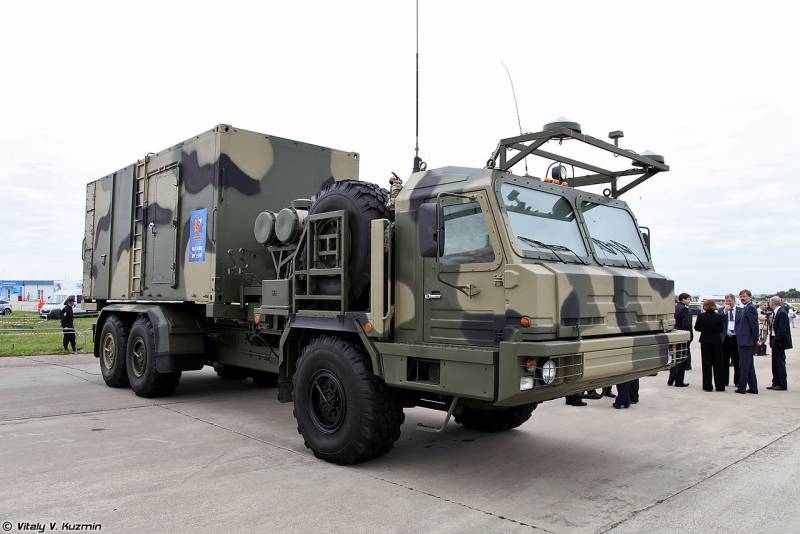 Control Point 50K6A
In the spring of this year, it was announced the start of production of the first serial “Vityaz”. This kit was planned to be transferred to the training center. A few days ago he passed the acceptance tests and was handed over to the army.

According to well-known data, the S-350 Vityaz air defense system includes several components for various purposes. These are the 50N6A multifunctional radar, 50K6A combat control station, 50P6A self-propelled launcher and three types of anti-aircraft guided missiles. A ZRS battery with one control point can include up to two radars and up to eight launchers.

Fixed assets of the complex are made on self-propelled chassis, providing high mobility. Deployment to a combat position takes about 5 minutes. The transfer of equipment can be performed both on roads and on rough terrain.

The radar and control center provide tracking of the air situation, search for targets and generation of data for firing. One complex with products 50N6A and 50K6A is capable of simultaneously shelling up to 16 aerodynamic or up to 12 ballistic targets. Two missiles are aimed at each target.

An important feature of the S-350 is the presence of three types of missiles at once to solve different problems. Ammunition includes products 9M100, 9M96 and 9M96M2 with different characteristics. With their help, defeat targets at ranges from 10-15 to 100-120 km. The height of the lesion is from 5 m to 20-30 km, depending on the type of SAM;

The 50P6A combat vehicle has a lifting launcher with mounts for installing 12 transport and launch launchers. Thus, the total ammunition of the battery can reach 96 missiles and provide high combat qualities.

The Vityaz air defense system was created as a modern replacement for obsolete systems of the S-300P family. The oldest samples of this line no longer fully meet current requirements, which led to the order to develop a completely new complex. As the S-350 is mass-produced and delivered, the Russian army will be able to gradually abandon the obsolete air defense systems.

Such a replacement has several positive consequences directly related to the characteristics of the S-350. The new Vityaz was developed taking into account the experience of operating the S-300P and modern threats, as a result of which it has a number of important differences.

First of all, the effectiveness of air defense is enhanced through the use of modern electronic components with increased productivity. The Vityaz equipment is capable of faster and more accurate processing of larger amounts of data with understandable results in the context of combat use. It also provides full compatibility with modern means of communication and command and control of the air defense missile defense. 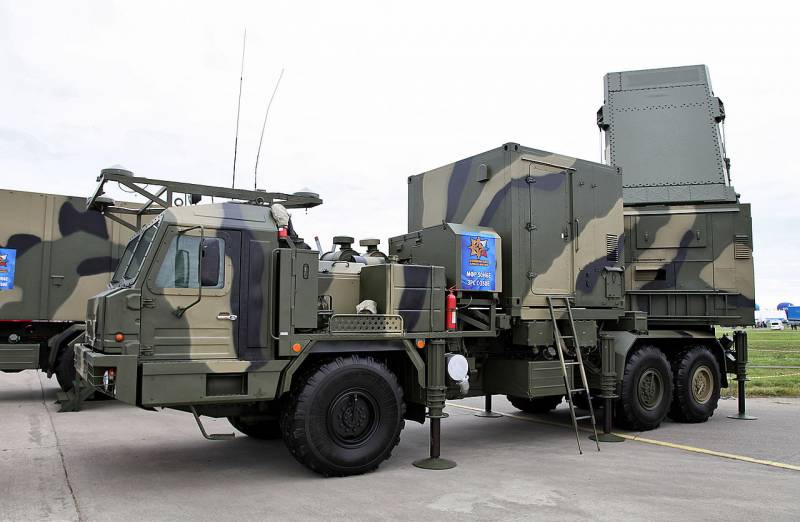 Multifunction radar 50N6A
Ammunition includes three types of missiles with different characteristics. This provides a choice. weapons depending on the characteristics of the goals and the current situation. Missiles with high flight performance and the ability to maneuver with heavy overload are capable of intercepting both aerodynamic and ballistic targets - up to the warheads of medium-range missiles.

The process of testing and refinement of the S-350 anti-aircraft missile system was noticeably delayed, and the originally called dates shifted by several years. Nevertheless, the work was still completed with the desired result. The East Kazakhstan Concern Almaz-Antey has developed, tested and put into a series new models of equipment for the aerospace forces.

A few days ago, the first serial set of Vityaz air defense missile systems completed acceptance tests and was handed over to the army. He will participate in the preparation of calculations. In the near future, the transfer of the next production model is expected. According to various sources, in the next years it is necessary to supply several dozens of S-350 sets, due to which a complete replacement of obsolete S-300P modifications will be performed.

The production of dozens of S-350 Vityaz air defense systems will take several years and will require appropriate funding. Such re-equipment of air defense and missile defense is provided for by the current state armament program. Moreover, the first step has already been taken in this direction - the serial “Vityaz” has been transferred to the customer, which allows him to gain new opportunities in the field of defense.

We are in Yandex Zen
How will the fight of the Russian “Vityaz” with the advanced Israeli “Barak-8ER” end? Market and theater dominance
Gaps and windows in the anti-missile umbrella of the country. Aerospace defense troops at the present stage
43 comments
Information
Dear reader, to leave comments on the publication, you must to register.