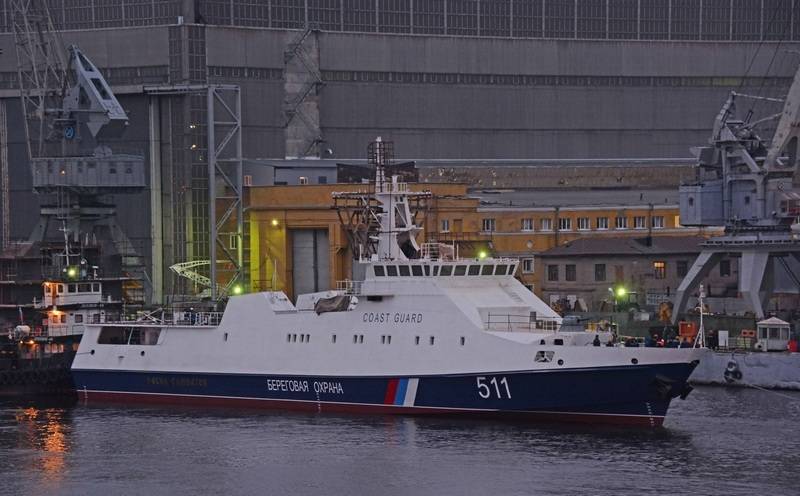 In St. Petersburg, the Rasul Gamzatov border patrol ship of project 22460 was launched. The ceremony was held on December 21 at PAO Shipbuilding Company Almaz.

PSKR "Rasul Gamzatov" is the eleventh ship of project 22460, built at the SF "Almaz" in St. Petersburg. In total, the Coast Guard of the border troops of the FSB of the Russian Federation, together with the PSKR data, will have 14 patrol ships of this project, 13 of which have already been commissioned and one (Rasul Gamzatov) is being completed. Three PSKRs were built in Vladivostok at OAO Vostochnaya Verf.

Ships of project 22460 are designed to protect the maritime border, territorial waters and the continental shelf, as well as for rescue operations, environmental monitoring and the elimination of the consequences of natural disasters. The armament of the ship is one 30-mm automatic six-barreled artillery mount AK-630 and two 12,7 mm machine guns. There is a platform for placing a helicopter. It is technically possible to deploy launchers of anti-ship missiles Uranus and an A-220M gun mount.

We are in Yandex Zen
14 and the last in the series. On the "Almaz" laid a sentry project 22460
In St. Petersburg, launched a border patrol project 10410
50 comments
Information
Dear reader, to leave comments on the publication, you must to register.