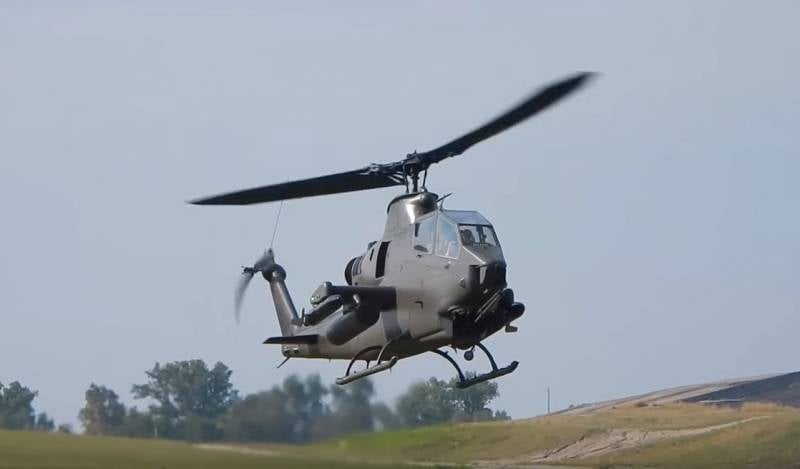 On December 18, the South Carolina Highway Patrol announced that a drunk driver was thrown into jail after damaging a fully restored 1 AH-1967F Cobra attack helicopter in the region of half a million dollars.

A car driven by a drunk man turned off a highway at Columbia Airport and rammed a rotorcraft. As a result of the collision, no one was injured, the perpetrator of the incident was arrested.

The helicopter, nicknamed "Annie" in honor of actress Ann-Margaret for her "contribution to the morale of American troops around the world," was placed on the side of the highway as part of a demonstration held by the Veterans Charitable Foundation.

"Annie" served in the United States Army from 1967 to 2001. She spent five years in Vietnam. She participated in the Persian Gulf War and she was hit by a drunk driver
- one of the veterans commented with indignation on this event, saying that it would take a lot of manpower and resources to restore the helicopter.

According to a special program, the injured rotorcraft visited 150 schools and was able to see 100 students.

My heart hurts so much because of all the hard work we put into this helicopter. They don’t do it anymore ... this is ours история
- said program manager Lori Wicker.

Sober or slammer! The driver who wrecked into this helicopter was arrested for DUI! This holiday season, drink responsibly !!!!!!!! pic.twitter.com/8oDbGpmN01

The Mother of ALL Drunk Driving Accidents !! For every student that has seen "Annie" lets get a 1000,000 likes by Christmas !!!